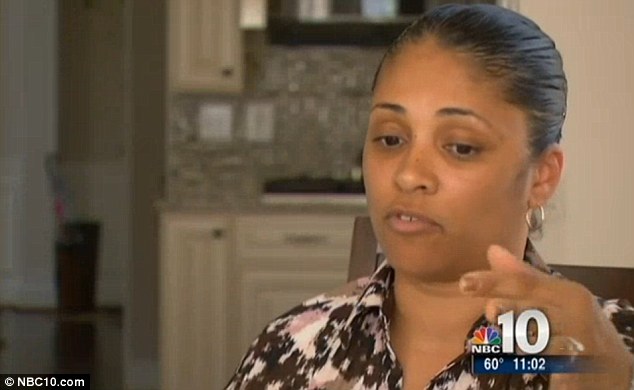 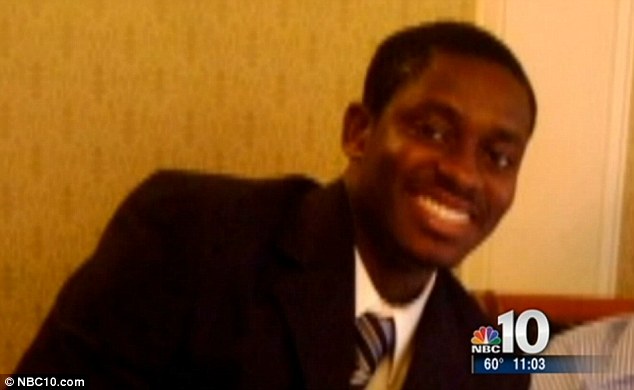 Teacher and adviser: Philip Aidoo asked the students to list books they would like to read on their own and the ninth grade student requested Fifty Shades – which he then ordered online 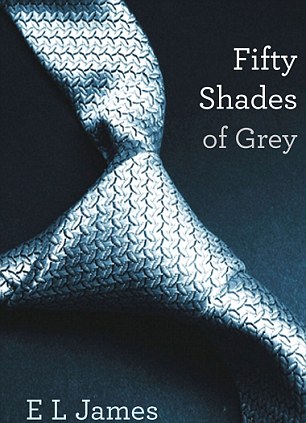 When she quizzed the teen about it, he told her that Mr Aidoo bought it for the independent reading period of the class.
The teacher and adviser asked the students to list books they would like to read on their own and the ninth grade student requested Fifty Shades.

Ladson told NBC10.com: ‘The minute I found out about it, it raised concern. This is not OK to me. This is major.
‘It clearly states on the cover, that the book is for mature audiences and has high sexual content.
‘This was a 100-percent act of negligence. There should never be pornographic material purchased and distributed to a student by a school teacher.’
She acknowledges that her son asked for the book.
Eastern University Academy Charter School Chief Operating Officer Yvonne Turner said Aidoo did not know what the book was about and said it was a genuine mistake.
But Ladson said she doesn’t believe the teacher did not know the hugely popular book was filled with pornographic material.

Officials then held a meeting and made a recommendation of action, but Ladson wasn’t satisfied with this, so she filed a grievance with the school’s board of trustees.

When they decided this week to suspend the teacher, the mother said it was still not enough and has called for him to be fired.
The school held a meeting with parents and told them about the situation with Mr Aidoo – who has been an adviser at the 7th and 12th grade school for several years.

‘We all agree that it was a very serious mistake, however, it does not warrant a termination,’ Turner said. ‘We heard nothing but high praises and support for Mr Aidoo.

‘We have to deal with these things in a fair and impartial way which the school has attempted to do.’
Ladson is planning on protesting outside the school on Monday.
Read more: http://www.dailymail.co.uk/news/article-2319161/Mother-calls-sons-teacher-fired-bought-Fifty-Shades-Grey-teen-read-class.html#ixzz2SMvaX2EL