Scroll to the bottom for video:

A mother of two was allegedly trying to hold up a Subway sandwich shop in Tulsa, Oklahoma, but instead of cash, she got the shock of her life.

Police said 25-year-old Lorna Hampton attempted to rob the eatery while her young children were waiting in the car outside, but a quick-thinking employee stopped the would-be robber in her tracks by Tasering her.

The incident that happened shortly before 9pm on April 26 was caught on a surveillance video, which shows a woman entering the restaurant and approaching the side counter. 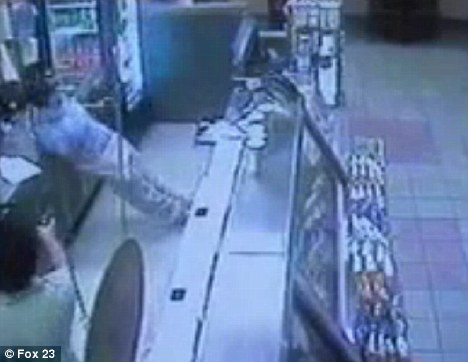 Zapped: A Subway clerk shot Lorna Hampton with a Taser while she was allegedly trying to rob the eatery 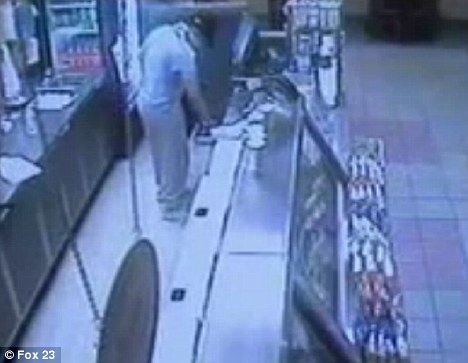 Suspect: Moments before she was incapacitated, Hampton could be seen in the video opening the cash register and grabbing money

The store clerk later told the TV station Fox 23 that Hampton pointed what turned out to be a BB gun at him and demanded money, but instead of complying, he raced to the back to fetch his Taser.

At that point in the video, the woman could be seen jumping over the counter and beginning to take cash out of the register. A moment later, the worker returned and shot the robber with his Taser gun, plastering her to the floor. 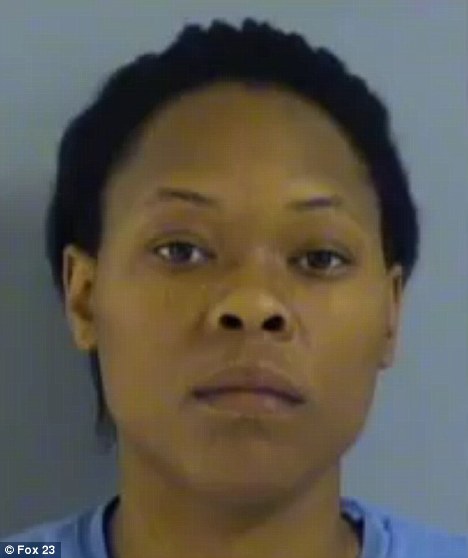 Mom: Police said Lorna Hampton left her two young children outside while she went to rob the restaurant

The employee left the Taser prongs attached to the 25-year-old in case she tried to get up. While the employee and his co-worker waited for police to arrive, they say the incapacitated woman was still trying to rob the eatery.

‘She was still trying to get up and she was still reaching for the money,’ said the employee. 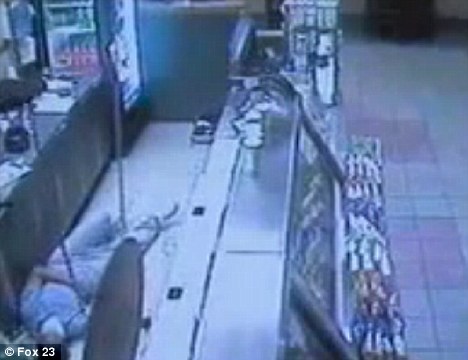 Grasping: The employee who Tasered Hampton said the woman still tried to reach for money while lying on the floor 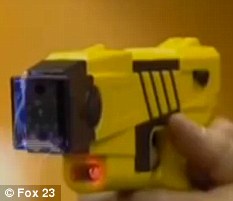 Harpooned: The Subway clerk left the Taser prongs attached to Hampton to stop her from fleeing

The quick-thinking Subway clerk said he felt bad for the would-be robber, who was weeping and begging him to let her go for the sake of her children.

Officers who arrived on the scene found Hampton’s two-year-old and five-year-old still in the car. The children were later released to a family member.

According to court records cited by the station KTUL, Hampton is facing two counts of child endangerment and robbery with a firearm.

This is not Hampton’s first run-in with the law. In 2010, she received a deferred sentence on an assault with a dangerous weapon charge, according to court records.