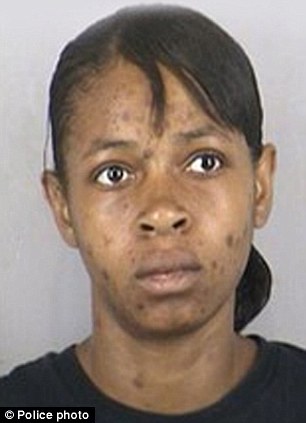 Arrested: Jacole Prince from Kansas City, Missouri, was charged on Saturday with assault and child abuse and endangerment in Jackson County Circuit Court

Police have identified the mother charged with abusing her 10-year-old daughter who weighed just 32 pounds when she was found locked in a closet that reeked of urine, surrounded by her own waste.

Jacole Prince from Kansas City, Missouri, was charged on Saturday with assault and child abuse and endangerment in Jackson County Circuit Court.

The girl, identified only as ‘LP’ to protect her identity, told detectives that her mother puts her in the closet ‘a lot,’ that she doesn’t get to eat every day and her mother will ‘punch her on her back real hard,’ according to authorities.

The girl was about a third of the weight that she should have been and was wearing a toddler’s t-shirt when she was found in the closet which had been rigged so that it could only be opened from the outside.

Prosecutors are requesting that bond be set at $200,000 for Prince.

Officers freed the girl after responding on Friday morning to a call to a child abuse hotline. Neighbors told police that they didn’t know the malnourished child taken from the public housing complex even lived there.

When officers first arrived, two women told the officers that the mother had left about 20 minutes earlier with two girls, whom they described as ‘clean and well fed,’ a Kansas City officer said in the probable cause statement. 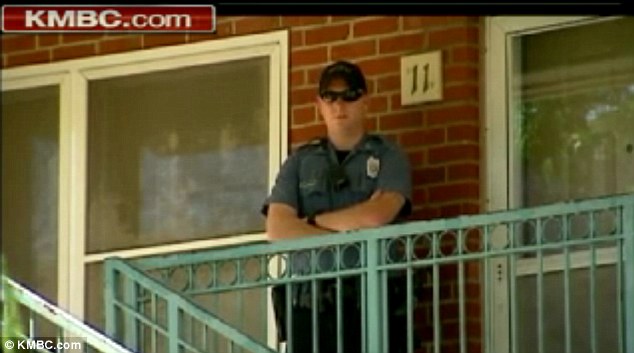 Location: The girl was discovered in the apartment in the 1300 block of Highland Avenue in Kansas after officers were sent there on a welfare check 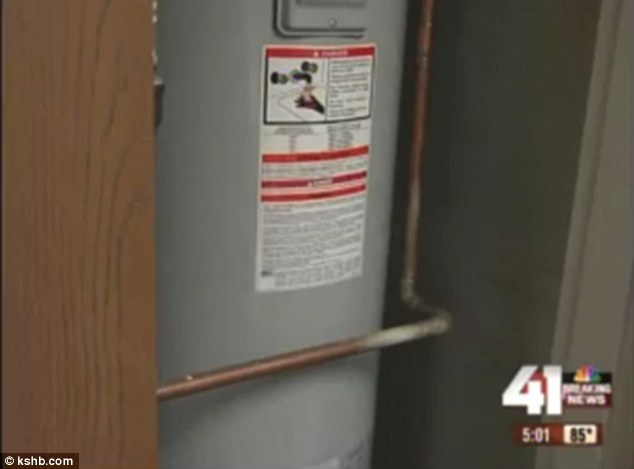 Locked up: A utility closet similar to the one the 10-year-old girl was found in, surrounded by her own waste

A social services worker said there should be three children at the home. But the women insisted, ‘No, we have lived here for several years, and she only has two daughters that stay here, and we have never seen the other girl, but we heard she stays with the father or an aunt,’ the probable cause statement said.

Officers ultimately made their way into the apartment, where they found a portable crib pushed up against a bedroom closet, which was tied closed. The officers asked if anyone was inside.

A child’s voice answered ‘yes,’ the probable cause statement said.

The girl told officers that her mother took her sisters out to breakfast, but she didn’t go because ‘she messes herself.’ 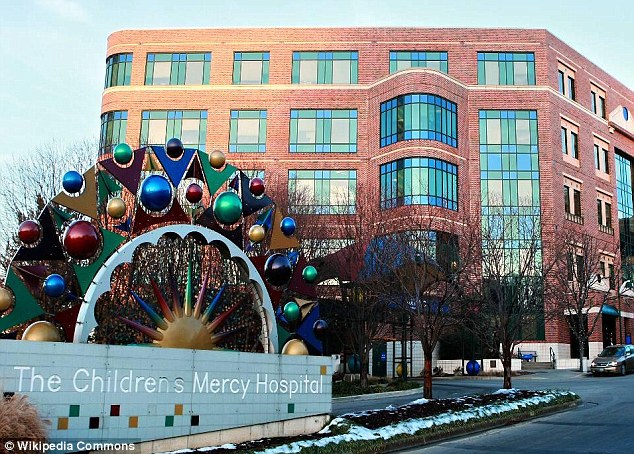 Tragic: A girl, 10, was treated for multiple skin injuries at Children’s Mercy Hospital (pictured) in Missouri after she was found weighing only 32 pounds

The girl was transported to a Children’s Mercy Hospital, where she was diagnosed with multiple skin injuries. Hospital staff said she had gained just 6 pounds since she last was at the hospital six years earlier.

KMBC reported that the girl had been in hospital for ‘failing to thrive’ in 2006 and it wasn’t clear why she had fallen through the net.

The girl told detectives who interviewed her at the hospital that that she ‘does not want to go back home anymore’ and she said she gets in trouble ‘because she keeps peeing on herself,’ according to the probable cause statement.

Prince was arrested later Friday and the two younger children were placed in protective custody. She told police she doesn’t let the 10-year-old leave the house because she knows the girl is malnourished and would ‘get in trouble if someone saw her.’

Prince’s boyfriend, who is not the girl’s father and hasn’t been charged, said he hadn’t seen the girl in about a year. He said that when he asked about her, the mother told him she was with her aunt or in her room because she was in trouble. He said he never knew the mother put the girl in the closet or ‘he would have done something about it,’ the probable cause statement said.

The mother’s profile picture on Facebook is a photo of one of her children. She appears to be loving towards that particular child, asking her friends to vote for the girl in a ‘cute baby contest’.

Mike Mansur, a spokesman for the Jackson County prosecutor’s office, said the mother hasn’t said why she singled the girl out.

Being White in Philly