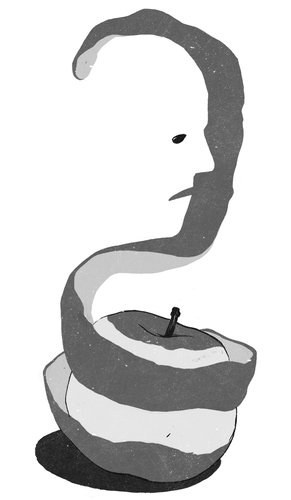 ON Wednesday, the Supreme Court will hear oral arguments in Fisher v. University of Texas, the latest in a long line of conservative assaults on affirmative action that dates to the late 1970s. Nearly a decade has passed since the court, in Grutter v. Bollinger, approved the continued use of race as one factor in an individualized, “holistic” review of an applicant’s qualifications for higher education. Now even such limited consideration of race is being challenged.

Abigail Fisher, who is white, graduated from a Texas public high school in 2008 and barely missed out on automatic admission to the University of Texas at Austin under the Texas Top 10 Percent Law. When she was later denied admission after an evaluation that considered a candidate’s race, she sued, alleging racial discrimination.

Supporters of race-conscious affirmative action in higher education are not optimistic that it will survive. But they shouldn’t despair. A Supreme Court ruling against the university might put ethnic and racial diversity on college campuses on a firmer footing for the long term. It would spur Americans who care about racial inequality to seek alternatives to affirmative action by addressing the deeply entrenched disadvantages that lower-income and minority children face from the beginning of life.

Race-based affirmative action has been a woefully inadequate weapon in the arsenal against inequality. It treats the symptoms but not the root causes of an underlying social problem. It is limited to the more selective private and public colleges (those that accept fewer than half of all applicants), which together account for about 20 percent of all freshmen. By my estimate, between 10,000 and 15,000 black and Hispanic students enroll in selective colleges every year through race-conscious policies. This is about 1 percent of the entering freshman class nationwide and just 1 percent of all black and Hispanic 18-year-olds.

Graduation rates are higher for all students, not just underrepresented minority students, at more selective colleges. The trade-off is that students who are admitted through affirmative action (and who often have weaker academic credentials than their peers) are more likely to graduate toward the bottom of their class. Analyzing data from eight elite colleges (five private, three public) from 1999 and 2003, my colleague Alexandria Walton Radford and I found that one-half of black students and one-third of Hispanic students graduated in the bottom 20 percent of their class.

We also found that self-segregation dilutes the educational benefits of diversity that proponents of affirmative action rightly prize. Only half of the students in our sample reported having a roommate or close friend of a different race (or a different Hispanic ethnicity) during college. Finally, when asked about their level of satisfaction with the academic and social aspects of their college years, upper-middle-class white students reported the greatest satisfaction and working-class black students the least.

To be clear, I believe that race-conscious affirmative action is necessary, and often beneficial — though I am not hopeful that the court will agree. Our study showed that eliminating it would reduce the number of black students by about 60 percent, and the number of Hispanic students by about one-third, at selective private schools. We also showed that there is no substitute policy, including preferences based on socioeconomic class, that would generate as much racial and ethnic diversity as affirmative action, given the large numbers of working-class non-Hispanic whites and Asians in the applicant pool.

Most important, our study found that without affirmative action, racial diversity could only be preserved if there were no racial differences in learned skills and knowledge or in college preparedness.

The racial and socioeconomic gap in academic performance is America’s most pressing domestic issue. When they enter kindergarten, black children are about one year behind white children. When they graduate from high school, black teenagers are four years behind white teenagers.

If affirmative action is abolished, selective colleges and universities will face a stark choice. They can try to manufacture diversity by giving more weight in admissions to those factors that are sometimes close substitutes for race — for example, having overcome disadvantage in a poor urban neighborhood. Or they can take a far bolder step: putting their endowments and influence behind a comprehensive effort to close the learning gap that starts at birth. Higher education has a responsibility for all of education. The job of those atop the academic pyramid is not over once they’ve enrolled a diverse freshman class.

We need more research into the impact of factors like diet and nutrition, the amount of time parents talk and read with their kids, exposure to electronic screen time, sleep routines and the way stress outside the home affects family life. But we already know that an expansion of early-childhood education is urgently needed, along with programs, like peer-to-peer mentoring, that help low-income families support their children’s learning. The first few years of life are the most critical ones, when parental investments and early-childhood interventions have a higher payoff than at later ages, particularly for disadvantaged children. Economists have estimated that the net taxpayer benefit from converting a high school dropout to a high school graduate is $127,000.

However the court decides the Fisher case, affirmative action’s days appear numbered. Seven states — Arizona, California, Florida, Michigan, Nebraska, New Hampshire and Washington — have banned racial preferences in college admissions.  In 2003, in the Grutter decision, Justice Sandra Day O’Connor wrote that she expected such preferences to disappear within 25 years — by 2028. The children who would go off to college that year are already 2 years old.