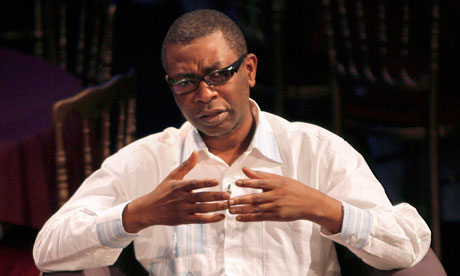 The Senegalese music star Youssou N’Dour has said he will stand in next month’s presidential election, in a high-profile challenge to the octogenarian incumbent Abdoulaye Wade.

N’Dour – a versatile singer, songwriter, and composer best known in Britain for his hit song with Neneh Cherry, 7 Seconds – said he decided to contest the election in the small West African state following overwhelming pressure from supporters.

“I’ve travelled the world and been seen by people all over the world and I think I have the ability to govern Senegal. I am the alternative,” N’Dour announced on his own television station, Television Futurs Medias. He said he would announce his policies intended to topple President Wade soon.

“For a long time, men and women have demonstrated their optimism, dreaming of a new Senegal. They have, in various ways, called for my candidacy … I listened I heard,” he added. He also accused the president of “hearing only in mono, not stereo”.

Hailed by Rolling Stone magazine as Africa‘s most famous living singer, N’Dour is hugely popular among young Senegalese voters. He has been an outspoken critic of Wade, who – aged 85 and in power already for 11 years – is seeking a third term. Political analysts are divided on whether N’Dour can win the race, or will merely split the vote between a series of opposition candidates. Musicians who have toured with him have also described him as exacting. “I would have to see his manifesto before voting for him,” one former manager said, saying he quit after several years of touring with N’Dour following “one too many dramas”.

Senegal is, relatively speaking, a democratic success story. But in recent years Wade has faced accusations that he has subverted the constitution by standing for a third term in office, while also shoehorning his son, and potential heir, into the job of vice-president.

N’Dour has repeatedly attacked what he calls the government’s profligate spending. Senegal suffers from a lack of formal employment and an average income of just $3 a day. Last June riots erupted after Wade introduced electoral reforms that seemed designed to keep him in power, and power cuts left residents without electricity.

N’Dour enjoys widespread popularity in Senegal for his music, which helped expose the country’s “mbalax” drumming and singing styles to an international audience. But it remains unclear whether he will be able to translate his fame into votes.

The musician has announced that he is cancelling concert dates to focus on politics. Inside Senegal he also has a reputation as a successful businessman, with his own arts and culture TV station.

“It will be the most interesting election in a long time, because the outcome is by no means clear-cut,” Amadou Diop, an advisor to Idrissa Seck, a former PM and key opposition figure, said. “There are a lot of things that need to be fixed in Senegal and he has talked about these things. But just because he has overcome enormous difficulties to become a musician, that’s no guarantee of success in another arena.

“In Senegal, up to now, we’ve had presidents who are academics or high-level intellectuals like Abdou Diouf or Abdoulaye Wade. Now there’s a musical icon […] who stands a chance of taking much of the youth vote,” analyst Babacar Justin Ndiaye added, according to Reuters.

The runup to the poll has been dominated by the constitutional row over whether Wade has the right to stand for a third term in a country that prides itself on a record of peaceful leadership changes – unlike many of its neighbours.

The revised Senegalese constitution limits presidential terms to two, but Wade argues that the amendment occurred after he had begun his first stint in office.

The row triggered a movement known as “Y’en a Marre” – French for “fed up” – headed by a group of rappers and a journalist. N’Dour has collaborated with the group, bringing his distinctive mbalax style to their protests, which have drawn huge crowds angered by perceived corruption and nepotism.

With stage names such as “Thiat” (Junior) and “Fou Malade” (Crazy Sick Guy), the rappers have roused young Senegalese with outspoken lyrics. Fou Malade raps of Wade’s speeches: “They get on our nerves.” Other lyrics compare Senegal to a pirogue – a traditional fishing boat – that is sinking.

A spokesman for Wade, Amadou Sall, dismissed N’Dour’s challenge. “We’re waiting for all the candidates, including Youssou N’Dour, to detail their policy ideas […] and not just list a string of wishes,” he said.