Police in Nashville received a call last week about a woman who was drugged at a fire station and was paid to strip and perform sex acts on fire fighters.

But after the allegations were investigated, the case got much more complicated, as investigators uncovered an alleged extortion theme.

The claims led to several of Nashville’s Fire Station 24 to be put on administrative leave while the case is being investigated, and the arrest of two gang members. 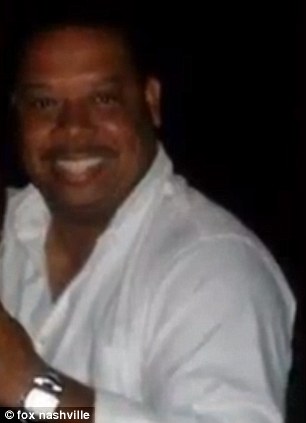 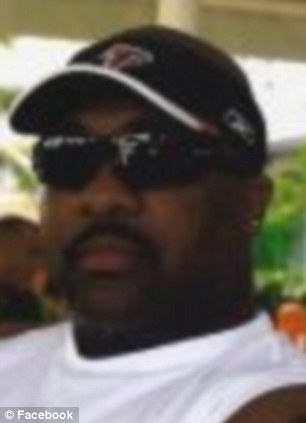 Under investigation: Fire Capt. James Overton, left, and fire fighter Quincy Corbitt, right, are on administrative leave while allegations over alleged sex acts with a prostitute 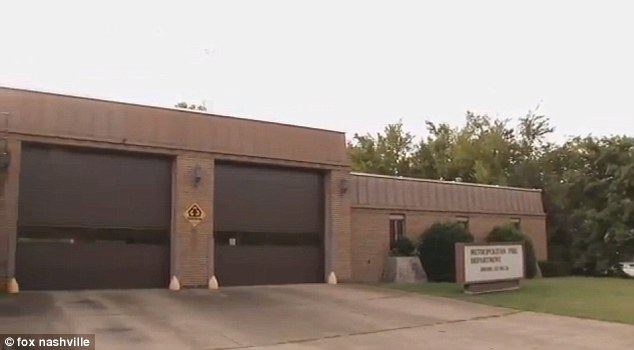 On leave: In total, five workers from Fire Station 24 were placed on paid administrative leave during the internal investigation

Last Saturday, police responded to a call of a woman who claimed she had been drugged at firefighter Jason Copeland’s home in Antioch, Tennessee.

During the investigation, the 23-year-old woman told police that she and some of her friends had been to the fire hall at least once to perform sex acts in exchange for money, News Channel 5reported.

Metro Police Spokesperson Don Aaron told the station: ‘According to her and at least one other woman, there was stripping in exchange for money, and sexual activity for money at the fire hall.’

Five men in total – Capt. James Overton, engineer Kerry Sales, as well as firefighters Quincy Corbitt, Jason Copeland, and Darrin Bell – were placed on paid administrative leave during the investigation. None of the men were immediately charged with any crimes.

The fire department is looking into the woman’s claims.

However, Copeland told investigators that he was being blackmailed by the woman’s friend, saying that gang member Ray Dontrell Johnson demanded $500 from him. 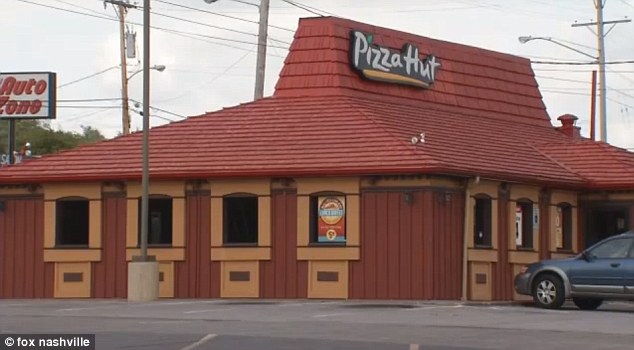 Blackmail: Two known gang members were caught in a sting operation at this Pizza Hut in Clarksville Pike after the investigation led police to them 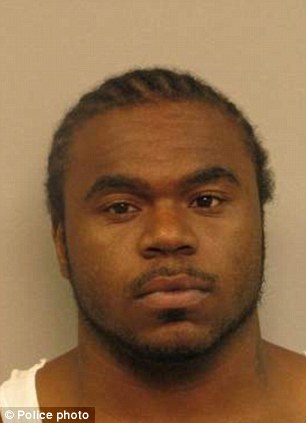 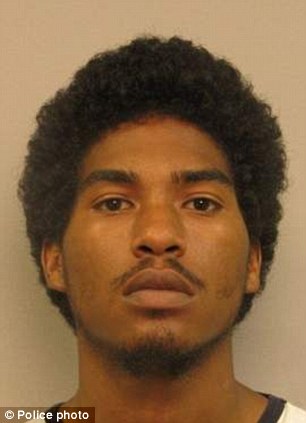 The sting: Ray Dontrell Johnson, left, and Cortez Smith, right, were both arrested in an alleged extortion scheme; Johnson had allegedly blackmailed a fire fighter for $500

Copeland said Johnson had warned ‘there will be blood’ if the sum wasn’t paid, Mr Aaron said. ‘His employment was also threatened by disclosure of his relationship with this 23-year-old and, I guess, other goings on.’

Mr Aaron told the Tennessean that officers set up a sting to catch Dontrell by pretending to pay the money in question. They placed the $500 in a car parked at a Pizza Hut in Clarksville Pike.

Police said Dontrell, as well as gang member Cortez Deonte Smith, came to claim the money. They were both arrested on extortion charges.

According to police, both are members of the Gangster Disciples.

Deputy Fire Chief Kim Lawson told the Tennessean: ‘It is something we take very seriously, and we will continue the investigation and try to get to the bottom of it.’

Mr Aaron told the Tennessean that the 23-year-old woman’s story has been inconsistent, but added: ‘Regardless, this investigation has exposed major issues.’

The fire station did not immediately respond to MailOnline’s request for comment.

The paper notes that there have been several other cases of extortion within the Nashville fire system in recent years.

A firefighter resigned in 2009 after being caught with a prostitute at the station.