By LINDA YABLONSKY JANUARY 31, 2013, 9:00 AM
Marc Jacobs, eat your heart out. The young Zulu men pictured in new photographs by the South African portraitist Zwelethu Mthethwa are all wearing kilts of the sort that Jacobs favors — except theirs are solid black or pink-and-white gingham and they’re not just making a fashion statement. These men are dressed for church.
The kilts, combined with white, fringed-hem blouses, long emerald-green ribbon ties, soccer-player knee-highs, steel-tipped boots and fluffy pompom headbands, are customary male drag for the monthlong ceremonial retreats that the Nazareth Baptist Church, or Shembe, stages twice a year near Durban, Mthethwa’s hometown.
“I was intrigued by the androgynous element,” he said the other day, during the installation of “Zwelethu Mthethwa: New Works,” his show at the Jack Shainman Gallery in New York. “Zulu culture is all about being macho, and I like the way they flip that.” 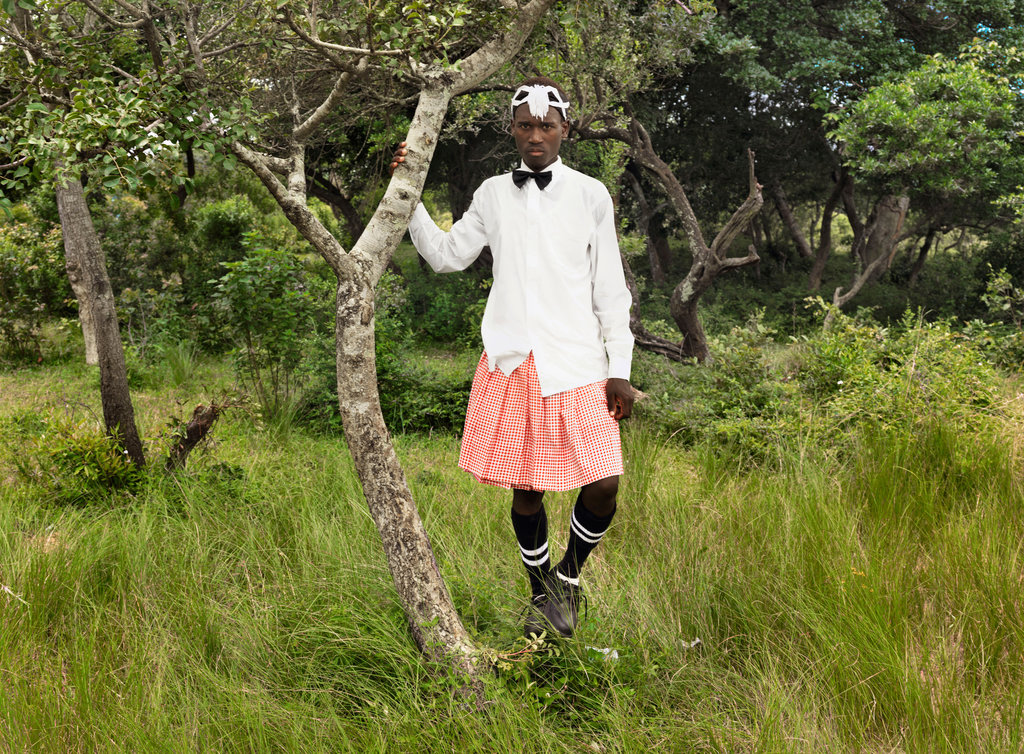 Mthethwa, 52, now lives in Cape Town but was on a research trip to Durban when he discovered the sect. After winning the trust of some of its younger members, aged 6 to 20-something, he photographed them outside their encampment and called them “Brave Ones,” because, he said, “They dare to be different.”
The photographs introduce fashion-conscious New Yorkers to a realm of peacock manhood that repudiates the past while also embracing it. The kilts, for example, recall 19th-century Scottish immigrants to South Africa, while the pith helmets on some of the men, along with the uniform soccer socks, are a nod to former British rulers. Only now these accouterments signal an independent, and frugal, identity that each can call his own.

“Everything is about money,” Mthethwa said, adding that the church is very rich as well as controlling. It sells devotees everything — not just the men’s ceremonial clothes but their hair combs, necklaces and the Vaseline they use as skin cream. Still, it’s not just their style that fascinates. It’s the riveting way each confronts the camera.
Mthethwa exhibited his own courage when he became the first black man to enroll in a white college during apartheid. Black schools, he said, didn’t offer the photography courses he craved after growing up watching spaghetti westerns and samurai films every Saturday — movies, he added, that were all about dressing up and role playing. 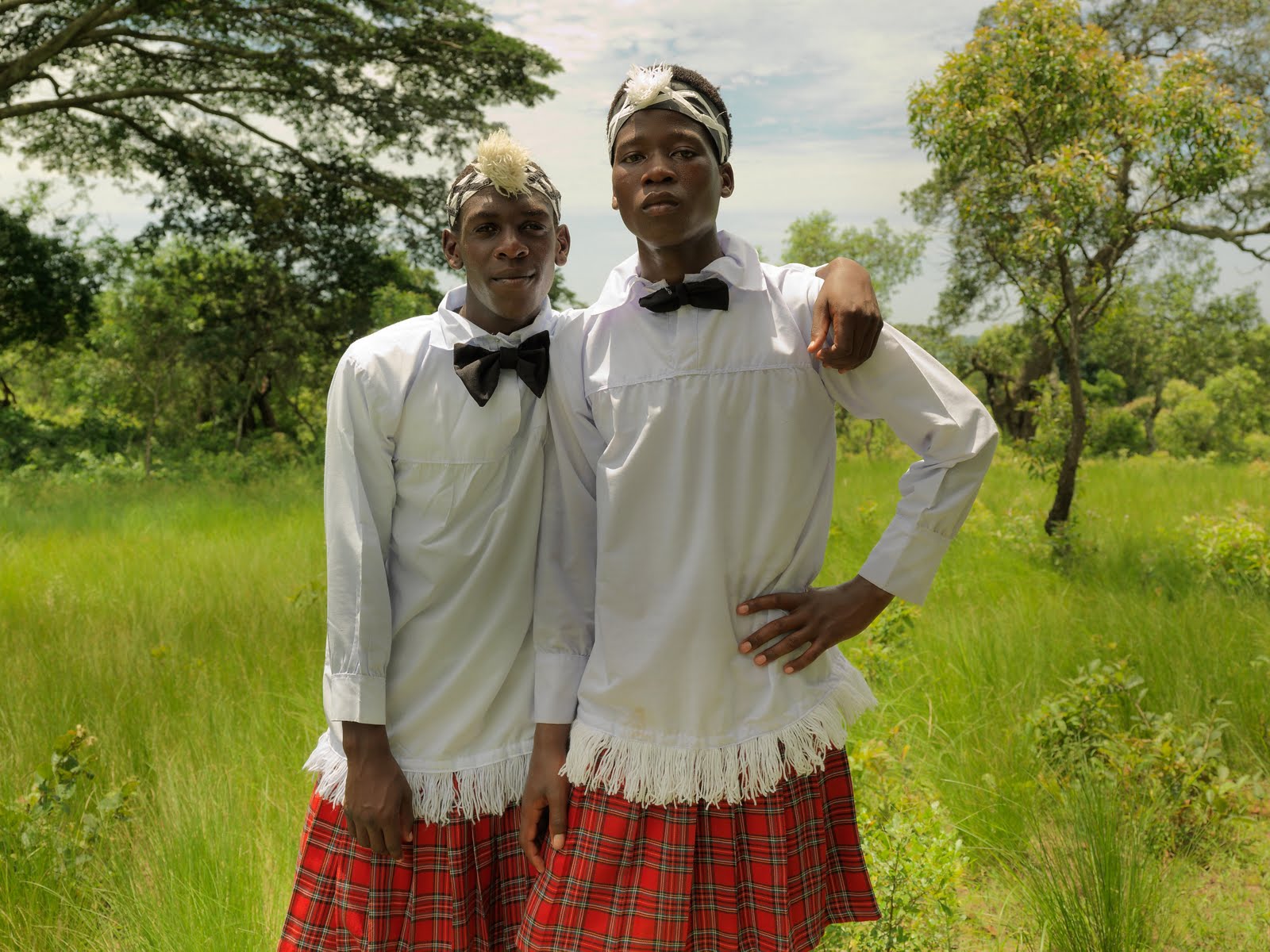 His “Brave Ones” pictures aren’t the only evidence of his fascination with the way people in his country carry the past with them. Another group of photographs at the gallery shows older women posing with the hope chests they were given as brides. Also photographed in villages around Durban, each wears traditional clothes, but in a style as different from one another as the chests they carry in their wedding processions, and keep for the rest of their lives.
These are not documentary pictures. They’re intimate portraits of women who represent a culture that is disappearing as more people move from their villages into cities, and the elaborate chests themselves become too expensive to make. They’re really like coffins, Mthethwa said. They hold a woman’s most precious goods and make references to both the death of one history — the women’s unmarried lives — and their deepening identities as wives.

Color rules his photographs in ways that underscore his subjects’ emotional lives as well as their social standing and personal styles. One woman sits on her plain chest in an open field where the orange of her dress matches that of the family’s tractor — a symbol of wealth. Another woman, shot in a simple pink frock and turban, sits with her hope chest in an otherwise bare room animated only by her challenging gaze. “I don’t want to photograph people who are not confident,” Mthethwa said. “I want them to claim their space.”

Anonymous spaces appear in the Mthethwa show as well, in interiors absent of the migrant laborers who inhabit and decorate the Johannesburg hostels that make up another dying culture. “My work is autobiographical,” Mthethwa said. “When I was a kid, I observed many things but didn’t understand how they fit into anything.” His photographs make sense of them, both for him and for us — for anyone who is living in the present and watching it pass.
http://tmagazine.blogs.nytimes.com/2013/01/31/zwelethu-mthethwas-brave-ones/