March Madness may be the center of the sports universe right now, but Indiana University Southeast Basketball Coach Wiley Brown wants you to remember the contributions of older players – like that time he and his teammates at the University of Louisville invented the high five.

Brown has long claimed to be the originator of the gesture, in which two people slap their upraised hands in celebration.
Brown claims he started the phenomenon with teammate Derek Smith when the two played for Louisville’s 1980 ‘Doctors of Dunk’ team. 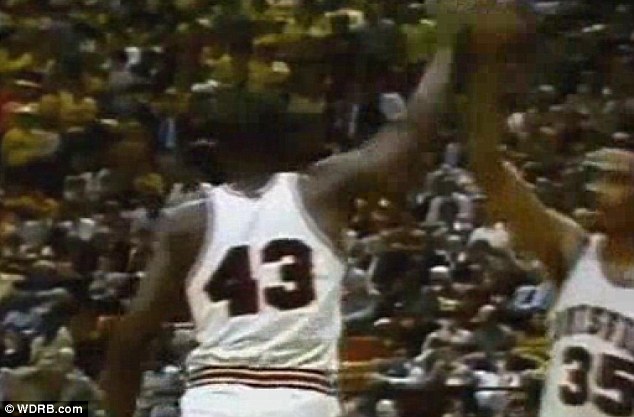 Great beginnings: Player turned coach Wiley Brown claims to have invented the high five while playing for the University of Louisville’s 1980 team 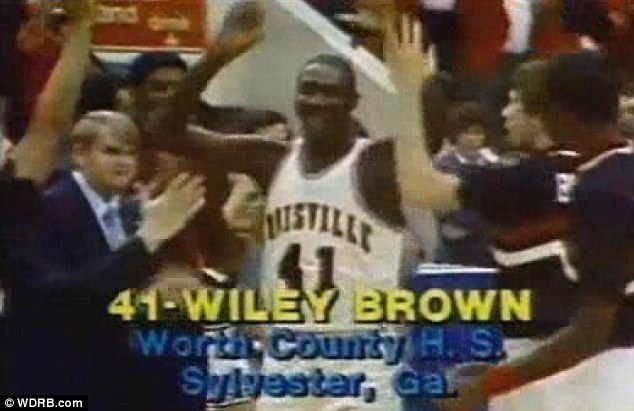 Pioneer: Brown has claimed for years that he is the originator of the gesture, in which two people slap their upraised hands in celebration

They earned their nickname from their dominant play that was marked by high-flying dunks over their opponents.
‘We were in practice and Derek came up to me and said give me five and I just stick my hand out…One of us just said no, raise it up raise it up high,’ Brown told WDRB.

That year, the Cardinals went all the way in the NCAA tournament, and the media attention spread the high five all across the nation.

‘We were called the Doctors of Dunk and anytime you got a dunk or exciting play you always throw up the high five,’ Brown said. 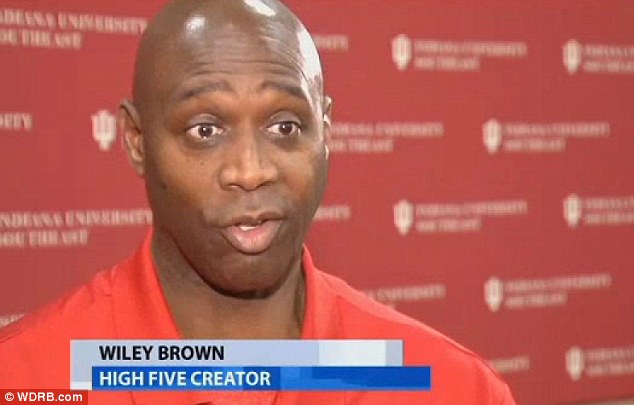 Brown stands by his story even though L.A. Dodgers have also taken credit for the gesture’s invention 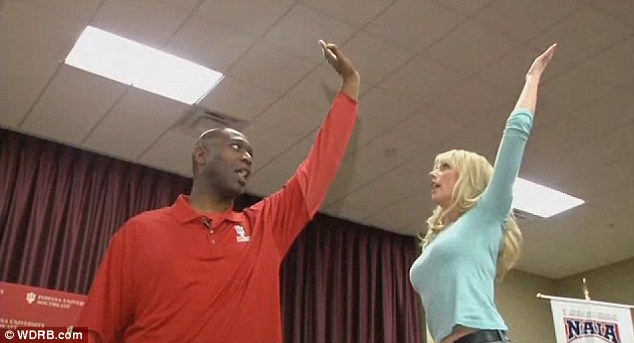 How high? Brown demonstrates the high five he claims to have invented with a WDRB reporter

He prefers to high five with his left hand as the thumb on his right hand was amputated when he was a boy.
‘I say go Google me, when that happens the high five comes up,’ he said.
However, Brown is not the only athlete who claims to have invented the high five.

Former LA Dodgers teammates Dusty Baker and Glenn Burke have also claimed to have invented the celebration, first slapping hands at a game in the 1977 – three years before Louisville’s incredible run in the NCAA tournament. 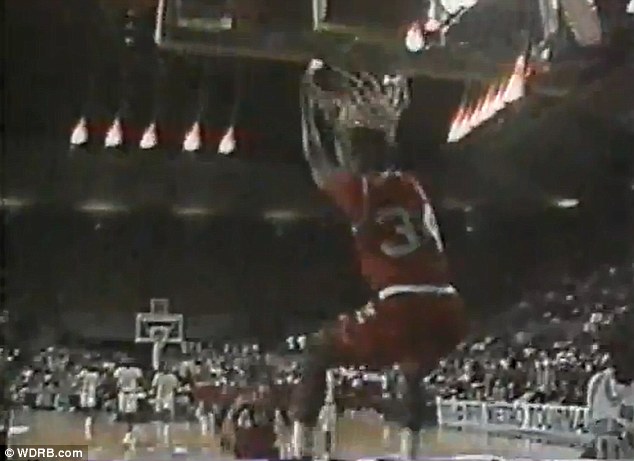 Not just a nickname: The team earned the ‘Doctors of Dunk’ moniker from their dominant play that was marked by massive slam dunks over their opponents