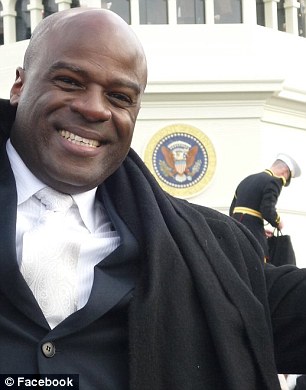 Surprise: Nevada state Sen. Kelvin Atkinson came out as gay on Monday during an emotional legislative debate over the proposed repeal of the state’s ban on same-sex marriage

A Nevada state senator came out as gay on Monday during an emotional legislative debate over the proposed repeal of the state’s ban on same-sex marriage.
‘I’m black. I’m gay,’ said Sen. Kelvin Atkinson, a Democrat who represents north Las Vegas.

‘I know this is the first time many of you have heard me say that I am a black, gay male,’ he added, according to the Las Vegas Sun.
He argued that legalizing same-sex marriages would pose no threat to heterosexual marriages.
‘If this hurts your marriage, then your marriage was in trouble in the first place,’ Atkinson said.

The Nevada Senate, after an hour-long, soul-searching debate about equality, love and marriage passed the resolution late Monday, repealing the state’s heterosexual definition of marriage. It was the first step in a long process to recognize gay marriage.
Senate Joint Resolution 13 specifically repeals a constitutional provision enacted by voters in 2002. It also declares that Nevada recognizes all marriages, regardless of gender.
The resolution was approved on a 12-9 vote, with Sen. Ben Kieckhefer, a Republican representing Reno, voting with the Democratic majority. It now goes to the Assembly. 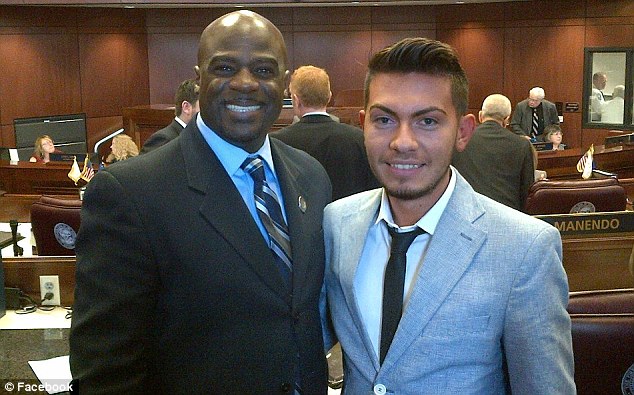 If passed by lawmakers this year and in 2015, it would go to voters in 2016 for ratification.
‘This is a vote to let the people vote for equality,’ said Sen. Pat Spearman, D-North Las Vegas. A black, lesbian minister, Spearman talked passionately of growing up in the 1960s in the deep south, being spit on because she was black.

‘I know what it feels like when people want to push separate but equal,’ Spearman said. ‘Separate is not equal.’
Sen. David Parks, a Las Vegas Democrat who was the first openly gay elected to the Nevada Legislature, urged his colleagues’ support.
‘There is no threat; no threat to one’s marriage or their own personal views,’ Parks said. ‘Passage of SJR13 will begin the positive process toward fairness and equality. ‘ 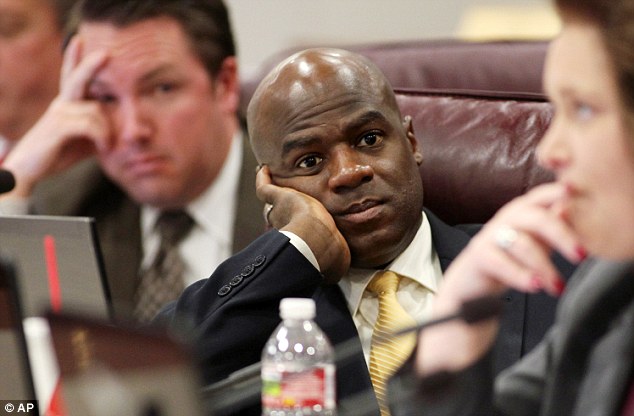 Passed: The Nevada Senate, after an hour-long, soul-searching debate, passed a resolution repealing the state’s heterosexual definition of marriage

The measure, he said, will allow voters to decide ‘so that someday soon I may have the same rights you are entitled to.’
For many Republicans, the vote came down to whether marriage should be in the constitution at all. The original version of the resolution called only for repealing the Protection of Marriage Act passed by voters in 2002 that defines marriage as between one man and one woman.
They objected to expanding the measure to sanction same-sex marriage.
‘It is regrettable that it has come to this,’ said Senate Minority Leader Michael Roberson, R-Henderson, adding he and others in the Republican caucus supported the original version of SJR13.
Read more: http://www.dailymail.co.uk/news/article-2313732/Senator-Kelvin-Atkinson-comes-gay-emotional-testimony-Nevada-approves-sex-marriage.html#ixzz2RPmFH7Zv

Violence in Chicago The Interrupters Pt.1