A pill which could help paralysed patients walk again has been developed by scientists.
The new drug allowed mice with no movement in their lower limbs to walk with ‘well-coordinated steps’ and even to replicate swimming motions.
In tests, the experimental medication did not increase pain in the mice and showed no toxic effects on the animals. 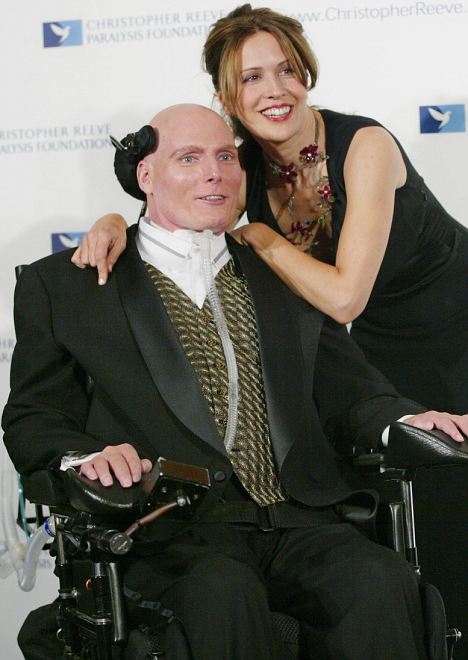 The research in mice could one day help patients with spinal cord injuries to move again. Actor Christopher Reeve, who died in 2004, set up a foundation with this goal in mind

It also efficiently crossed the blood brain barrier, which protects the central nervous system from potentially harmful chemicals carried around in the rest of the bloodstream.
An injury to the spinal cord stops the brain controlling the body and this is the first time an oral drug has been shown to provide an effective therapy.
Professor Sung Ok Yoon, of Ohio State University, Columbus, said: ‘This is a first to have a drug that can be taken orally to produce functional improvement with no toxicity in a rodent model.
‘So far, in the spinal cord injury field with rodent models, effective treatments have included more than one therapy, often involving invasive means. Here, with a single agent, we were able to obtain functional improvement.’

The small molecule in the study was tested for its ability to prevent the death of cells called oligodendrocytes.
These cells surround and protect axons, long projections of a nerve cell, by wrapping them in a myelin sheath that protect the fibres.
In addition to functioning as axon insulation, myelin allows for the rapid transmission of signals between nerve cells.
The drug preserved oligodendrocytes by inhibiting the activation of a protein called p75. Prof Yoon’s lab previously found p75 is linked to the death of these specialised cells after a spinal cord injury. When they die, axons that are supported by them degenerate. 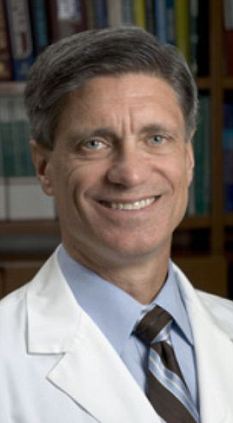 She said: ‘Because we know oligodendrocytes continue to die for a long period of time after an injury, we took the approach that if we could put a brake on that cell death, we could prevent continued degeneration of axons.
‘Many researchers in the field are focusing on regeneration of neurons, but we specifically targeted a different type of cell because it allows a relatively long therapeutic window.’
A current acute treatment for humans, methylprednisolone, must be administered within eight but not after 24 hours after the injury to be effective at all.
An estimated 1.3 million people in the US are living with spinal cord injuries, experiencing paralysis and complications that include bladder, bowel and sexual dysfunction and chronic pain.
The experimental drug, called LM11A-31, was developed by Prof Frank Longo, of Stanford University, California.
The researchers, whose findings are published in The Journal of Neuroscience, gave three different oral doses of LM11A-31, as well as a placebo, to different groups of mice beginning four hours after injury and then twice daily for a 42 day experimental period.
The scientists analysed the compound’s effectiveness at improving limb movement and preventing myelin loss.
The spinal cord injuries in mice mimicked those caused in humans by the application of extensive force and pressure, resulting in loss of hind limb and bladder function and difficulty in walking and swimming.
The researchers determined the mice did not experience more pain than the placebo group at all the doses tested, suggesting LM11A-31 does not worsen nerve pain after spinal cord injury.
Each dose – 10, 25 or 100 milligrams per kilogram of body weight – led to increasing myelin with the highest dose demonstrating the greatest effect.
The injury in the animals caused a loss of about 75 percent of myelinated axons in the lesion area in the placebo group.
This loss was reduced so myelinated axons reached more than half of the normal levels with LM11A-31 at 100 mg/kg.
Prof Yoon said that correlated with about a 50 percent increase in surviving oligodendrotcytes compared to those in the placebo group.
In behaviour tests, only the highest dose of the compound led to improvements in motor function. Mice were tested in both weight-bearing and non-weight-bearing activities over the 42 days to evaluate their functional recovery.
Mice receiving the highest dose could walk with well-coordinated steps. In swimming tests, scientists saw similar improvements, with mice receiving the highest dose most able to coordinate hind-limb crisscross movement.
The other treatment groups exhibited difficulty in walking and swimming.
Prof Yoon said the findings may suggest myelin needs to reach a threshold of roughly 50 percent of normal levels before motor function improvements become measurable.
She added: ‘The cellular analysis of the myelin profile detects small changes. Behaviour is more complex, and we don’t think functional behaviour necessarily improves in a linear fashion.
‘Still, these results clearly show this is the first oral drug in spinal cord injury that works alone to improve function.’
Read more: http://www.dailymail.co.uk/health/article-2259099/Pill-developed-help-paralysed-patients-walk.html#ixzz2HWmTDe8i