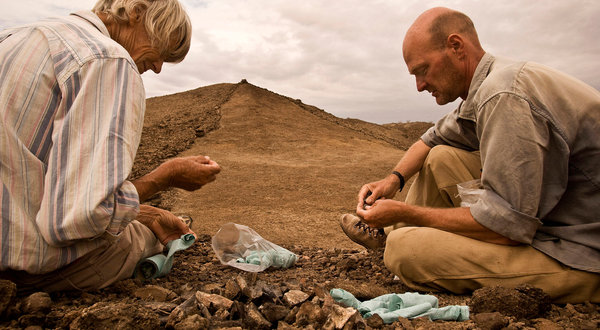 Meave Leakey and Fred Spoor collected fossils close to the site where the new face, designated KNM-ER 62000, was found.

Fossil by fossil, scientists over the last 40 years have suspected that their models for the more immediate human family tree — the single trunk, straight as a Ponderosa pine, up from Homo habilis to Homo erectus to Homo sapiens — were oversimplified. The day for that serious revision may be at hand.

The discovery of three new fossil specimens, announced Wednesday, is the most compelling evidence yet for multiple lines of evolution in our own genus, Homo, scientists said. The fossils showed that there were at least two contemporary Homo species, in addition to Homo erectus, living in East Africa as early as two million years ago.

Uncovered from sandstone at Koobi Fora, badlands near Lake Turkana in Kenya, the specimens included a well-preserved skull of a late juvenile with a relatively large braincase and a long, flat face, which has been designated KNM-ER 62000 (62000 for short). It bears a striking resemblance to the enigmatic cranium known as 1470, the center of debate over multiple lineages since its discovery in the same area in 1972. 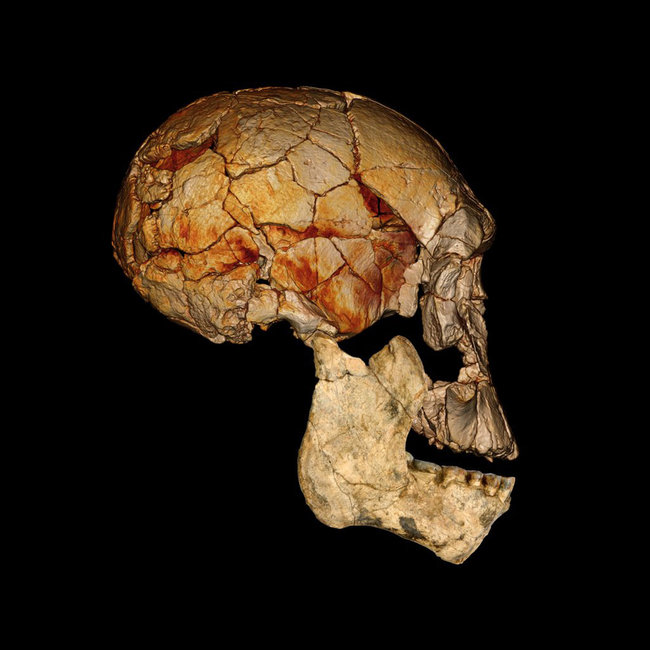 The KNM-ER 1470 cranium, based on a computed tomography scan.

If the 62000 skull showed that 1470 was not a single odd individual, the other two specimens seemed to provide a vital piece of evidence that had been missing. The specimen 1470 had no mandible, or lower jaw. The new finds included an almost complete lower jaw (60000) — considered to be the most complete mandible of an early Homo yet found — and a part of another lower jaw (62000). 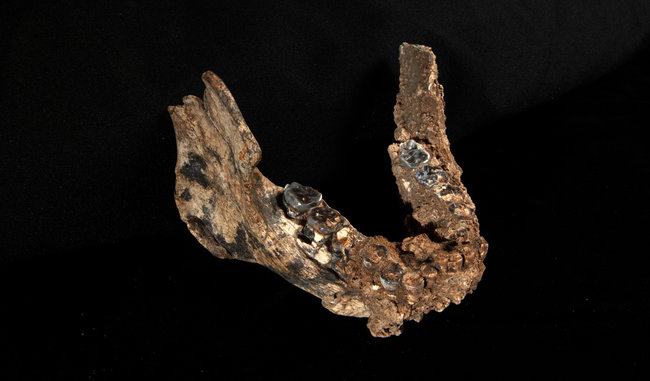 The fossils were collected between 2007 and 2009 by a team led by Meave and Louise Leakey, the mother-and-daughter paleoanthropologists of the Koobi Fora Research Project and members of the famous African fossil-hunting family. Dr. Meave Leakey is the wife of Richard Leakey, a son of Louis and Mary Leakey, who produced the early evidence supporting Africa’s central place in early human origins. Mr. Leakey divides his time between Stony Brook University on Long Island, where he is a professor of anthropology, and the Turkana Basin Institute in Kenya.

After looking “long and hard” for fossils to confirm the intriguing features of 1470’s face and show what its teeth and lower jaw were like, Dr. Meave Leakey said this week, “At last we have some answers.”

The real crux of matter, said Susan C. Antón of New York University, a member of the team, is how the discovery shapes the interpretation of 1470’s place in the early world of Homo. “These fossils are anatomically like 1470, and we now have some teeth,” she said. “We are more certain that 1470 was not a one-off, and not everything 1470 is big.”

In their first formal report, Dr. Leakey and her colleagues wrote in the journal Nature, “These three specimens will greatly aid the reassessment of the systematics and early radiation of the genus Homo.”

Fred Spoor, a member of the discovery team who directed the laboratory analysis, said in a news teleconference that the research showed clearly that “human evolution is not this straight line it was once thought to be.” Instead, East Africa, he said, “was quite a crowded place, with multiple species” with presumably different diets.

Dr. Spoor is a paleoanthropologist at University College London and the Max Planck Institute for Evolutionary Anthropology in Leipzig, Germany. The lab work was supported by the institute. The fieldwork was financed by the National Geographic Society, and the dating of the fossils, mainly by Craig S. Feibel of Rutgers University, was supported by the Leakey Foundation.

Although a few specialists in human origins questioned whether the still sparse evidence was sufficient to back the new conclusions, Ian Tattersall of the American Museum of Natural History in New York City, who was not involved in the new discovery, concluded, “This new material certainly substantiates the idea, long gathering ground, that multiple lineages of early Homo are present in the record at Koobi Fora.”

Dr. Tattersall continued, “And it supports the view that the early history of Homo involved vigorous experimentation with the biological and behavioral potential of the new genus, instead of a slow process of refinement in a central lineage.”

Bernard Wood of George Washington University, who has studied the early Homo fossil record, wrote in a companion article in Nature, “In a nutshell, the anatomy of the specimens supports the hypothesis of multiple early Homo species.”

Dr. Wood then weighed the pros and cons of placing the new fossils with the species H. habilis, first discovered in 1964, or a separate and controversial parallel species known as H. rudolfensis, to which 1470 has often been tentatively assigned. H. erectus emerged around the same time, joining the other two species in Africa.

Chris Stringer of the Natural History Museum of London, who had no part in the research, agreed that it looked as if the new discoveries “confirm the distinctiveness of 1470” and “therefore confirm the existence of a distinctive kind of early human around 1.8 to 2.0 million years ago.” But he noted that “there remain many uncertainties” about the 1470 fossil “and whether it might still be just a large specimen of Homo habilis.”

Another problem, Dr. Stringer said, is that in the last three decades, as the number of fossils attributed to habilis has grown, it has become unclear how to define what is and is not a member of that Homo species. Determining if the new fossils belong to rudolfensis or habilis, he said, “would depend on ongoing comparisons with the original fossil assemblage” at Olduvai Gorge in Tanzania, where the first and many other habilis and contemporary specimens have been excavated.

An assessment of recent finds at Olduvai as well as the 1470 fossil, by Ronald J. Clarke of the University of Witwatersrand in Johannesburg, was published recently in a special issue of The Journal of Human Evolution.

“So where do we go from here?” Dr. Wood asked in his commentary. “More work needs to be done using the faces and lower jaws of modern humans and great apes to check how different the shapes and the palate can be among individuals in living species.”

All in all, the state of hominin affairs that paleoanthropologists are left with is neatly summed up in the title of Dr. Wood’s article, “Facing Up to Complexity.” He concluded with the prediction that “by 2064, 100 years after Leakey and colleagues’ description of H. habilis, researchers will view our current hypotheses about this phase of human evolution as remarkably simplistic.”

Newly-ordained 11 yr. old minister who writes his own sermons because it's 'what the Lord wants him to do'