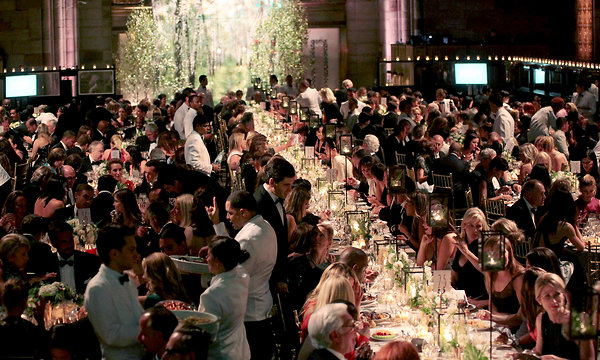 THE city was quiet after Fashion Week, and though there were a few charity events, the social calendar was pretty light.

Luckily, the New Yorkers for Children gala took place Tuesday night at the cavernous Cipriani 42nd Street, where Justin Tuck, a defensive end for the New York Giants who is nicknamed The Freak for his athletic prowess, was honored for his work onchild literacy. 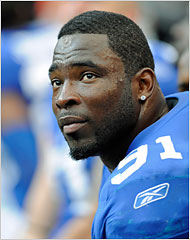 Coming off a victory on Sunday in Week 2 of the N.F.L. regular season, Mr. Tuck was positively beaming as he circulated during the cocktail hour. His pal Michael Strahan, the former defensive end for the Giants, had recently landed the co-host job on the newly renamed “Live! With Kelly and Michael” on ABC.

“He’s really a role model for what kind of life you can have after football,” said Mr. Tuck, who was wearing a black suit and black tie. Though, he added with a laugh: “Michael is not a morning person. I don’t know how he does it.”

With the persistent drizzle and earlier tornado watch, other arriving guests were concerned with their outfits. Standing out against a sea of black tuxedos was the designer Rebecca Minkoff in sunny yellow. “I didn’t know the dress code was supposed to be fall,” she lamented. Her date, Andrew Bevan, the style features editor at Teen Vogue, reassured her. “You can say it’s Aspen,” he said. “The leaves are turning yellow there.”

Meanwhile, the model Jessica White was holding her breath in a tight burgundy gown, which revealed ample cleavage. “I’m wearing it because a friend designed it,” she said. “It’s not comfortable at all. But I don’t care, I’m going to eat.” Nearby, caviar on blinis, Bellinis and pigs in a blanket circulated on silver trays.

Her fellow model Lindsay Ellingson was being more cautious. A Victoria’s Secret runway show was in her not-so-distant future. “I usually prepare for it last minute,” she said. “But this year, I started eating healthier earlier. I’m getting older.” Ms. Ellingson is 27.

By the time dinner service began at 7:45 p.m. (with an appetizer of asparagus, green beans and mushrooms), attention turned to the stage, lighted with dozens of votives, where Mr. Tuck was being honored (along with John Demsey, a group president at Estée Lauder).

“I don’t usually read off a piece of paper, but my wife told me I better not get up here and mess things up,” Mr. Tuck said, referring to his wife, Lauran. “She should probably be up here. She does most of the work.”

“But — and this is a shameless plug — I am a two-time Super Bowl champion, so I’m up here,” he added, to laughter.

Before the program concluded, Jamie Niven of Sotheby’s led a modified live auction, in which guests were given glow sticks to bid.

The Cleanest Place in Africa