Police had to resort to pepper-spray to end a disturbance at an unruly city council meeting in Newark last night, after a smart procedural move by Mayor Cory Booker outfoxed his rivals and caused dozens of angry residents to storm the council stage in protest.
Booker made an unprecedented personal appearance at the meeting to fill a council seat left vacant by Donald Payne Jr., who gave up his seat two weeks ago after being elected to Congress.
Booker wanted to nominate an ally, Shanique Davis Speight, to the empty slot. His opponents were pushing for John James, the son of former Newark mayor Sharpe James, who Booker beat in 2006 to claim his current job. 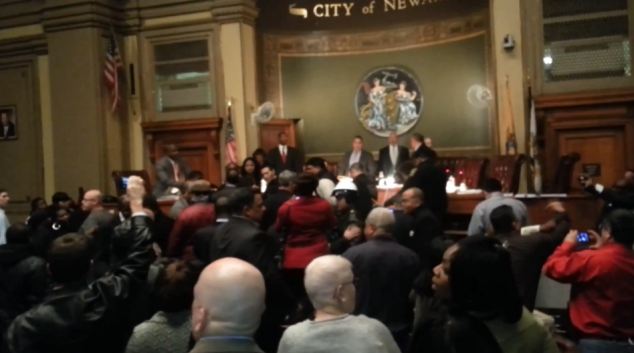 Brawl in the chamber: Police had to resort to pepper-spray to end protests after Mayor Cory Booker outfoxed his rivals in a vote to fill a vacant council seat 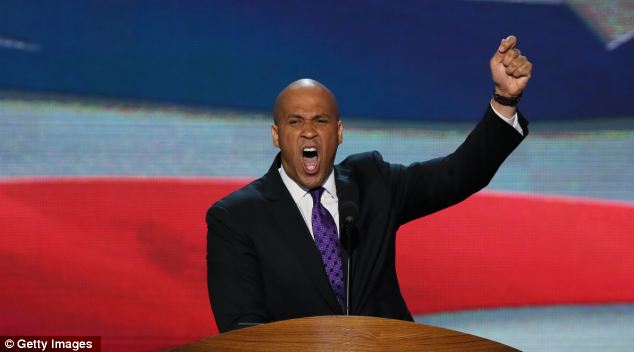 Mayor Booker got his candidate voted in, but the incident is potentially a public relations disaster for when he next runs for office

When a councilman supporting James attempted to speak, he was not recognized by the acting chair, so he and three other council-members walked out in protest, leaving the meeting without the minimum number of council members necessary to conduct business.
This move played into the Booker’s hands, as council rules allow the mayor to sit in and cast votes in such circumstances.
Booker’s chief of staff Modia Butler had anticipated the walkout and ensured the mayor was present at the meeting for the first time ever.
‘We did our research. We abided by the rules and guidelines. We didn’t run afoul of anything,’ Butler told the Newark Star-Ledger.
As a result Speight was nominated to the empty seat, with Booker casting the deciding vote in her favor. 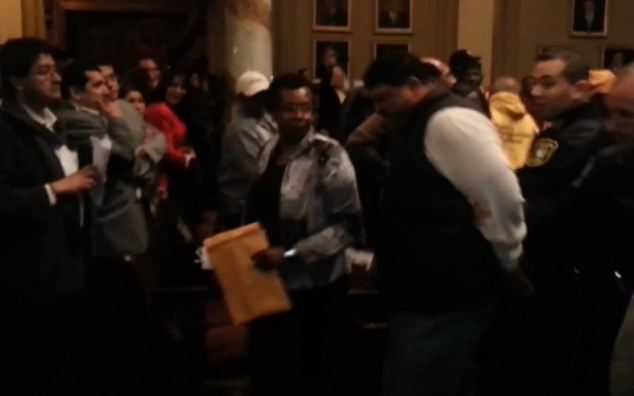 Union president Rahaman Muhammad, white sleeve, is lead from the council chamber, he has been charged with assault, resisting arrest and inciting a riot 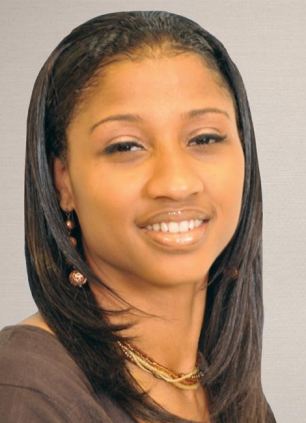 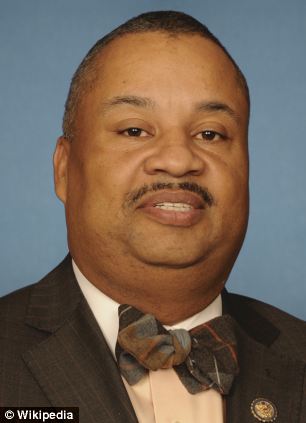 Then all hell broke lose. Angry residents were furious over what looked like back-room cronyism orchestrated by Booker and his allies, and began chanting ‘Cory’s gotta go.’
A group of residents, led by local union president Rahaman Muhammad, stormed the front of the chamber – known as the dais – and appeared to lunge toward Speight and her grade-school-age son.
Police restrained the group as they toppled a podium and residents were caught in the rush. When Muhammad would not give way, an officer doused him with pepper spray, along with residents, reporters and at least one other officer.
‘This truly was an out-of-body experience,’ said council member Darrin Sharif, one of those who had walked out. ‘The mayor, who goes all around the country to talk about democracy… literally in the back of the room, hiding in the shadows.’
In the confusion, Speight was ushered out of the council chamber and sworn in by City Clerk Robert Marasco.

Muhammad has been charged with assault, resisting arrest and inciting a riot.

Booker succeeded in getting his preferred candidate voted in, but the incident is potentially a public relations disaster for the mayor when he next runs for office.

Booker is widely expected to challenge Chris Christie for the New Jersey Governor’s chair next year. Footage of the disturbance could potentially be a ready-made campaign ad for Republicans.

Booker, normally an avid tweeter about whatever he is doing, has been unusually silent since the meeting occurred.