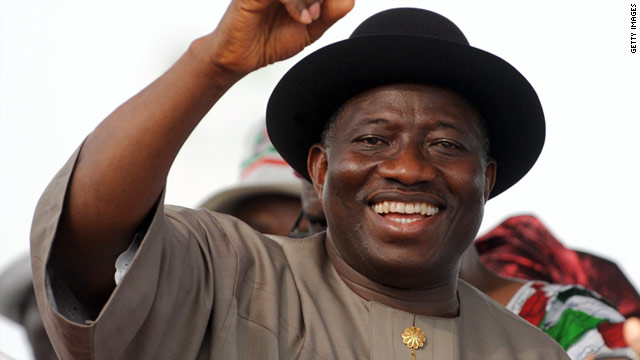 Good news for Nigeria. A wake-up call for South Africa.

That’s my “take-home message” from the headlines emerging from a new Morgan Stanley report, which predicts Nigeria’s economy will overtake South Africa’s as Africa’s largest by 2025.

High oil prices, the “decisive” election of President Goodluck Jonathan and buoyant consumer spending will all push Nigeria’s economy into the front in the next 15 years, says the Morgan Stanley survey.

Critics in South Africa say they are not concerned about the prospect of the country losing its spot as the largest economy on the continent.

Economists brush off this latest report by saying that the Morgan Stanley projections are based on economic models that are contingent on factors that might or might not impact the Nigerian economy.

Whatever the eventual outcome in 2025, the report serves as another sage reminder to Nigerians to manage their oil wealth cleverly ­by pouring investments into infrastructure and making sure that government polices and regulations stimulate growth in the sector.

Of course, oil remains about 80% of Nigeria’s GDP and experts say that is just too much. The country needs to diversify as it strides ahead in the coming decades.

South Africa’s economy is, of course, healthily diversified and not reliant on the variables of oil prices.

However, for Africa’s biggest economy to maintain its lead over its West African competitor, South Africa has to invest and upgrade its education system. Over and over again, the point cannot be understated: For all South Africa’s promise, the country’s future growth is reliant on the next generation of managers, workers and business leaders.

For now, South Africa is failing to educate its youngsters to steer the country’s economy into 2025 and beyond.

The seriousness of the problem was reinforced on the same day the Morgan Stanley report was publicized.

The results of another survey ­- an annual assessment of the country’s literacy and numeracy levels – were confirmed by South Africa’s Department of Education.

Both reports made headlines on the front pages of some of the country’s newspapers. The implications of both stories lying side-by-side in print was a stark reminder of the challenges that lie ahead.

The South African education assessment – which a teacher’s union apparently dubbed “dismal” and “sobering” – was a shocking assessment of the level of literacy and numeracy in the country’s primary schools.

Backed up by other international studies, this report confirmed that South Africa’s young school goers are among the worst-performing students in the world. As one outraged newspaper reported, most nine and 12 year olds “can’t count and can’t understand what they were supposed to have been taught.” This is despite a significant financial investment in education by the South African state.

Looking 15 or 20 years ahead, there are critical and immediate choices that need to be made by Nigeria and South Africa. Africa’s powerhouses both need to nurture and protect their country’s most precious resources.

No one wins in the end if South Africa’s children are unemployable when they finish school.

No one wins in the final reckoning if Nigeria squanders its oil wealth on corruption and bad management.

The whole continent can be uplifted if these two countries stride ahead together, and smartly, in the decades to come.

Nearly 30 million around the world are slaves