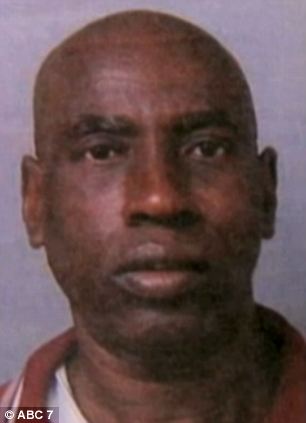 Detectives who were searching for the suspect in a cold case stumbled upon a new murder all together when they found the body of a woman who had been stabbed nine times in the chest.

Once police located Lucius Crawford, the suspect in the original killing that took place 19 years ago, they were surprised again as he confessed to slaying the most recent victim along with two other people in 1993.

The most recent murder took place in Crawford’s Mount Vernon, New York home, but police were originally interested in two other deaths in Yonkers and the Bronx. They have now unearthed a horrific pattern of violence against women stemming back to South Carolina in the 1970s.

The 60-year-old ex-con told police that he ‘has anger issues and he did in fact murder this young lady and that he has done this in the past,’ Mount Vernon police Commissioner Carl Bell said at a news conference, referring to the latest 42-year-old victim.

‘He focuses his attacks on young women. He befriends them and at some point he ends up either attacking them or killing them.’

The mayor’s office identified the woman as Tanya Simmons. Police offered no information about her background or the circumstances and timing of her death.

Crawford was arraigned on the murder charge and sent to the Westchester County jail pending another court session Monday.

Because of his criminal history, the New York Police Department notified detectives investigating the still-unsolved killings of several women and others found in the past two years on Long Island. 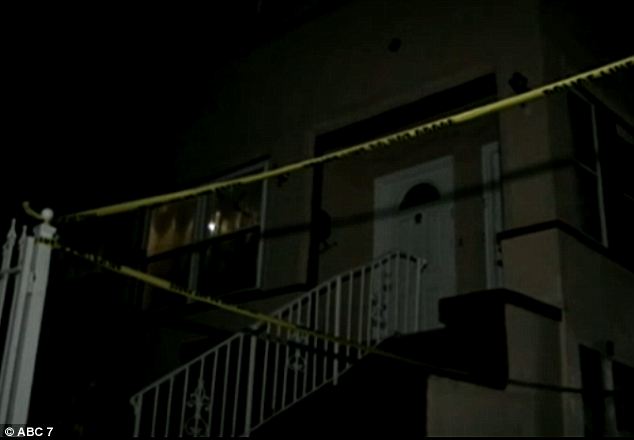 Scene: Police went to Crawford’s Mount Vernon apartment, seen here, to ask him about two other murders which happened years ago in Yonkers and the Bronx

The Suffolk County Police said in a statement Wednesday that ‘there does not appear to be any reason to suspect Crawford’ in those slayings.

According to police, Crawford went on a four-day stabbing spree in Charleston, South Carolina, in 1973.

In each instance, he would approach women and try to talk to them before cutting their arms or legs. Over a five-day span, he stabbed five women, ages 14 to 28, on the streets of Charleston.

He served a prison term for the stabbings but was at it again in 1977.

There was another prison term followed by an assault on his ex-girlfriend in 1991 and an arrest for stabbing a woman he worked with in Westchester, north of New York City, after she rebuffed his advances, police said.

Crawford was on parole after serving 13 years for the Westchester stabbing when the NYPD began reinvestigating the unsolved killing in October 1993 of a Bronx woman by someone who stabbed her several times and crushed her skull. Detectives ran biological evidence against a DNA database and got a match on Crawford, police said. 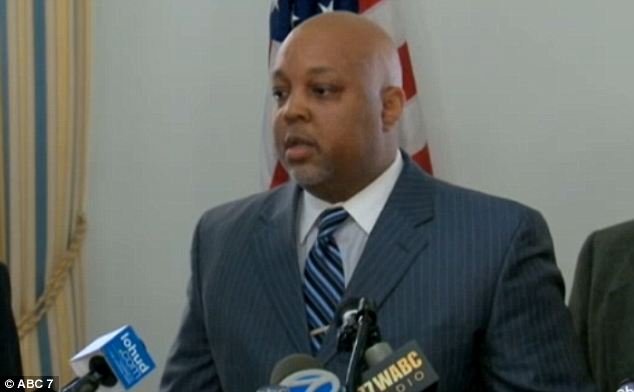 Troubling: Crawford ‘has anger issues and he did in fact murder this young lady and that he has done this in the past,’ Mount Vernon police Commissioner Carl Bell (pictured) said

The NYPD investigators also learned that Crawford was being eyed in another cold case: the September 1993 stabbing death of a woman in Yonkers.

Detectives from New York and Yonkers went to Crawford’s apartment on Tuesday with his parole officer.

When there was no answer, the parole officer let them into the apartment. Along with the body, they found an electronic ankle bracelet used for monitoring parolees, which had been cut off and cast aside, police said.