The Obama administration is suing Dollar General and a BMW facility in South Carolina for the alleged unfair use of criminal background checks for job applicants, months after warning companies about how such screenings can discriminate against African Americas.
The suits were filed June 11 by the Equal Employment Opportunity Commission, which last year issued new guidelines that cautioned against rejecting minority applicants who have committed a crime and recommended businesses eliminate policies that “exclude people from employment based on a criminal record.”
The suits have re-ignited concerns over such issues as potential federal overreach, the overlap of state and federal law and companies losing their rights to protect customers, workers and assets while trying to adhere to fair hiring practices.
“Employers are unsettled over the EEOC’s questionable practices and its litigation tactics,” Kevin Connell, chairman of the Florida-based employment and tenant screening company AccuScreen.com, told FoxNews.com on Friday night. “I am fed up with the EEOC’s arrogance and their ‘sue first, ask questions later’ mentality. … The EEOC has already tried re-writing the rules that they are charged with enforcing, so we have the hiring police, the EEOC, writing, revising very confusing rules and regulations with their infamous (April 2012) update.” 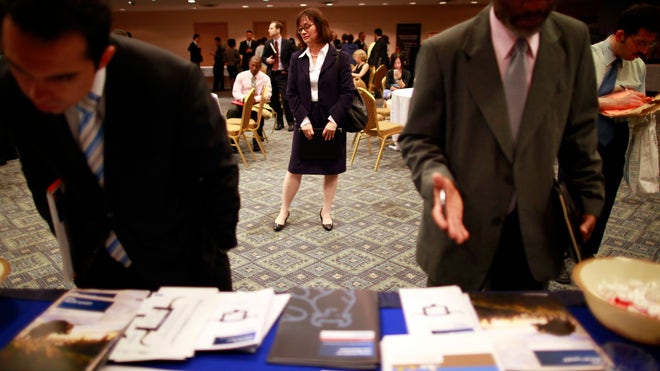 BMW spokesman Kenn Sparks said the company cannot comment on the specifics of pending litigation.
“However, BMW believes that it has complied with the letter and spirit of the law and will defend itself against the EEOC’s allegations of race discrimination,” he said.
Dollar General responded to the suit by saying the discount retailer prohibits discriminatory hiring in its employment practices but its criminal background checks are “structured to foster a safe and healthy environment for its employees, its customers, and to protect its assets in a lawful, reasonable and nondiscriminatory manner,” according to The Wall Street Journal.
The EEOC alleges Dollar General violated the civil rights of two applicants. In the one case, the person allegedly was denied employment even though a felony conviction was incorrectly attributed to her. And the commission alleges BMW’s policy doesn’t consider the nature of the crimes or how old they are.
EEOC alleges that when BMW required contract employees at the South Carolina plant to reapply for their jobs in 2008 a disproportionate percentage of those terminated were black, including some who had already worked for company contractors.
“The BMW plant in South Carolina employs thousands of people, and providing a safe work environment is one of the company’s highest priorities,” Sparks said.
All of the claimants are black, and both cases are filed in federal court, according to the EEOC.
The EEOC said upon updating the policy that civil rights laws already prohibit different treatment for job applicants with different ethnic backgrounds but identical criminal histories.
However, the update was issued out of concern that employers might disproportionately exclude minorities from getting hired because more African Americans and Hispanics are getting arrested and going to prison, according to the guideline report.
While the percentage of working-age Americans with a criminal record has increased significantly over the past 20 years, African Americans and Hispanics are arrested two to three times as much compared with the rest of the U.S. population, according to a commission report at the time of the vote.
The guideline, though not legal binding, direct employers to consider the crime, its relation to an applicant’s potential job and how much time has passed since the conviction. Employers should review each case individually and allow applicants to show why they should be hired despite a conviction, the guidelines state.
Strong objections to the policy changes began when the five-member commission approved them last April.
“The only real impact … will be to scare business owners from ever conducting criminal background checks,” said Commissioner Constance Barker, who cast the lone nay vote and was one of two George W. Bush appointees on the Democrat-controlled commission at the time.
She also said the EEOC in making the change “far exceeded its authority.”
Carol Miaskoff, the commission’s acting associate legal counsel, said the 4-1 vote proved, at least for the four commissioners voting yes, that they had not overstepped their authority.
Because the commission is not a regulatory commission, the outcome of the court cases will be a key first test for whether the guidelines will have teeth.
“The lawsuits are certainly a very public demonstration” of the EEOC’s decision to change the guidelines, Elizabeth Milito, of the National Federation of Independent Business, told FoxNews.com. “Background checks are essential to businesses large and small. And now they feel like they are in a no-win situation.”
Milito lays out the dilemma in which a company does not run a criminal check and risks having a new hire with a violent criminal history assault a co-worker, or run a check and face a federal lawsuit.
“People are confused, afraid and saying I could get sued either way,” she said.
Milito did not want to speculate on the outcome of either case but argued the commission, not exactly awash in resources, clearly picked cases it thought it could win and “two very big employers.”
Read more: http://www.foxnews.com/politics/2013/06/22/obama-administration-files-suits-against-businesses-using-criminal-background/#ixzz2WypIakQE