(CNN) — Our country is obsessed with the perils of attractive young white women, as this week’s trio of high profile crime stories aboutAmanda Knox, Jodi Arias and the Cleveland kidnapping victimsdemonstrates. We don’t see breathless coverage of the disproportionately large number of African-American men tried for crimes in our system. We see almost no coverage of missing boys, or missing children of color, or crimes against nonwhites.
This week an African-American man in Mississippi, Willie Manning, was about to be executed, though he was denied access to DNA testing. Manning, convicted of murdering two college students in 1994, maintains his innocence and requested the scientific testing, which has exonerated many convicted murderers, including some on death row.
The Mississippi Supreme Court denied that request and ordered his execution. At the last moment, U.S. Justice Department letters tipped the balance in favor of a reprieve. Few media outlets considered the monumental constitutional issues, or even the dramatic ticking clock toward his execution, worthy of mention.
Isn’t the fact that we still execute Americans without giving them access to DNA testing a stunning, significant story? Yet it got next to no attention.
Instead, in the last week thousands of hours of attention have been devoted to every detail of just three crime stories. 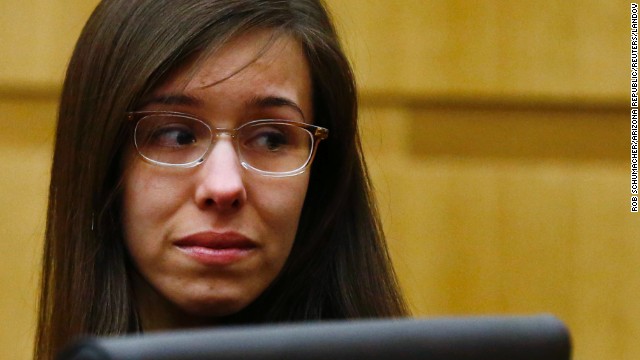 Jodi Arias reacts on Wednesday, May 8, after an Arizona jury found her guilty of first-degree murder for killing Travis Alexander in June 2008. The conviction means Arias could face the death penalty. Her trial has taken many turns and revealed a story of sex and violence.


In Phoenix, Arizona, Jodi Arias was convicted Wednesday of first degree murder, after the jury unanimously found that she intentionally and with premeditation killed her former boyfriend, Travis Alexander. The trial was covered live on HLN and followed closely on social media and other television networks. The next phase of the trial is scheduled to begin May 15.
In Cleveland, Ohio, Amanda Berry reportedly screamed for help, a neighbor came to her aid, and she, her 6-year-old daughter, and two women, Gina DeJesus (who is Latina) and Michelle Knight were freed after a decade of captivity. Ariel Castro was charged today with kidnapping and rape.
Amanda Knox, the American college student who was convicted, then acquitted of the murder of her roommate in Italy, has given tearful interviews in connection with her book tour, as an Italian court has reversed again and held that she should stand trial again for the charges.
Each of these cases includes salacious allegations and high-stakes outcomes. The Cleveland victims were reportedly raped and beaten countless times over the years. Amanda Knox is accused of killing her roommate as part of a drug-fueled sex game. Jodi Arias posed nude for photos and had sex with her victim just before she murdered him.
While each of these crime stories is worthy of news coverage — especially the Cleveland story, which involved serious questions of alleged law enforcement lapses — many others are equally worthy yet receive little or no attention, even as every detail of the high-profile stories is pored over and rehashed.
Missing children websites carry pictures of many African-American and Latino kids who have disappeared, and photos of little boys who have vanished. News outlets rarely feature their stories. Their families grieve their absence and yearn for media coverage that could help find their children and energize law enforcement.
And the biggest American crime story of all receives the least mention: that we now incarcerate more of our own people than any other country on earth, or in human history, and that minority males are disproportionately policed, arrested and convicted, and sentenced to harsher sentences. African-American juveniles are six times as likely as whites to be sentenced to prison for identical crimes.
In Washington, three out of every four black men can expect some time behind bars in their lifetimes. In Baltimore and Chicago, the majority of young black men are currently under the control of the criminal justice system. In sheer numbers, more African-Americans are under correctional control today than were enslaved at the time of the Civil War. Our disastrous war on drugs has devastated inner-city communities, and led to large numbers of African-Americans being legally barred from voting, jury duty, public housing, food stamps, student loans, and many other civic rights and benefits, often for life.
We cannot fix these problems if we are unaware of them. We cannot get a groundswell for reform if we are distracted by titillating outlier stories.
The media choose which stories to make high profile, driven by public interest in those stories. We cannot call ourselves a nation of equals until we pay equal attention to all those in our criminal justice system whose stories merit our attention, regardless of their race or gender.

Video: Black family in Houston locked inside restaurant by staff after refusing to pay tip