Instead of just a jail sentence, the two defendants, will also have to read a book about World War II or the Vietnam War, and then write a five page book report.

Judge Frank Forchione sentenced Jonas Rohr and Kyle Bodager Monday. The two were convicted of discharging a firearm near a prohibited premises.

Law enforcement officials say last fall the two teens and another juvenile were targeting practice in Tuscarawas  Township. While they were shooting, a stray bullet struck a man , Merle Webb, who was mowing his lawn.

Webb told us the bullet struck him in the face. He is still recovering but is expected to be ok.

“They didn’t intend to hurt anyone, but they did,” Judge Forchione told Fox 8 Tuesday. “I wanted the sentence to send a message. The prisons are full. So I wanted to do something especially being around July 4th, that may give these young men a message that they need to make better judgments. “

And the defendants will have time to read and write the report. One was sentenced to 7 days in jail and the other got a 30 day sentence. After they complete the jail sentence and report, they will have to perform 200 hours of community service at the Ohio Veteran’s Memorial Park in Clinton, Ohio.

The judge said his goal with this sentencing is to make sure the two learned from the experience.

“Hey, maybe I will impact their lives in a positive way and they won’t be back in my courtroom,” the judge said. 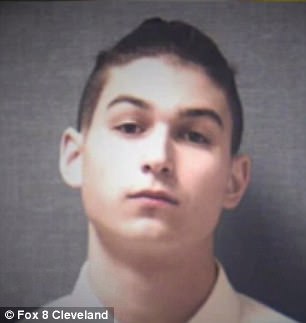 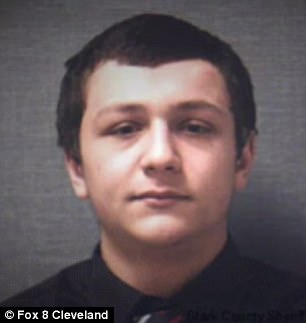 An Ohio judge hoping to send a message has sentenced 19-year-olds Kyle Bodager (left) and Jonas Rohr (right) not only to jail time, but to read a book about World War II or the Vietnam War and write a report 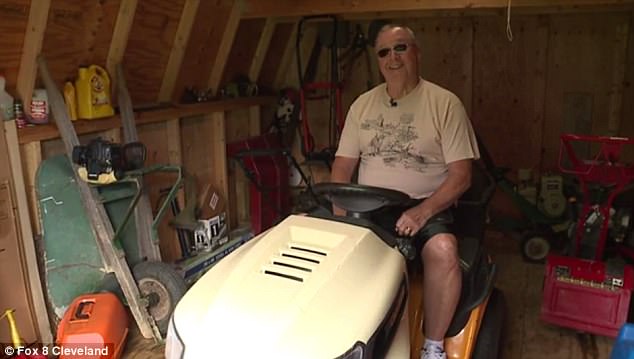 Police say the two teens and another juvenile were shooting targets in Tuscarawas Township when they struck Merle Webb (pictured), who was mowing his lawn, with a stray bullet last fall