Oprah Winfrey has been known to stay away from political battles, with Barack Obama’s 2008 presidential campaign being the rare exception, but now the media mogul is trying to help a 21-year-old college graduate get elected.

Unlike Obama, Michael Tubbs is a virtual unknown, but the ‘O’ factor may change all that.

The recent Stanford University graduate is running for City Council in his hometown of Stockton, California, ABC News reported. He first met Oprah at a dean’s luncheon in April while she was touring the campus with the African Leadership Academy. 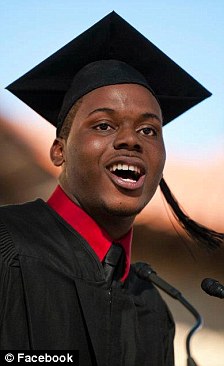 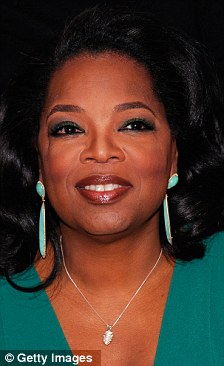 Aha moment: Miss Winfrey, right, sent a check for $10,000 to Michael Tubbs, left, who is running for City Council in Stockton, California

After hearing of his aspirations, the queen of daytime television reportedly asked Tubbs how she could make a campaign donation, according to a report from BET. A check for $10,000 arrived in Tubbs’ mailbox days later.

Oprah’s donation to Tubbs’ campaign brought him that much closer to his $30,000 fundraising goal.

Tubbs told CNN that he feels so ‘thankful and humbled’ by Miss Winfrey’s generosity and feels that Oprah’s political sentiments mimic those of his constituents. 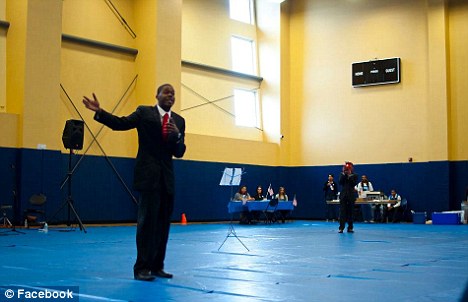 Great expecations: The son of a teenage mother and incarcerated father, Tubbs has promised to breath new life into a struggling city

‘Oprah has only given to two other campaigns, which is a common narrative among our donors,’ said Tubbs, adding that many of his donations come in $10-20 per month increments.

Born to a 16-year-old mom and jailed father, Tubbs calls himself a ‘political breath of fresh air’ in a struggling city. Tubbs has even chosen as his campaign slogan the hopeful words, ‘Reinvent Stockton.’

As a rare Oprah beneficiary, Tubbs is in good company. The CEO of the OWN Network famously endorsed then-candidate Obama in 2008 and was very involved in his presidential bid, raising money and using her popular talk show to help get him elected. 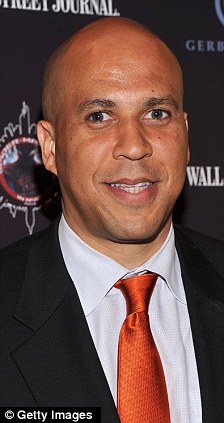 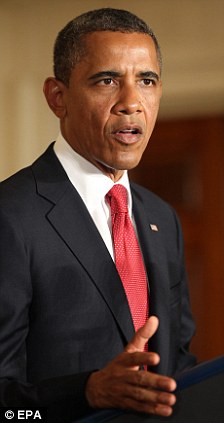 Star power: Winfrey threw her support behind President Obama, right, in 2008, and she also has been backing Newark Mayor Cory Booker, left

The only other candidate to get high-profile coverage from Winfrey is Cory Booker, the mayor of Newark, New Jersey, who is frequently featured in her magazine, O.

Tubbs got his campaign off to a good start by winning the Democratic primary on June 5. The 21-year-old received 55 per cent of the vote to incumbent Dale Fritchen’s 45 per cent. Fritchen, who hasn’t been challenged in an election since taking office in 2008, will still run against Tubbs in November’s race.

But even if elected, Tubbs will likely face an uphill battle in his efforts to reinvigorate the economically depressed city that he calls home. 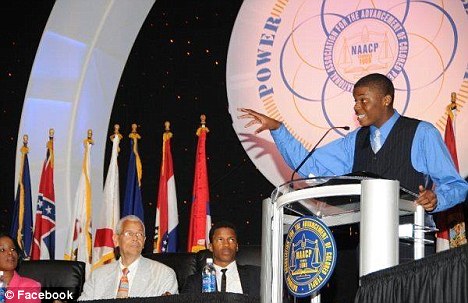 Early victory: Tubbs recently won the Democratic nomination for the office, running away with 55 per cent of the vote to incumbent Dale Fritchen’s 45 per cent in the June 5 primary 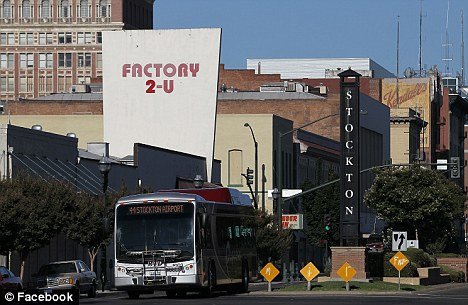 Rough town: Stockton, a community of nearly 300,000, was ranked the most miserable city in America in 2009

Stockton, a community of nearly 300,000, was ranked the most miserable city in America in 2009 based off of criteria such as income tax rates, commute times, poverty levels and violent crime rates.

In 2009, Forbes magazine reported Stockton to be on its list of the nation’s most dangerous cities, at number five.

To make matters worse, Stockton has recently filed for Chapter 9 bankruptcy, making it the largest city to do so.

If elected this fall, Tubbs will become the youngest councilman in Stockton history.

Child sacrifice in Africa is a business