By ASSOCIATED PRESS REPORTER
PUBLISHED: 16:42 EST, 18 January 2013 | UPDATED: 17:05 EST, 18 January 2013
Former New Orleans Mayor Ray Nagin was indicted today on charges that he used his office for personal gain, accepting payoffs, free trips and gratuities from contractors while the city was struggling to recover from the devastation of Hurricane Katrina.

The charges against Nagin stem from a City Hall corruption investigation that already has resulted in guilty pleas by two former city officials and two businessmen and a prison sentence for a former city vendor.

The federal indictment accuses Nagin of accepting more than $160,000 in bribes and truckloads of free granite for his family business in exchange for promoting the interests of a local businessman who secured millions of dollars in city contract work after the 2005 hurricane. 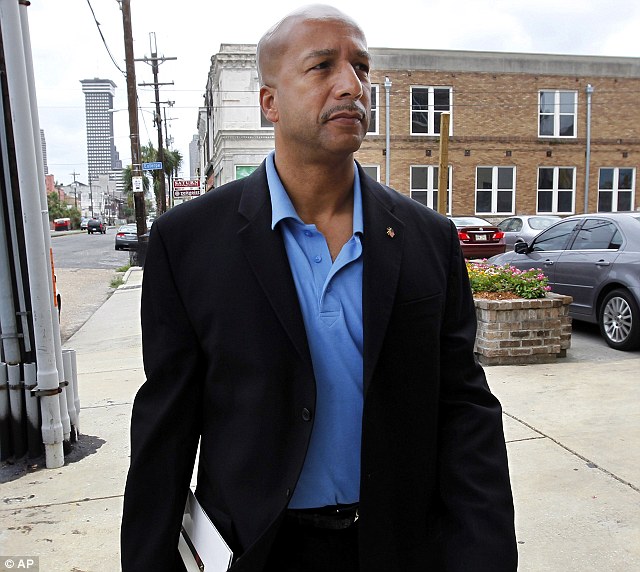 The businessman, Frank Fradella, pleaded guilty in June to bribery conspiracy and securities-fraud charges and has been cooperating with federal authorities.

Nagin, 56, also is charged with accepting at least $60,000 in payoffs from another businessman, Rodney Williams, for his help in securing city contracts for architectural, engineering and management services work. Williams, who was president of Three Fold Consultants LLC, pleaded guilty Dec. 5 to a conspiracy charge.

The indictment also accuses Nagin of getting free private jet and limousine services to New York from an unidentified businessman. Nagin is accused of agreeing to wave tax penalties that the businessman owed to the city on a delinquent tax bill in 2006. 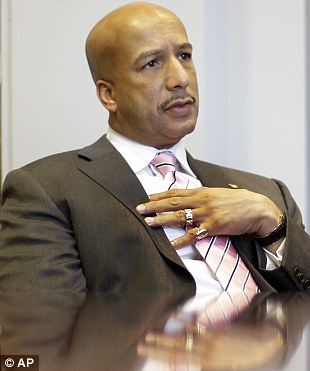 Shameless: Nagin allegedly used free private jets to fly to New York as many of his constituents still suffered from Katrina’s aftermath.

Meffert cooperated with the government in its case against St. Pierre, who was convicted in May 2011 of charges that include conspiracy, bribery and money laundering.

Nagin, a former cable television executive, was a political novice before being elected to his first term as mayor in 2002, buoyed by strong support from white voters. He cast himself a reform-minded progressive who wasn’t bound by party affiliations, as he snubbed fellow Democrat Kathleen Blanco and endorsed Republican Bobby Jindal’s unsuccessful gubernatorial campaign in 2003.

Katrina elevated Nagin to the national stage, where he gained a reputation for colorful and sometimes cringe-inducing rhetoric.

During a radio interview broadcast in the storm’s early aftermath, he angrily pleaded with federal officials to “get every doggone Greyhound bus line in the country and get their asses moving to New Orleans.” In January 2006, he apologized for a Martin Luther King Day speech in which he predicted New Orleans would be a “chocolate city” and asserted that “God was mad at America.” 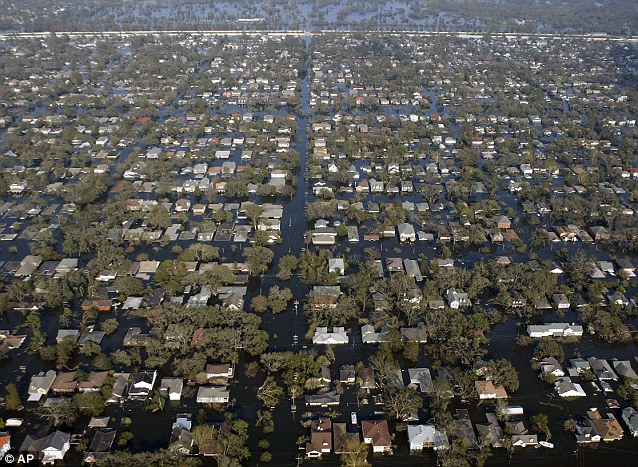 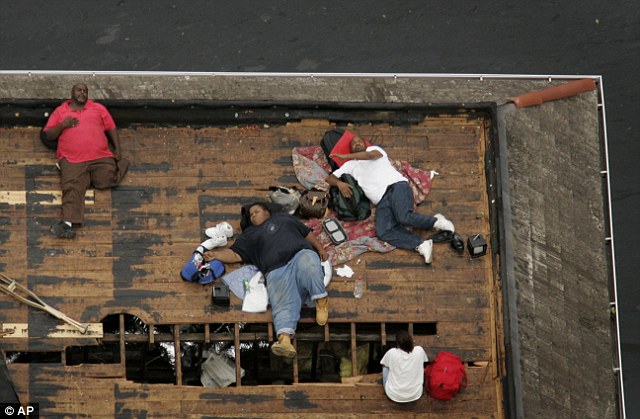 Homeless: Residents wait on a roof to be evacuated from the floodwaters after Hurricane Katrina. 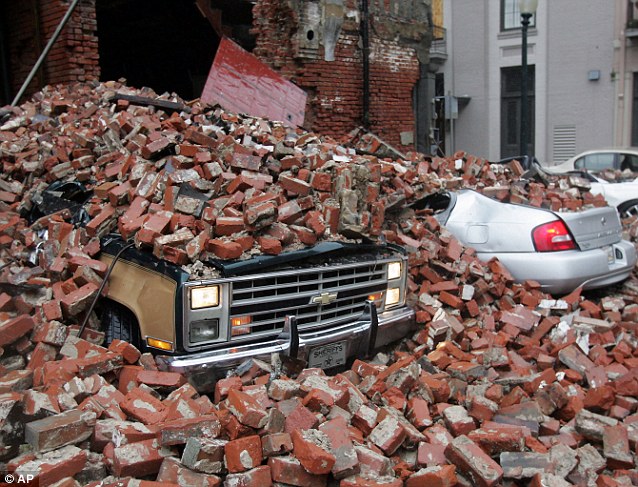 
Strong support from black voters helped Nagin win re-election in 2006 despite widespread criticism of his post-Katrina leadership. But the glacial pace of rebuilding, a surge in violent crime and the budding City Hall corruption investigation chipped away at Nagin’s popularity during his second term.

Nagin could not seek a third consecutive term because of term limits. Mitch Landrieu, who ran against Nagin in 2006, succeeded him in 2010.

Aaron Bennett, a businessman awaiting sentencing in a separate bribery case, told The Times-Picayune that he introduced Nagin to Fradella specifically to help the mayor get Home Depot granite installation work for a business that he and his sons founded. Fradella’s company received millions of dollars in city contracts for repair work at Louis Armstrong New Orleans International Airport and in the French Quarter after Katrina, the newspaper reported. 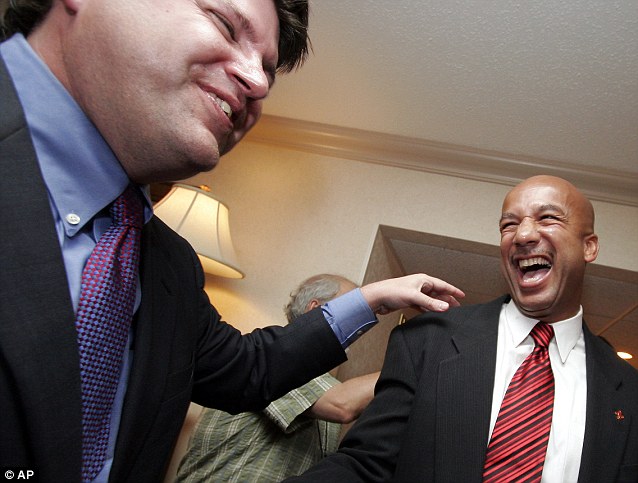 Some of the allegations in the indictment have been the subject of state ethics complaints. In April 2010, the Louisiana Board of Ethics charged Nagin with two possible violations of state ethics law.

One charge involves Nagin’s “use of a credit card and/or gifts” from St. Pierre and his technology firm, NetMethods, while the company was working for the city. NetMethods paid for Nagin and his family to travel to Jamaica in 2005 and to Hawaii in 2004, according to newspaper reports.

In the other charge, the Ethics Board says Stone Age LLC, the Nagin family’s business, was compensated for installation services provided to Home Depot while the home improvement retailer was negotiating tax breaks from the city.

Nagin has largely steered clear of the political arena since he left office. On his Twitter account, he describes his current occupations as author, public speaker and “green energy entrepreneur.” He wrote a self-published memoir called “Katrina’s Secrets: Storms After the Storm.”