By DAILY MAIL REPORTER
PUBLISHED: 16:32 EST, 19 January 2013 | UPDATED: 10:20 EST, 20 January 2013
Minneapolis Public school officials are ‘deeply disturbed by an incident of racial intolerance’ after finding a dark-skinned baby doll hung from its neck with a piece of string in a high school last week.
Washburn High School surveillance cameras captured four students – who’s names have not been released – in the act of stringing up the doll.
The students also took their own photos of the incident and posted them to social media. 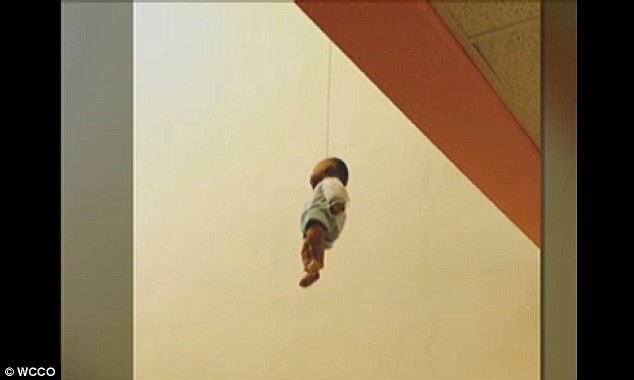 Specter: Washburn educators called the hanging of this dark-skinned doll a disturbing sign of racism in the classrooms 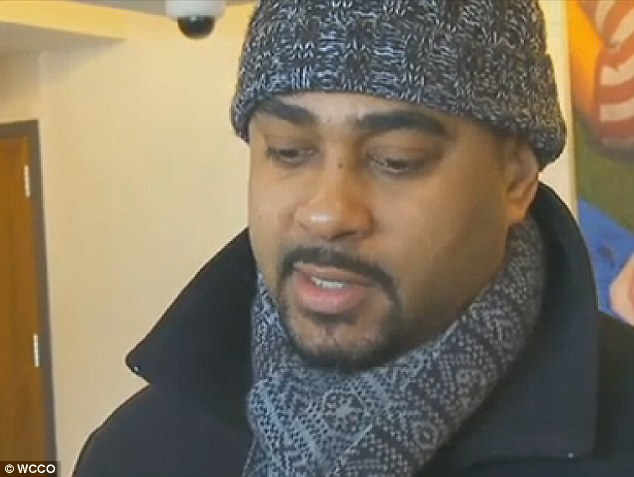 Scared: Washburn parents said the doll makes them worried about the environment their children learn in

Washburn Principal Carol Markham-Cousins notified parents of the hanging Wednesday in a letter, writing that she had already taken ‘immediate action.’

Though the school has declined to give specific details, officials say the students have been disciplined.
WCCO reports that one student has been expelled and two others suspended.

‘This is an extremely disturbing occurrence and not reflective of the Miller Pride that we promote. Such insensitive behavior is intolerable in our school and school district,both of which are full of diversity and rich in culture,’  Markham-Cousins wrote.
‘Due to the gravity of this incident, we are responding in several ways. Aside from following the school district’s code of conduct in any instance of inappropriate behavior, we will be creating opportunities for these students to take responsibility for their actions through restorative measures. We are also seeking opportunities for students to work with our community partners who provide support services so they have the resources they need to be successful.’ 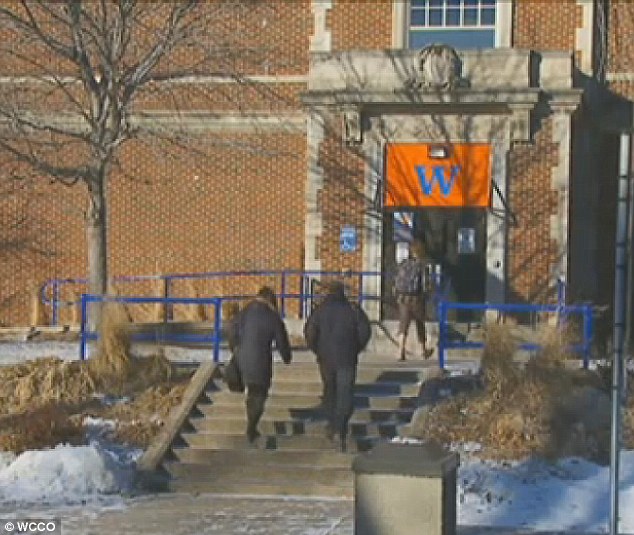 Consequences: Washburn reportedly expelled on student involved in the incident and suspended two others

The school is also offering counselors, school staff, and community groups in case any student upset by the incident feels the need to reach out.
Read more: http://www.dailymail.co.uk/news/article-2265127/Washburn-High-School-Outrage-students-hang-dark-skinned-doll-neck.html#ixzz2IWxxtUDZ

White Texas Conservative Wins Election by Pretending to Be Black