By DAILY MAIL REPORTER
PUBLISHED: 00:53 EST, 7 April 2013 | UPDATED: 02:14 EST, 7 April 2013
The toddler abandoned on a stranger’s doorstep while wearing an ‘Auntie Loves Me’ t-shirt has been identified leading to her parents’ arrest across state lines.
Alonzo Brown, 31, and Tongela Denise McBride, 37, were arrested and charged with unlawful neglect of a child in Georgia on Friday night after allegedly leaving the toddler outside a South Carolina home on Tuesday.

Authorities publicly identified the 4-year-old girl as Zoe Brown of Marietta, Georgia after a four-day, nation-wide hunt for her parents. 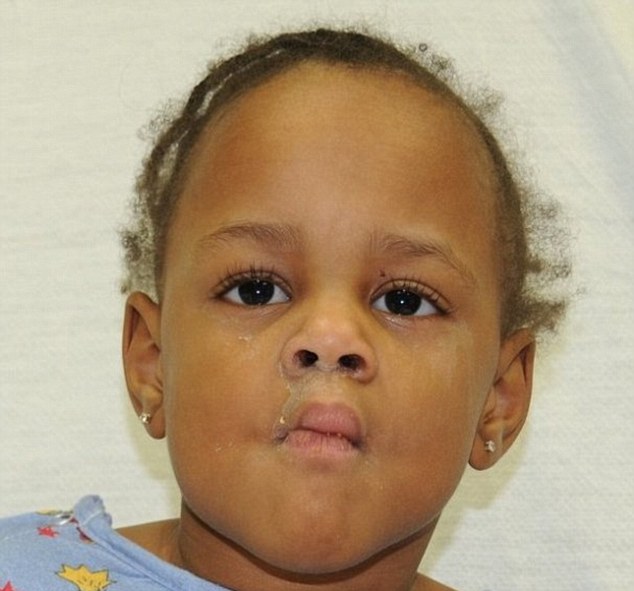 Identified: Four-year-old Zoe Brown of Marietta, Georgia has been identified by the Anderson County Sheriff’s office as the toddler abandoned outside a stranger’s home in South Carolina late Tuesday night 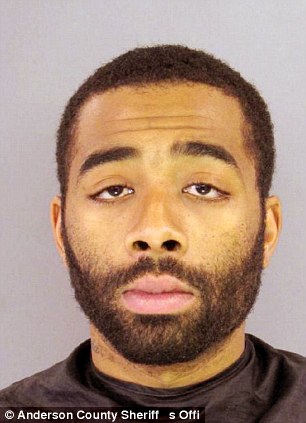 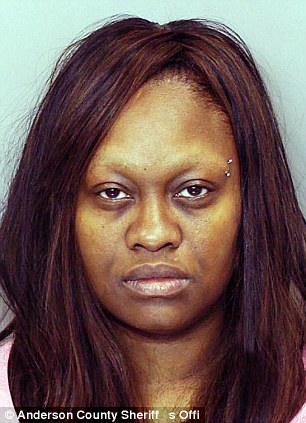 Parents: (left to right) Alonzo Brown, 31, and Tongela Denise McBride, 37, were arrested and charged with unlawful neglect of a child in Georgia on Friday night

The girl, found wearing clothes made for a 24-month-old, had only a note pinned to her diaper reading ‘call DCAF please’ referring to the Georgia Department of Family and Children.
The child’s photo was shared more than 2 million times from the Anderson County Sheriff’s Office’s Facebook page alone, authorities said.


‘Just putting the story out there and all over the country, it was the media that led to the individuals that called us,’ Public Information Officer Chad McBride told ABC. ‘For a couple days we didn’t have anything.’

Zoe is now in foster care and will remain there until a family member can prove their ability to offer her a safe home. 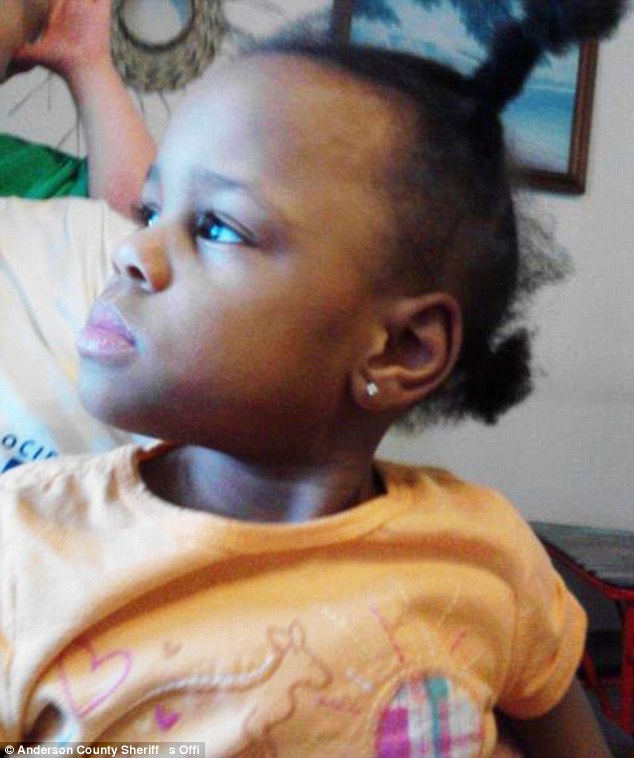 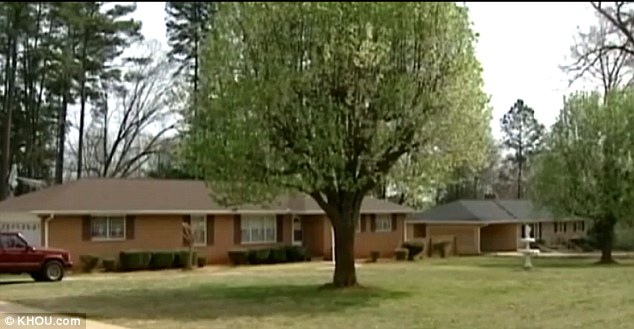 Found: Roy Campbell found her on his porch late on Tuesday night after someone rang the doorbell and ran

The sheriff’s office has refrained from offering a possible motive for the parents’ crime stating it being ‘in the best interest of pursuing justice for Zoe.’

South Carolina law allows a caregiver to drop a child under 30 days old at a state-sanctioned ‘safe haven’ without facing prosecution.

Those consist of a hospital, church or school.
On Tuesday Roy Campbell went to answer his door on Brook Forest Drive after the doorbell was rung around 11pm.

He found the child outside in a stroller and said he had no idea where she came from.

‘I heard the neighbor’s dogs barking so I went around the back of the house to see if they might have gone there,’ he said. 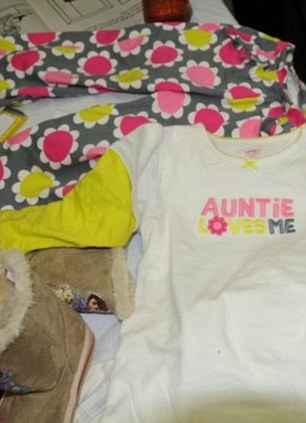 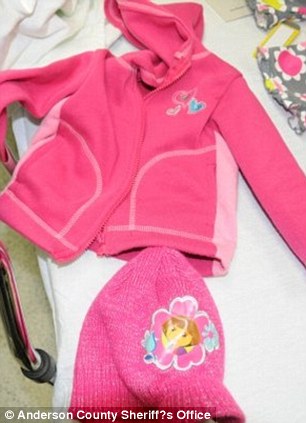 Clues: The girl was wearing an Auntie Loves Me t-shirt, left, with other size 24 months clothing

‘When I didn’t see anyone, I went back to the front door and noticed that there was a baby in the stroller.’

The girl was found wearing an ‘Auntie Loves Me’ t-shirt and a Dora the Explorer hat.

She also has surgical scars on her chest and neck, according to officers, who believe she may have had to undergo recent heart surgery.

They were  fearful she may have health issues which they couldn’t fully establish without knowing her medical history.

‘Obviously it’s against the law what has happened here,’ Anderson County Sheriff’s Office spokesman Chad McBride told the Independent Mail at the time.

‘But we need to know more. If the girl was kidnapped, the parents or guardians are not to blame. We don’t know what exactly happened.’

They put out a series of photographs of the girl and the clothing she was found in for help across several states to try and track down her family.
Read more: http://www.dailymail.co.uk/news/article-2305218/Toddler-abandoned-outside-home-wearing-Auntie-Loves-Me-t-shirt-identified-leading-parents-arrest.html#ixzz2Pplg112c