The parents of drum major Robert Champion were left ‘appalled’ after Florida A&M University concluded that the 26-year-old student was at fault for his own death in last year’s hazing incident.

In legal papers filed on Monday, the university maintained that it was Champion, not the school, who bears the ultimate responsibility for his death. Champion died last November after he was beaten by fellow members of the famed Marching 100 band aboard a charter bus parked outside an Orlando hotel.

The university asserts that the 26-year-old Champion was a top leader in the band and he should have refused to take part in the hazing ritual. 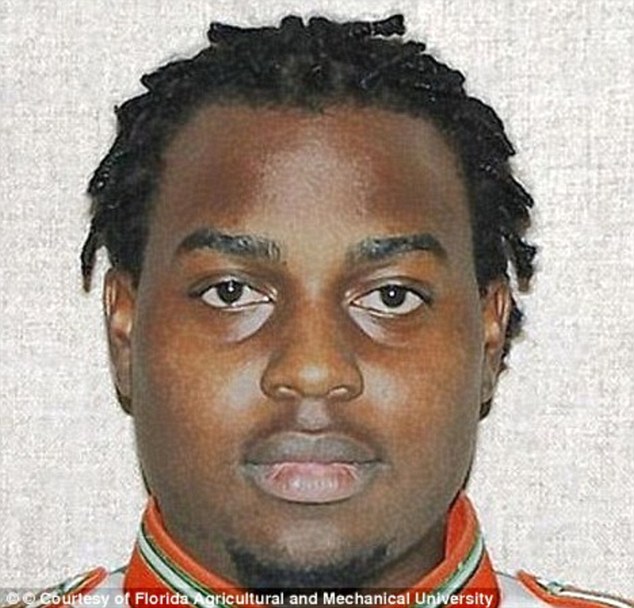 ‘No public university or college has a legal duty to protect an adult student from the result of their own decision to participate in a dangerous activity while off-campus and after retiring from university-sponsored events,’ states the lengthy filing by Richard Mitchell, an attorney with the GrayRobinson law firm hired by FAMU.

Instead, the university maintains that Champion — who it says witnessed others being hazed that night on the bus — consented to the hazing ritual in order to gain respect among fellow band members.

Because of that, FAMU wants a judge to throw out the lawsuit filed against the university by Champion’s family or at least delay action on it until criminal charges against Marching 100 band members are resolved. The family also sued the owner and driver of the charter bus where the ritual took place.

‘Under these circumstances, Florida’s taxpayers should not be held financially liable to Mr. Champion’s estate for the ultimate result of his own imprudent, avoidable and tragic decision and death,’ states the motion filed by the university.

However, Champion’s parents and their attorney disagree. 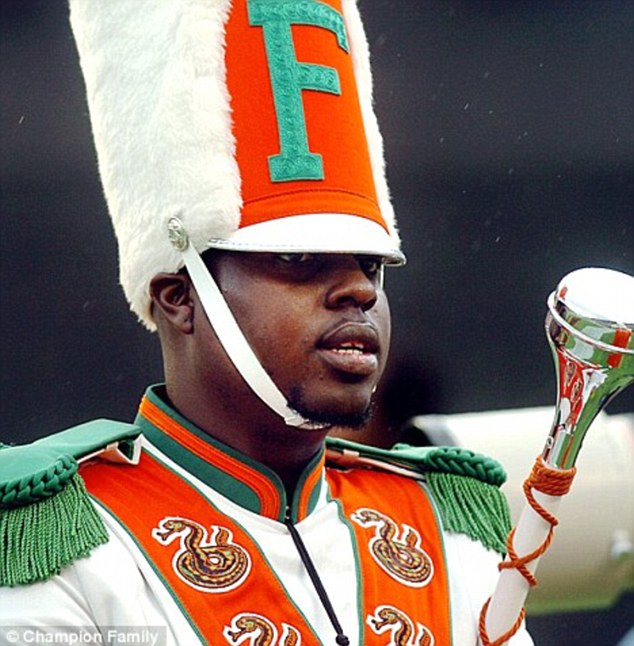 Life cut short: Champion, 26, passed away after he was beaten by fellow members of the famed Marching 100 band aboard a bus

‘No, he was on the clock,’ attorney Chris Chestnut told ABC. ‘This is a school sanctioned event. It’s in a bus they chartered, at a hotel they designated for him to stay at exclusively with members and staff of this institution.’

The legal filing represents the first formal response that the university has made in the wake of Champion’s death, which led to arrests of band members, the suspension of the famed band for this football season and the resignation of the school’s president. Twelve former members have pleaded not guilty to charges of felony hazing.

The suit was brought by Robert and Pamela Champion of Decatur, Georgia. University trustees had discussed trying to mediate the lawsuit, but FAMU’s response may have doomed that effort.

‘It’s startling that they would blame the victim for his own death,’ Chestnut said. ‘FAMU is pointing the finger at everyone else but themselves, including their own students.’

The lawyer added that the lawsuit needs to go forward so that the university is held accountable for tolerating a culture of hazing that went unchecked for years. 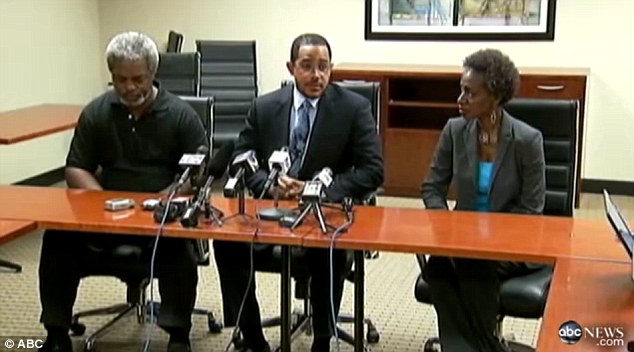 Appalled: Champions’ parents, Robert, left, and Pamela, right, as well as their attorney Chris Chestnut, center, said they are determined to pursue their lawsuit against FAMU

‘Someone has got to hold FAMU accountable,’ Chestnut said Monday. ‘We are now more committed than ever to litigate this case to clear Robert’s name and eradicate the culture of hazing for the safety of future students.’

The university’s motion also notes that Champion signed a Hazing and Harassment Agreement prior to his death in which he acknowledged the ‘dangers of participating in hazing, either as a hazer or a hazee.’

Chestnut, however, called the reference to the agreement a ‘tongue-in-cheek’ move on the part of FAMU. 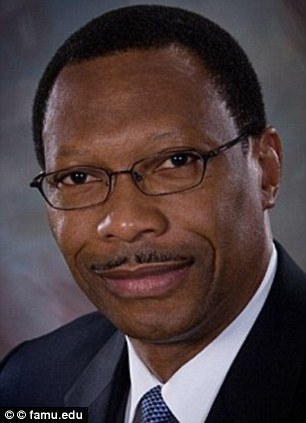 ‘Everyone signed that agreement, but they also knew that unless you were hazed, you weren’t accepted,’ he said.

The Champions claim university officials did not take action to stop hazing even though a school dean proposed suspending the band because of hazing three days before their son died. In its response the university denied that any specific proposal or recommendation was made regarding suspending the band prior to Champion’s death.

The university in the last several months has instituted a long list of new policies, including limiting the Marching 100 to just FAMU students and putting in new academic policies. Beginning in spring 2013, students will be required to sign an anti-hazing pledge before they’re allowed to register for classes.

The State University System of Florida still has a pending probe into whether university officials had ignored past warnings about problems with hazing at FAMU.

Hundreds of pages of records reviewed earlier this year by the Associated Press showed years of repeated warnings about brutal hazing passed without any serious response from the school’s leadership until Champion died. 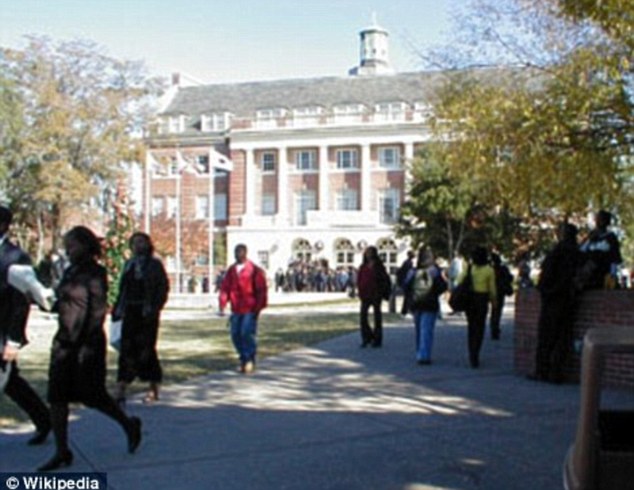 Reforms: The university has instituted a long list of new policies, including limiting the Marching 100 to just FAMU students and putting in new academic policies