Lousiana sheriffs revealed Monday that the pastor shot dead while singing to a service was accused of rape by his confessed shooter’s wife.
Just two days before Pastor Ronald J. Harris Sr., 53, was killed while singing to a revival crowd of more than 65, former deacon Woodrow Karey’s wife told filed sexual assault charges against the pastor.


Calcasieu Parish Sheriff Tony Mancuso said the ccharges were still being investigated Friday when the ‘Karey walked into the Tabernacle of Praise Worship Center, and shot Harris at close range’ before turning himself in minutes later. 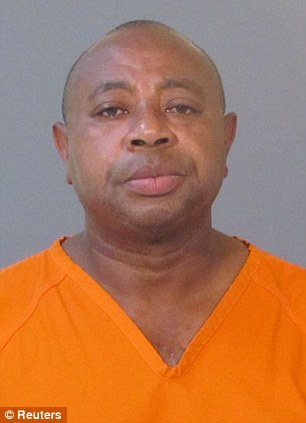 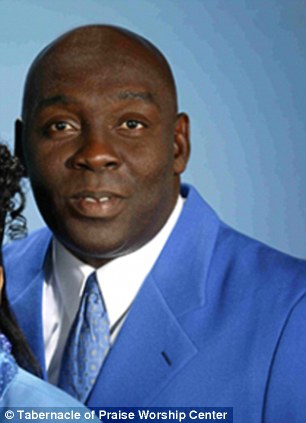 Bizarre shooting death: Ex-deacon Woodrow Karey (left) shot pastor Ronald Harris Sr (right) to death Friday night while the preacher was singing in front of about 65 church members at a revival. It was revealed Monday that Karey’s wife filed charges against Harris two days before the murder.

Mancuso says the woman and preacher had exchanged text messages, and it’s not yet clear whether a sexual assault took place.

Harris was preaching at about 8:20 pm on Friday when he was shot twice by the former deacon and fell to the floor.

Harris was pronounced dead at the scene.

Sixty-five people were inside at the time, including the victim’s wife, said Chief Deputy Stitch Guillory.
53-year-old Karey left the church four years ago, according to Mr Harris’ daughter Talisha Harris, who added that her family is ‘puzzled’ by his motives.
He was booked on a second-degree murder charge and remained jailed Sunday, his bond set at $1 million.

The preaching had not yet begun Friday night when the gunman burst into the sanctuary. The congregation of 65 people or more was waiting for some out-of-town visitors, Harris said. 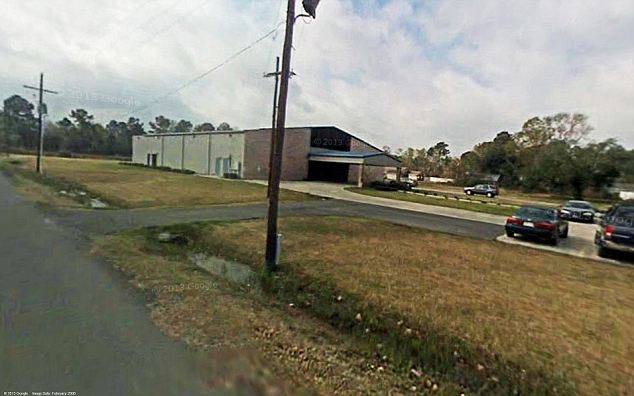 Confessed: Pastor Ronald J. Harris Sr. was preaching at about 8:20 pm on Friday at Tabernacle of Praise Worship Center when he was shot twice by a lone gunman. Soon after, Karey turned himself in

Her father was singing. So was she, as a member of the five-person praise group that accompanied him.

The gunman ran out a side door, she said.

After officials arrested Karey a block from the church, he told them where to find two guns in a nearby wooded area – one was a shotgun, the other a .22-caliber pistol.
Karey has no history of mental illness or criminal activity.
Harris said her father always made time for his own children, and acted as a father to many other children. ‘The people in our church, he’d treat them as if they were family,’ she said.

Harris said that forgiveness and love wouldn’t be her father’s only message to his killer.

‘He’d say, “Come to church. And let God visit (your) mind.”‘
Family members who answered the telephone Saturday at the Harris home in Lake Charles said there would be no comment. There was no answer at a telephone listing for Karey or at Tabernacle of Praise.
Read more: http://www.dailymail.co.uk/news/article-2439539/Ronald-J-Harris-Louisiana-pastor-shot-dead-mid-sermon-accused-raping-confessed-shooters-wife.html#ixzz2gQhENjiu

Pre Columbian cave writings in Puerto Rico show Jesus spelled with an I, NOT J

Where Did Satan Come From?