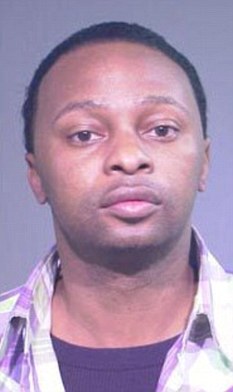 A ‘pimp’ has been accused of forcing young girls into prostitution and paying them with drugs and food from the McDonald’s dollar menu.

At least 12 young women were exploited by DaJuan Brown, of Cook County, Chicago, over a five-year period, a court heard.

Brown – also known as ‘Juan Clark’ – regularly beat them, plied them with heroin and sometimes locked them up in his West Side apartment without any food or access to appliances, prosecutors claimed.

If the girls met their ‘quota’ of clients, they would be ‘rewarded’ with more drugs or food from the McDonald’s dollar menu, the court heard.

However, it is alleged, if they failed to meet his demands he would punish them by withholding the drugs and forcing them to go through heroin withdrawal symptoms.

Cook County prosecutors described how Brown – who also goes by the nickname of ‘Church’ – would control his victims’ drug addictions.

They said at least one girl who was clean of drugs became hooked on heroin after going to work for Brown, the Chicago Sun-Times reported.

Prosecutors said girls were touted through websites and Brown gave them pre-paid mobile phone for them to use while they were out – but the girls had to give back the Cricket handsets when they returned.

The back door of the apartment where the girls were kept would be locked with a deadbolt while they were inside and Brown also had a man guarding the door, the court heard. 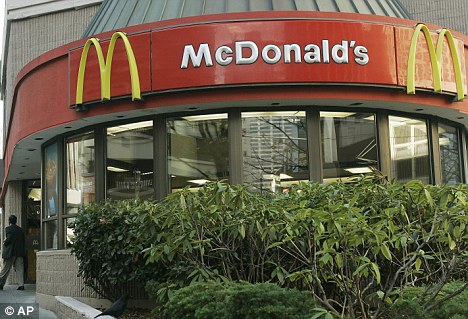 Not-so-happy meal: If the girls met their ‘quota’ of customers, the were ‘rewarded’ with food from the McDonald’s dollar menu 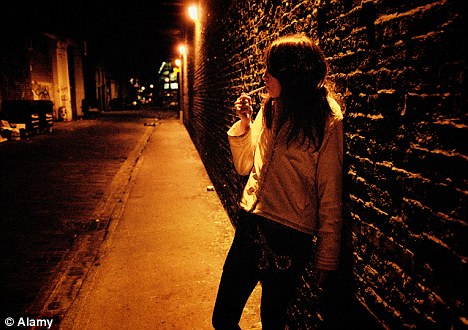 Controlling their addictions: At least one girl came to work for Brown clean of drugs but became hooked on heroin, the court heard (file photo)

One girl was said to be beaten and knocked unconscious by Brown when she was caught escaping from the apartment, prosecutors said.

The court was told how he would also viciously beat them if they refused to work and that victims would be forced to hand over all their money and IDs.

Police arrested Brown when one of his victims – registered as a missing woman – was flagged up by the National Human Trafficking Hotline as being abused by her pimp, the Chicago Sun-Times reported.

Brown was ordered held in lieu of $1 million at his court hearing on Wednesday.

Black people more likely to be jobless in Britain than US, research reveals