Televangelist Pat Robertson slammed Planned Parenthood founder Margaret Sanger on Wednesday, saying her writings advocated a plan to drive minorities “toward euthanasia.”
“Go back and read her writings,” Robertson said on “The 700 Club.” “What Margaret Sanger believed was there were defective, genetically defective people. They were Roman Catholics, they were evangelical protestants, they were Southern Europeans, they were Latinos and especially, they were African Americans.”
Robertson went on to say Sanger wanted to find a “highly respected” leader in those communities to be the spokesman for Planned Parenthood in order to “lead the black people toward euthanasia.”
Robertson also compared Sanger to “the Nazis,” who he said “found people that they thought were defective and they wanted to sterilize them and of course, ultimately murder them.”
It’s not the first time Robertson has compared Sanger to Nazis. In April, he said Sanger “set the stage for Adolf Hitler.” 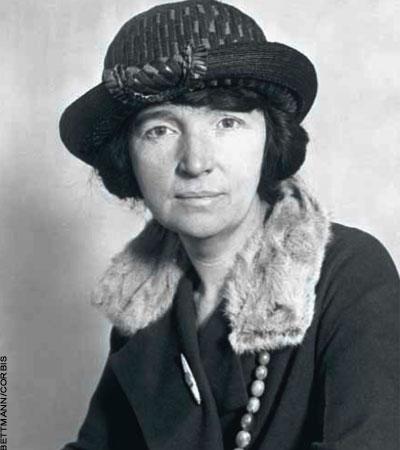 The infamous out of context quote that she wanted to find prominent Negro physicians to help with birth control in the South was to counteract Black fears of birth control so that Black women could control their family size just as whites were doing.These statements by Robertson are part of a long pattern of falsehoods and distortions by the anti-birth control crowd who have no valid arguments against birth control, so they resort to smearing a women who has been dead for a half century.
She did endorse compulsory sterilization in limited circumstances but in general opposed it as much as she opposed compulsory motherhood.
She said: “Compulsory motherhood is the cornerstone of the subjection of women and the subjection of women is the basis of all the evils of over-population. Birth is the woman’s problem, and she must be put in a position to solve it for herself. She must have the right to her own body, and the right to choose when she will bear a child. If this right be made absolutely hers, there will be an end to the bearing of children for whom the world has no room and no opportunities; there will be an end to the bearing of diseased and defective children…”

Rena Price Is Dead at 97; Catalyst for the Watts Riots