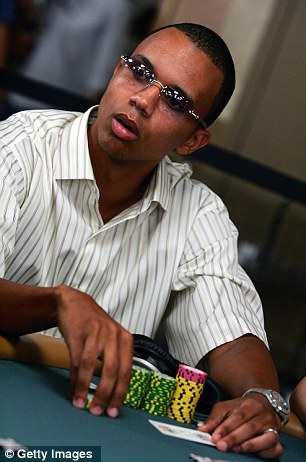 High roller: Poker star Phil Ivey netted £7.3million playing cards at Crockfords, one of the oldest private casinos in the world. But the house has refused to pay out

Seated at a private gaming table in a Mayfair casino, Phil Ivey exuded an air of quiet confidence. His transfer of £1 million into the casino’s bank account had been a gesture of goodwill, as much as proof that he meant business.

Mr Ivey, one of the best poker players in the world, was joined by a beautiful Oriental female friend, whom he hoped would bring him luck. Perched on a chair overlooking the table, with its neatly stacked rows of chips, decks of cards and dealing shoe, sat the casino’s inspector, notepad in hand.

For two nights over the August Bank Holiday at Crockfords, one of the oldest private casinos in the world, the 35-year-old Californian played a relatively simple card game called Punto Banco. The result was a winning streak which resulted in him netting a staggering £7.3 million.

So is he now working out how to spend his winnings? Quite the contrary, for Crockfords has refused to pay up, and has called in investigators from Malaysia, where its owner, the gaming corporation Genting, is based.

They interviewed staff and pored over hour upon hour of surveillance footage. They even inspected the cards and dealing shoe used in Mr Ivey’s game to try to see if anything untoward had contributed to his mammoth win. But it is believed no sign of any wrongdoing was found.

The casino has returned his initial £1 million stake, but lawyers for both sides are now locked in an increasingly bitter dispute over the rest of the money. Strangely, it is not even clear if Mr Ivey has been accused of any wrongdoing. The police are not thought to have been contacted.

The casino’s insistence on keeping its hands on the money is all the more curious because Punto Banco, which Ivey chose to play, is a skill-free game in which the gambler plays only against the banker, and seeks simply to get a score as close to nine as possible. This means that, as with a roulette wheel, it is almost impossible for a player to ‘fix’ the outcome.

At first, the casino had said it would pay the winnings, warning that the Bank Holiday Monday would stall the payment. What eventually stopped it from handing over the money remains a mystery. It has emerged that the woman who accompanied the gambler has had her membership of another Mayfair casino suspended, although it is not known why. It is now most likely that Mr Ivey and the casino will meet in the High Court to settle the matter once and for all.

At loggerheads: The casino has returned Mr Ivey’s £1million stake, but lawyers for both sides are now locked in an increasingly bitter dispute

The case offers a tantalising glimpse into the world of high-stakes professional gamblers — one which might almost be taken from the pages of Ian Fleming’s novel Casino Royale. But James Bond was never refused his winnings by a casino — so why would anyone else be?

Barry Carter, author of The Mental Game Of Poker, believes that because Mr Ivey is a very wealthy man — he won £10 million in just one Las Vegas poker tournament — he was able to continue to play for so long that he encountered a statistically unusual run of winning hands. Indeed, when he was at Crockfords and betting £50,000 a hand, his losses hit £500,000 before his fortunes changed.

‘I don’t think for one minute that he cheated,’ says Carter. ‘It is almost impossible for him to have an influence in a game of pure chance like Punto Banco.

‘Just because it’s statistically unlikely doesn’t mean you can’t have such a long winning streak — it is the nature of probability.

‘He comes to the attention of casino bosses because he is considered the best poker player in the world, and people wrongly think he may have some edge in other card games, too.’

Mr Carter believes the casino will have to pay the cash at some point, adding that the reason they can delay paying such a large sum is that the industry is not licensed as tightly as some other businesses.

Over the years, professional gamblers who have developed some kind of system to boost their odds have been barred from casinos or had a cap imposed on the size of bets they can place. 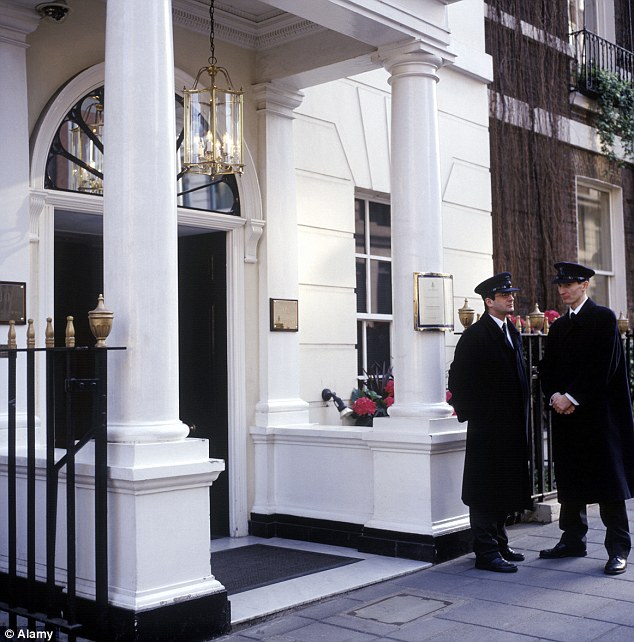 High stakes: Doormen stand at the entrance to Crockfords in Mayfair, London, where Mr Ivey played for two nights over the August Bank Holiday

Card counting is the most common technique, where the punter keeps an eagle eye on the cards that have already been dealt and memorises them, so he knows what remains. He can then make an informed bet on what is going to be dealt next.

When Don Johnson, for example, a 49-year-old American professional gambler, arrives at a casino, he strikes fear into the management. He is already barred from two Las Vegas casinos — and in 2010 won more than £4 million from two Atlantic City casinos playing blackjack. Last year, a 12-hour session at another saw him walk away with more than £3 million. (The boss was promptly sacked.)

While no one knows what system he uses, he puts his success down to having the cash to keep going when he has suffered setbacks.

‘You also have to understand the maths,’ Mr Johnson has said. ‘I’m not breaking any laws. I’m beating them with my own skills.’

There are those, however, who have relied on cunning to break the law and steal millions of pounds from casinos in cons worthy of the Ocean’s Eleven films.

In 2007, two Chinese men and a woman were discovered using miniature cameras woven into a suit sleeve and a handbag to film the croupier dealing at a London casino. The images were beamed to a man holed up in van parked outside, who would freeze each frame to identify the cards on the table. Then, using a radio link, he relayed the details to his accomplices, who were wearing tiny earpieces.

The gang were eventually arrested at the Mint casino in Kensington and later jailed.

Some attempts to cheat the bank are a little more mundane. In 2009, two men named Mehmet Mersin and Suleyman Arik wore various wigs and false moustaches to visit casinos in London. They relied on a friend watching their poker games to spill his drink or strike up idle chat to divert the attention of the croupier. In that split second, the two men would swap cards between them to produce a stronger hand. Seven times they executed the deft manoeuvre, banking more than £5,000. 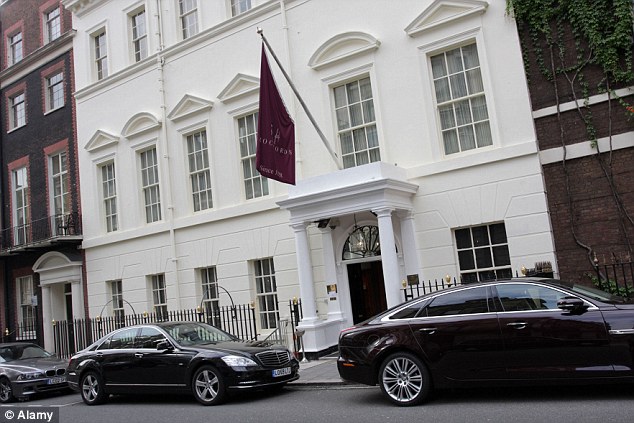 Mystery: At first, the casino (pictured) had said it would pay Mr Ivey’s winnings. What eventually stopped it from handing over the money remains unclear

While it was difficult to spot with the naked eye, the slow-motion playback from the CCTV recordings at the Empire Casino in London’s West End made compelling viewing for security staff. Both men were jailed.

Inevitably, casinos have invested millions of pounds on a variety of surveillance techniques to catch cheats.

Every roulette and card table has a sensitive microphone recording conversations, while a series of so-called ‘pan-tilt-zoom’ cameras record in high definition every twitch of players, audience and croupiers alike.

To prevent cards from being marked, new packs are opened at the start of each business day, and shredded at the end.

In a game like Punto Banco, casino inspectors like the one watching Phil Ivey in his private gaming room at Crockfords look out for patterns of low bets followed by a flurry of high bets, suggesting that the punter is somehow in the know about what cards are due to come up. In this game, too, a brilliant mathematical mind can attempt mentally to record what has already been dealt, and place bets based on those odds of the card they need turning up.

Criminal gangs may try to secure the services of someone on the inside. A year ago, for example, three Italians were charged with fraud after apparently wearing special contact lenses to read invisible ink on cards marked by a French croupier. In one Cannes casino, the men made more than £50,000 after using the specially treated lenses to see the marks (a cross for a king and a line for an ace). They all denied the accusations.

With such sophisticated attempts to break the rules, it is little wonder that casinos harbour a natural suspicion of those who win substantial sums at their tables. And for the same reason, disputes over unpaid winnings do happen, though very rarely.

As yet, of course, there is no suggestion that Phil Ivey is guilty of anything other than a lucky streak. But if that is the case, why on earth is he still waiting to see the colour of Crockfords’ money?