A California family’s house nearly burned down on Thursday when police stormed the wrong address and ordered the residents out at gunpoint, leaving food cooking on the stove.

San Diego Sheriff’s Department deputies surrounded Willie and Christine Houston’s Spring Valley house around 9pm after receiving a tip that a man who robbed a medical marijuana delivery provider had run inside holding a gun.

Despite informing police they weren’t involved in the robbery and pleading with them to turn off the kitchen stove, Mr Houston was arrested and the rest of the family was forced to leave the house, according to 10news. 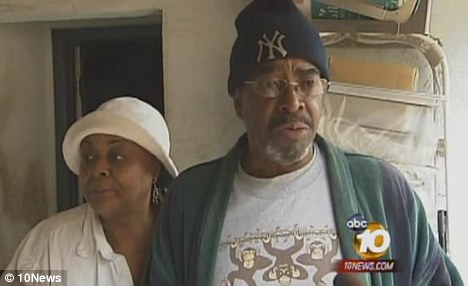 Police also handcuffed Mr Houston’s son-in-law who arrived home at around the same time, but he was later let go.

‘They handcuffed me and I said, ‘What am I getting handcuffed for?’,’ Mr Houston said.

‘They said there has been a robbery, I said there hasn’t been no robbery I’m cooking dinner for my wife and if that’s a crime then take me to jail.’ 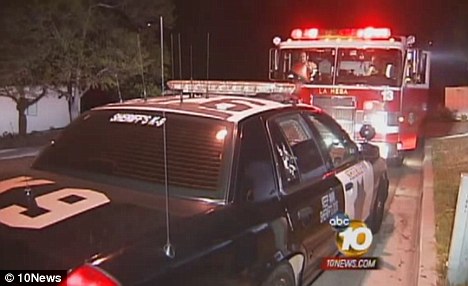 Emergency: Fire crews arrived and put out the fire, which destroyed the Houston family’s kitchen

Within minutes, a fire broke out in the kitchen, trapping two women and a seven-year-old girl on the second floor.

‘I said, “Wait a minute, there’s food on the stove, my grandbaby is upstairs, Cherie is upstairs,” and then all of sudden all hell breaks loose,’ Ms Houston said.

‘All the smoke started coming out of the house.’

Police used a skateboard and a fire axe to break the windows to get the people out as black smoke billowed through the second floor window.

Everyone was evacuated by the time the fire crews arrived. 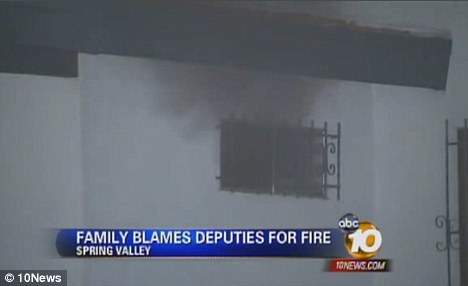 Smoke: Black smoke billows out of the second floor window after the Houston family’s dinner causes a fire 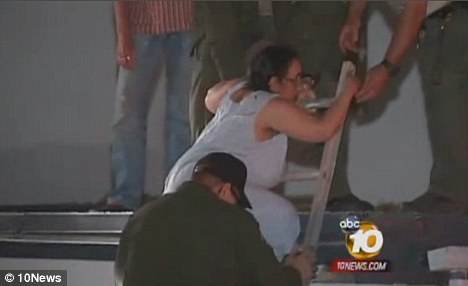 Evacuate: Two women and a child had to be evacuated from the second floor

The Houstons’ kitchen was destroyed but the rest of the house was not damaged.

The family is outraged the potentially deadly mistake was allowed to happen.

‘I think it could be handled better than what it was, especially when we [were] informing them there was no reason for our kitchen to catch on fire; we could’ve lost everything last night,’ said Mr Houston.

‘This certainly going to be part of all the investigation that’s going to go on post-incident; what happened, when it happened, reviewing all the reports that have been taken in combination with the fire department and the bomb-arson report,’ she said.

Female South African leader not believed to be "black enough"