A woman was found dead in her home two days after she made a distressed 911 call saying she was being attacked by her husband.

The body of Deanna Patrick, 32, was discovered in her bathtub on Sunday evening, two days after she called police from her cell phone.

Husband Delvecchio Patrick, 35, has been charged with murder, according to the Dallas Police Department. 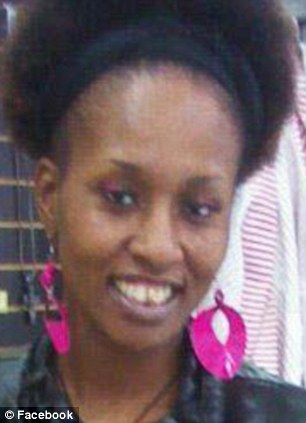 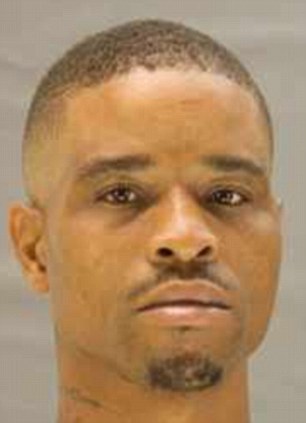 Cry for help: The body of Deanna Patrick, 32, was discovered in her bathtub on Sunday, two days after she called police. Husband Delvecchio Patrick, 35 (right) has been charged with murder

Authorities said they were reviewing the call that Mrs Patrick made to police from her Texas home shortly before 11pm.

According to dallasnews.com, she can be heard screaming: ‘Delvecchio, why are you doing this?’

Later she said: ‘Red, please stop, I didn’t do anything to you.’ The name Red is reportedly her husband’s nickname.

A statement on Dallas PD’s Facebook page said the circumstances of the woman’s death were under investigation.

The 911 responder did not originally know the woman’s address because the call was made from a cell phone -when it was finally worked out, officers were sent to the address in the 9300 block of Crimson Court.

Crime scene: Mrs Patrick, 32, called police for help on Friday but officers left after no one answered when they knocked at the door of her Dallas home

The whole process took nine minutes, according to authorities. A police officer was sent to the address and knocked the door but no one answered. Mrs Patrick’s phone was rung but it went straight to the answerphone.

Officers checked around the property and asked neighbors if they had heard anything suspicious. After a short time they left.

Mrs Patrick’s body was discovered two days later after family members became concerned for her well-being and went to check on her.

Police were investigating whether Mrs Patrick’s call for help was responded to properly and thoroughly.  Delvecchio allegedly has a history of domestic violence.