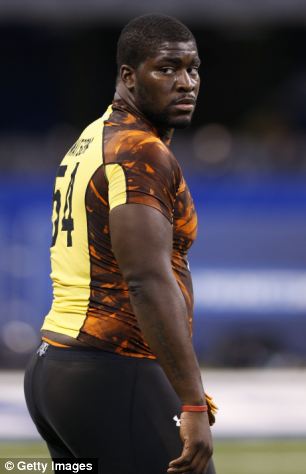 Everyone knows it takes more than talent alone to become a successful athlete.
The professionals who make it to the top of their game and go down in the history books spend countless hours in repetitive training sessions and pound pavements with obsessive determination.
But a Manchester-born 24-year-old has bucked the trend with his speedy rise to the top of American Football.

After just two years after taking up American football and with only 20 games under his belt, he has been selected to be Oakland Raiders’ offensive tackle.

Watson is now one of the highest-rated young players in America – worlds away from his impoverished upbringing on the tough streets of Longsight, Manchester.
Watson told BBC Sport that he remembers being so hungry as a child that, when accompanying his mum on a cleaning job, he helped himself to ketchup in the canteen.
The self-confessed ‘mummy’s boy’ said he will be sending the first paycheck from his million dollar contract, to his mother Novlyn in Manchester.
‘I owe it to her, more than anybody else in the world, to do something positive and see her smile. That’s my motivation,’ he told BBC Sport.
Watson said his mother raised four boys and two girls single-handed and said that although times were tough, she always showed him love and support.

‘My mum had to raise us by herself; she had no opportunities and no options and there was not much she could do,’ he said.
‘I’ve always been close to my mum,’ he said. ‘She had four boys, was by herself and many times could have walked out and left us.
‘She struggled, even when my brothers were getting into trouble, my mum always showed us love.’
Watson put his impoverished past behind him by starting his lucrative ascent to American football stardom aged 17. 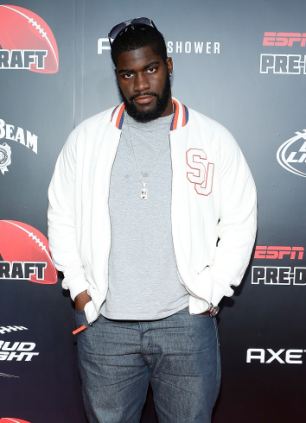 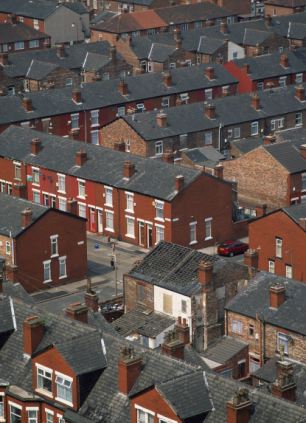 Menelik Watson (left) grew up in Longsight, Manchester, where his single mother struggled to make ends meet. Watson’s sporting abilities took him away from England where his brother is serving a prison sentence 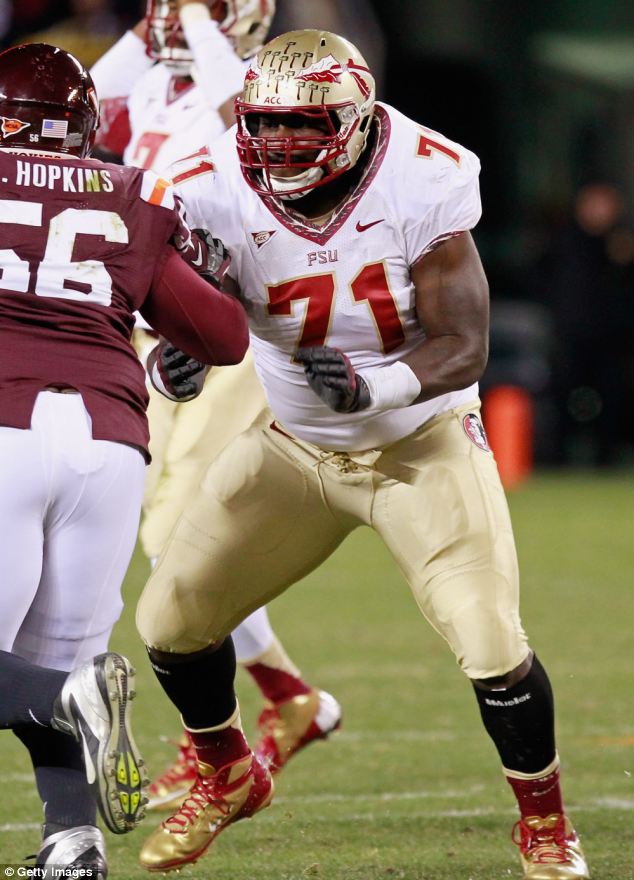 The 24-year-old will be the least experienced man on his team. He started playing American Football in 2011 after training to be a professional basketball player 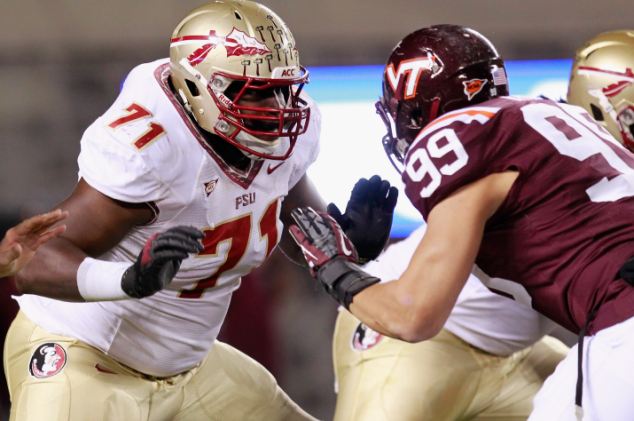 It was rough,’ he said. ‘I think that side of England does not get publicised; everyone thinks it is all roses and it’s not. If it was not for basketball, I would not have even visited other parts of England.
He was scouted during a basketball game in Manchester in 2006 and moved to the Canary Islands to train.
He was given a basketball scholarship in the U.S. but it was not until he tried American football in 2011 that his career took off.
Watson says it took being rejected by professional basketball scouts to find his calling in American Football.

At 6ft 5in and 22st, he was considered too small to become a professional basketball forward, but impressed American Football coaches with his speed and power.

Florida State coach Rick Trickett said that in his 41 years of coaching, Menelik is the most explosive man that he has coached. 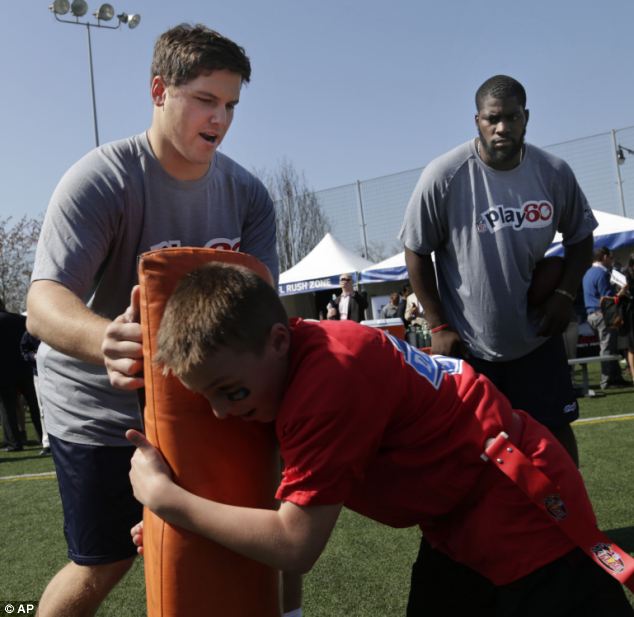 Watson (right) left a life of poverty in Manchester behind when he moved to Canary Islands in 2006
Waston’s rise to success was threatened by an ankle injury that almost put a stop to his career.
He said he wouldn’t let his fractured and dislocated ankle get in the way of his dreams for a better life.
‘They [doctors] were telling me I shouldn’t play sport again.‘
‘It was pretty gruesome. I was about 12, 13 years old; can you imagine seeing your bone poking out of your skin?
‘They told me they almost amputated it because they thought there would be too many complications if they did put it back together.
‘I was just happy to have my leg back,’ he said.

Watson said he can now ensure his four-year-old daughter – named Orellana after his basketball coach Rob Orellana – will have better opportunities in life.
He said: ‘It’s brilliant that she will not have to go through the things I did.
‘It has been rough; there were times her mum would call me and they’d be having two meals for dinner two nights in a row and that hurt me as a man.
‘I am happy those times are over and she will not have to go through that again. For me, it’s not about the money. You don’t have to have money to be a good father; it was just about being a man.’

Thomas-Alexandre Dumas: Hero of the French Revolution and General in Napoleon's army