A pregnant woman who was killed in a car crash on Thursday night has died, but doctors were able to save her baby who is currently in critical condition in hospital.

Karlisha Randolph, 25, from Phoenix, Arizona, who was nine-months pregnant, was in the car with her two sons and mother when another car crashed into them, causing the vehicle to roll.

The Volvo plowed into a wall, according to KGW.com. 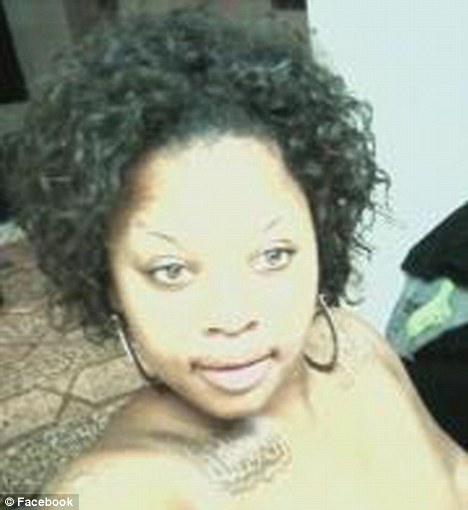 Rescue: Karlisha Randolph, 24, was trapped in her vehicle and had to be cut free, she died in hospital but her full-term baby was saved 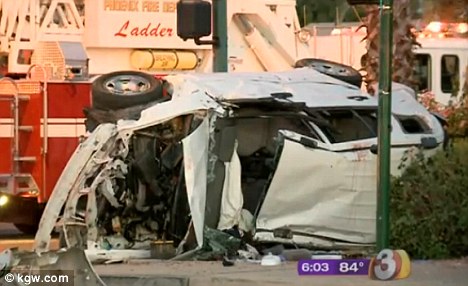 Wreck: Miss Randolph was in the car with her mother and two sons when a Volvo slammed into it, causing it to roll 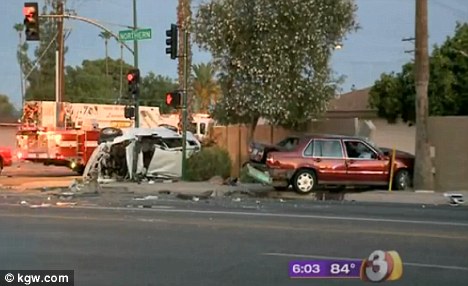 Crash scene: The driver of the Red Volvo ran a red light and crashed into the SUV before plowing into a wall

She was trapped in her SUV for some time before rescue crews were able to cut her free.

She and four other people were taken to hospital.

Police said the 21-year-old driver of a red Volvo sedan almost crashed into a city bus moments before and then ran a red light, causing him to slam into Miss Randolph’s vehicle.

No one on board the bus was hurt.

Miss Randolph’s sons aged two and seven and her mother, 43, were also in the car when the Volvo crashed into them. 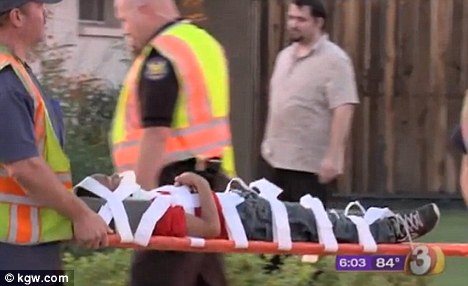 Victims: In total, five people were taken to hospital where four are being treated for non-life threatening injuries 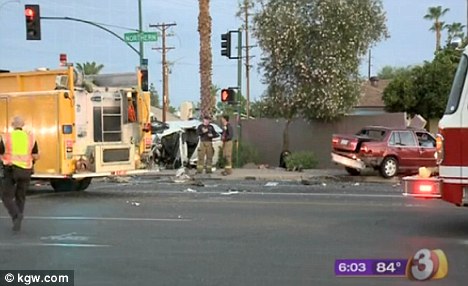 They were treated for non-life threatening injuries in hospital.

The driver of the Volvo is believed to have been impaired and will face charges once he is released from hospital.

Sgt Tommy Thompson of the Phoenix Police Department revealed that another car crashed into traffic barriers and two vehicles as they were investigating the scene.

A 45-year-old man was behind the wheel of the 1995 Cadillac. He was injured and taken to a local hospital and will face charges when he is released.