A pro-gun group has used a firearm buyback programme to sell ‘non-firing junk’ to raise money for a youth shooting camp.

The Guns Save Life group, based in Champaign, Illinois, scooped $6,240 from the Chicago Police Department after handing in around 60 guns.

During the one-day ‘Don’t kill a dream, save a life’ programme’, the department paid $100 for every gun and $10 for every BB, air or replica gun handed in, with no questions asked. 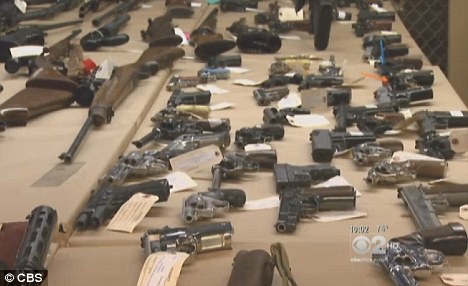 Controversial: The Guns Save Life group scooped $6,240 from the Chicago Police Department after handing in around 60 guns among a 5,500-strong haul

The money was put on a pre-paid Visa debit card.

But Guns Save Life chose to use the programme for their own ends. 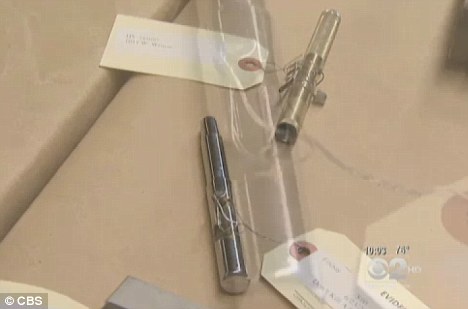 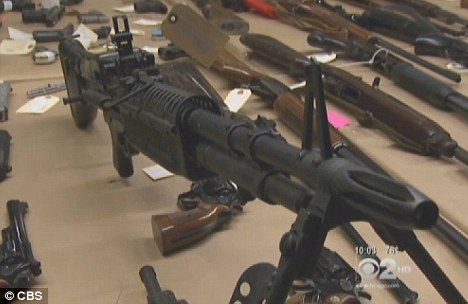 Shocking: Among the haul handed in from others was an M-60 machine gun used in the Vietnam war

John Boch, head of Guns Save Life, told the Chicago Sun-Times: ‘We are redirecting funds from people who would work against the private ownership of firearms to help introduce the next generation to shooting safely and responsibly.’

He added the money raised from the police programme will be used to buy ammunition for the annual NRA Youth Shooting Camp held each summer in Bloomington.

Todd Vandermyde, the National Rifle Association’s chief lobbyist in Illinois, told the paper he had heard of gun shop owners who have used the programme to sell old stock for profit. 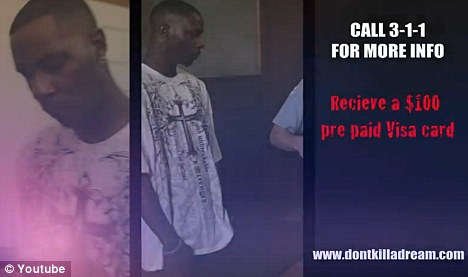 Call for arms: The ‘Don’t kill a dream, save a life’ programme offered up to $100 for every gun handed in, no questions asked

Police spokeswoman Melissa Stratton told the Sun-Times: ‘We host the gun turn-in event on an annual basis to encourage residents to turn in their guns so we can take guns off the street and it’s unfortunate that this group is abusing a programme intended to increase the safety of our communities.’