An adviser to Puerto Rico’s most powerful female lawmaker has sparked outrage after sending President Obama a tweet urging him to buy his wife a double-banana sundae and take her to Kenya.

Heidi Wys, adviser to House of Representatives President Jenniffer Gonzalez, now faces calls to resign over her tweet – the latest in a string of anti-Obama and racist messages on her account.

She sent the message to the president last week after he tweeted that Michelle Obama’s birthday was coming up.

‘Who cares?’ Wys wrote in a tweet back to him. ‘Take her to Burger King, buy her a sundae with double banana, take her to your homeland, Kenya!’ 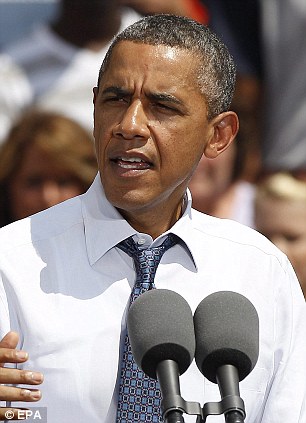 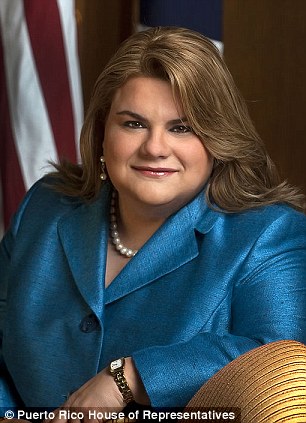 Wys is a member of Puerto Rico’s New Progressive Party, which supports statehood, but does not identify herself as a Democrat or Republican.

It is not the first time she has sent aggressive messages to or about Obama. On June 18, she sent him a tweet in response to a general dinner invitation.

‘Wah! Wah! I feel like vomiting!’ she wrote. ‘Dinner with a guy borned in Kenya and claims he was borned in Hawaii!’

And on July 30, Wys urged reporters at a Puerto Rico online newspaper to follow an investigation to probe the authenticity of Obama’s birth certificate. 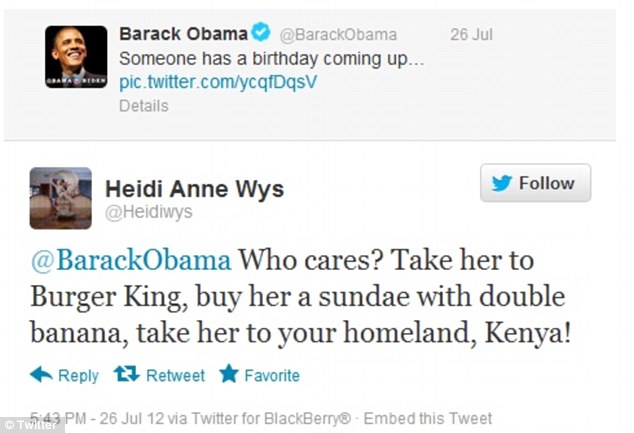 Hateful: Heidi Wys sent the tweet last week after the president tweeted about his wife’s birthday 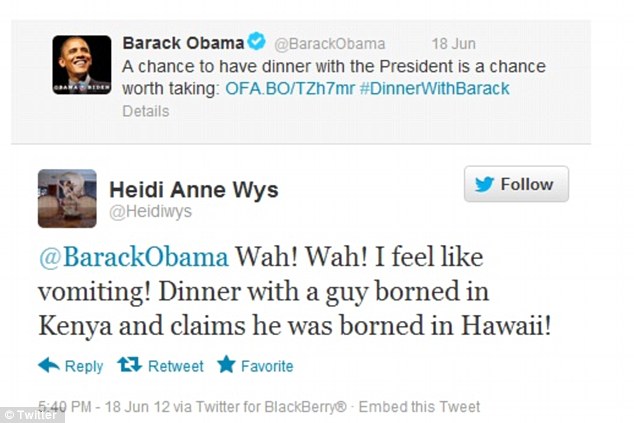 Cruel: Another tweet from Wys earlier this year – although she has since claimed she is not racist

‘I fight Obama with all the strength in my heart and passion as a descendant of germans!!’ she wrote.

Wys, who is white, assured followers in another tweet, written in Spanish, that she is not racist.

‘Journalists who want to make an “issue” out of my comment about Obama. I am not racist,’ she said. ‘My favorite nieces are dark-skinned! I’m Anti-Obama. I’m against him.’

In her role as Gonzalez’s main adviser and administrative consultant, Wys has earned $630,000 since 2008, according to Comptroller’s Office records.

But in light of her recent outbursts, legislators have demanded she steps down.

‘How is it that Puerto Rico “does it better” if the government pays an employee who is discriminating against the president of the United States?’ said Senator Juan Eugenio Hernandez, in reference to Puerto Rico’s tourism slogan. 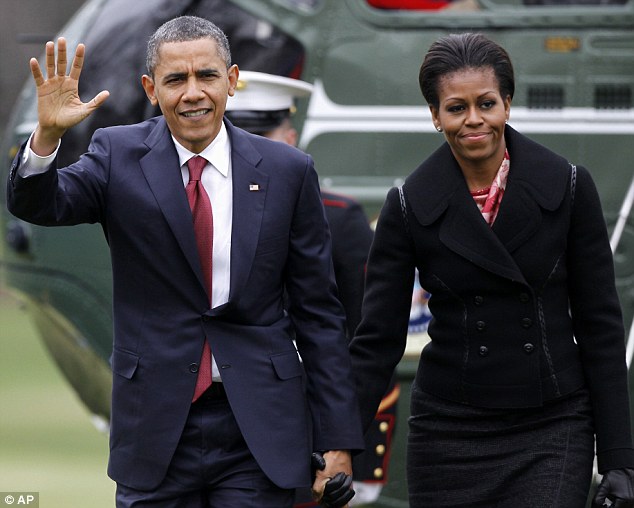 Targeted: The latest offensive tweet was in reference to celebrations for Michelle Obama’s birthday

‘It is a racist comment from a person who must have great hatred within. This is placing the name of Puerto Ricans across the world in a very precarious situation.’

Puerto Ricans do not take part in the general presidential elections but they can vote in the primaries. They have a representative in the House but no representation in the Senate.

‘Heidi Wys’ comments against the President are vile and disgusting, and represent the height of ignorance’

Gonzalez’s spokeswoman, Marieli Padro, declined to say whether Wys would keep her position.

But Gonzalez distanced herself from the adviser in a statement, saying it is impossible for her to monitor the social media accounts of all those who work with her.

‘The expressions disseminated are not acceptable, do not represent my sentiments and are the exclusive responsibility of those who wrote them,’ Gonzalez said.

New York Representative Melissa Mark Viverito was also outraged, saying: ‘Heidi Wys’ comments against the President are vile and disgusting, and represent the height of ignorance.’

Rafael Cox Alomar, who is seeking to become the island’s next resident commissioner, said he has written to Obama about the tweets. 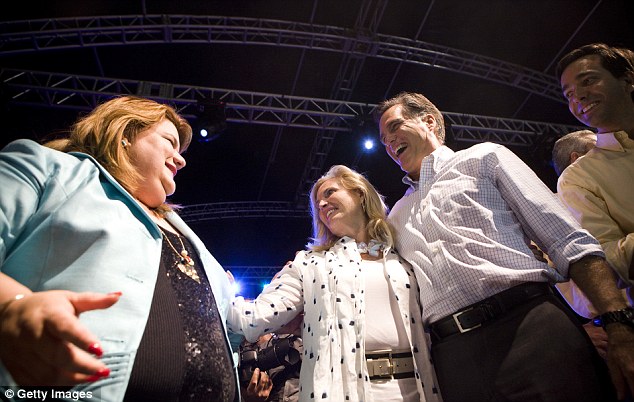 Demand: Legislators have called for Wys to be fired by Gonzalez, pictured left with Mitt and Ann Romney. The lawmaker has distanced herself from the tweets but did not say if Wys would keep her job

‘Her conduct is unacceptable,’ Cox said. ‘No one should underestimate the grave affront that a racial attack represents, using political differences as an excuse.’

She tweeted a picture of Rafael Cox-Alomar, a Democratic candidate for Puerto Rico’s Resident Commissioner of Puerto Rico who is black, alongside the name of a deceased chimp.

They also come a year after Obama, 50, released his long form birth certificate to silence the ‘birther’ row and prove he was born in Hawaii and not Kenya, making him eligible to be the president.