By CAMPBELL ROBERTSON
Published: January 7, 2013
JACKSON, Miss. — For a long time, if a body turned up in Mississippi it had a four-in-five chance of ending up in front of Dr. Steven T. Hayne.
Between the late 1980s and the late 2000s, Dr. Hayne had the field of forensic pathology in Mississippi almost to himself, performing thousands of autopsies and delivering his findings around the state as an expert witness in civil and criminal cases. For most of that time, Dr. Hayne performed about 1,700 autopsies annually, more than four for every day of the year and nearly seven times the maximum caseload recommended by the National Association of Medical Examiners.
During the past several months, in courthouses around Mississippi, four new petitions have been quietly submitted on behalf of people in prison arguing that they were wrongfully convicted on the basis of Dr. Hayne’s testimony. Around 10 more are expected in the coming weeks, including three by inmates on death row. 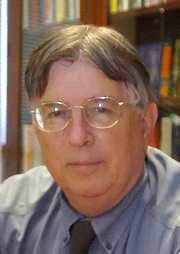