By DONNA MCCONNELL
PUBLISHED: 12:05 EST, 10 January 2013 | UPDATED: 13:40 EST, 10 January 2013
She should really be at home playing with her toy collection but instead 9-year-old Quvenzhané Wallis has just made history.
The Louisiana-born Wallis schoolgirl, who had no previous acting experience, has been announced as the youngest ever Oscar nominee for Best Actress in a Leading Role, in critically acclaimed film Beasts of The Southern Wild. 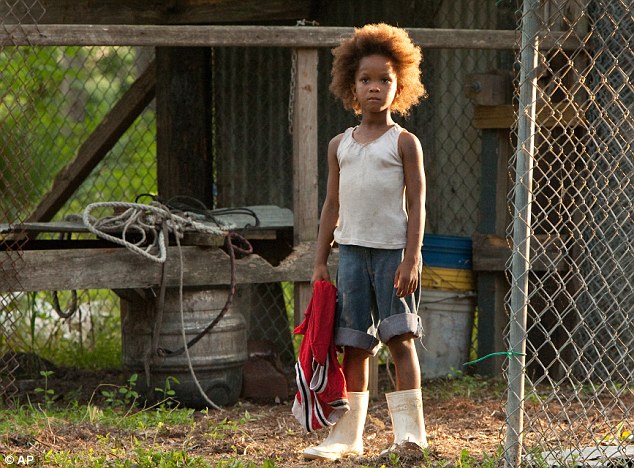 Record breaker: Quvenzhané Wallis has been announced as the youngest ever Oscar nominee for Best Actress in a Leading Role for her role in Beasts Of The Southern Wild 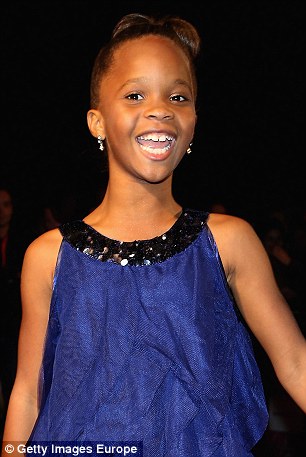 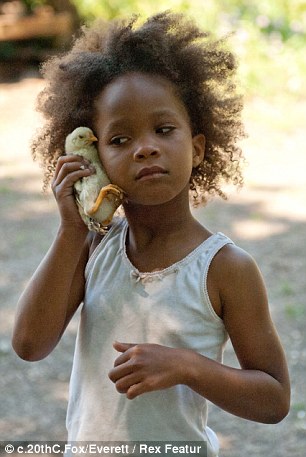 From schoolgirl to Oscar nominee: Quvenzhané has received critical acclaim for her portrayal of Hushpuppy

The record was previously held by Keisha Castle-Hughes, who was 13 when she was nominated for Whale Rider (2003).
Before Wallis, the only two people younger than her to receive an acting Oscar nomination were Jackie Cooper, who was also nine – but a few days younger than Wallis is – when he became a best actor nominee for Skippy (1931), and Justin Henry, who was eight when he became a best supporting actor nominee for Kramer vs. Kramer (1979).
Tatum O’Neal (1973’s Paper Moon), Mary Badham (1962’s To Kill a Mockingbird), Quinn Cummings (1977’s The Goodbye Girl) and Abigail Breslin (2006’s Little Miss Sunshine) were all ten when they were nominated for best supporting actress.
Wallis, was just five when she auditioned for the role of Hushpuppy in the critically acclaimed Beasts of the Southern Wild. 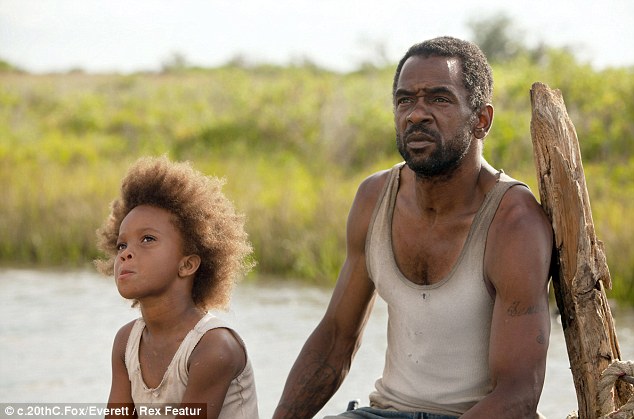 Acting newbie: Wallis stars as Hushpuppy, a young girl who lives with her father (Dwight Henry) in a fantastical bayou community

And now she has received major recognition for her portrayal of the character in the film which combines fantasy and reality in telling the story of a young girl who lives with her father in a fantastical bayou community.
Beasts was directed by Benh Zeitlin, and shot on location in New Orleans with a crew that included Zeitlin’s friends and his sister.
Quvenzhané beat former record-holder, Kiwi actress Keisha Castle-Hughes who was nominated for Whale Rider at age 13.
Since her breakout role in ‘Beasts’, Wallis has now been cast in British director Steve McQueen’s upcoming movie Twelve Years a Slave which also stars Paul Giamatti, Brad Pitt, and Michael Fassbender. 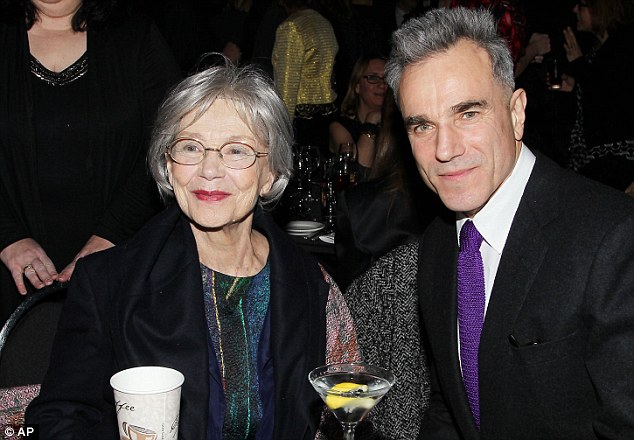 Enjoying the moment: French actress Emmanuelle Riva, 85, from film Amour, is the oldest actress to be nominated in the category, seen with actor Daniel Day Lewis

She is up for the Best Actress honour in a category which features Hollywood heavy-hitters Jessica Chastain for Zero Dark Thirty, Jennifer Lawrence for Silver Linings Playbook, Naomi Watts for The Impossible, and Emmanuelle Riva for Amour.
At age 85, Riva is the opposite end of the age scale, as she is the oldest nominee for Best Actress.
On February 24th, the night of the awards she could be celebrating both her 86th birthday and a potential Oscar win. 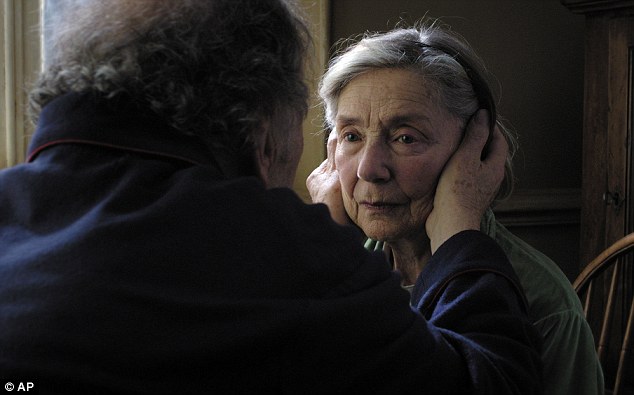 Poignant: Riva plays half of an an elderly couple, Anne and Georges, who are retired music teachers with a daughter who lives abroad

Amour is a 2012 French-language drama film written and directed by Michael Haneke, starring Jean-Louis Trintignant, and Isabelle Huppert. Riva plays half of an an elderly couple, Anne and Georges, who are retired music teachers with a daughter who lives abroad.
Anne suffers a stroke which paralyses her on one side of her body.
Riva is the oldest best actress Oscar nominee in history, breaking Jessica Tandy’s record for Driving Miss Daisy (1989), who was 80 at the time.
Titantic actress Gloria Stuart was 87 when she was nominated for Best Actress in a supporting role in 1997 for Titanic, making her the oldest acting nominee ever.
Read more: http://www.dailymail.co.uk/tvshowbiz/article-2260275/Oscar-nominations-2013-Quvenzhan-Wallis-aged-9-youngest-Best-Actress-nominee-history-Awards.html#ixzz2Hh4eMeN9