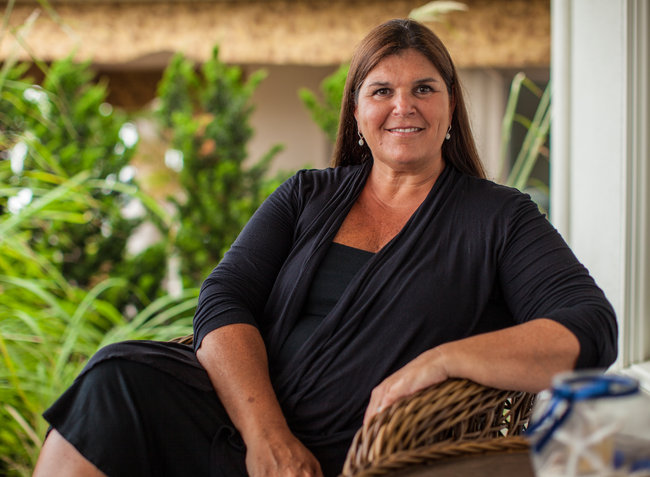 Gina Grillo, the president and chief executive of the Ad Club of New York.

FOR many in the advertising business, the results of the 2010 census were a tipping point in terms of highlighting the growing importance of minority consumers. It showed that there were more than 50 million Latinos in the United States, nearly 40 million African-Americans and almost 15 million Asians. Nine million people identified themselves as belonging to more than one race.

But many advertising agencies and media companies still lack diversity within their own ranks, especially at the higher rungs of the corporate ladder. While the industry has made some efforts to recruit minority employees for more entry-level positions, it has struggled to retain that talent at the executive level.

To help remedy the problem of recruitment and retention, the Advertising Club of New York is undertaking an initiative that supports diversity in the advertising industry. It will be called “I’mpart” — the last four letters standing for the goal to promote, attract, retain and train diverse candidates.

The initiative is being paid for by a $700,000 investment by the Advertising Club, raised by selling advertising space in print and online that was donated by a variety of publishers. Print magazines that participated included Fast Company, Essence, The Atlantic, Family Circle, Popular Mechanics, Time, Travel and Leisure and Siempre Mujer; digital donations came from CNNMoney, AOL, Daily Candy, Forbes and WhitePages.

“It’s about talking to everybody in the business and raising the issue of diversity in our business,” said Gina Grillo, the president and chief executive of the Advertising Club of New York. Diversity, Ms. Grillo said, is “good for business and it’s good for the way we operate in our companies.”

The percentage of minorities working in the advertising and marketing industries is notably low. According to a report issued in August 2011 by the Labor Department’s Bureau of Labor Statistics, of the 78,000 Americans working as advertising and promotion managers, 9.6 percent were Hispanic, 2.3 percent were Asian and fewer than 1 percent were African-American.

In 2006, after an investigation by the New York City Human Rights Commission, some of the city’s largest advertising agencies and holding companies agreed to increase the number of black employees in creative and managerial roles. The agencies, which included holding companies like WPP and the Interpublic Group of Companies, also agreed to set up diversity boards and recruitment and internship programs with universities.

In 2009, ad agencies again were criticized for a lack of diversity when Cyrus Mehri, a lawyer who focuses on discrimination suits against large companies, and the National Association for the Advancement of Colored People released a report on race and employment in advertising.

The report found that blacks represented 5.3 percent of managers and professionals at agencies in 2008 and were paid 80 cents for each dollar earned by white employees. In an interview, Mr. Mehri described the industry as a place where “favoritism rules and merit is cast aside.”

The lack of diversity was on display at Advertising Week last fall at a panel bluntly titled: “Where Are All the Black People?” Participants were encouraged to connect with industry contacts for jobs and internships.

The money generated for I’mpart will go to a variety of programs that promote diversity. The funds represent the largest investment in diversity the Advertising Club of New York has made.

Some of the programs that will receive funds include the High School for Innovation in Advertising and Media in Brooklyn, which graduated its first class this June. Michael I. Roth, the chairman and chief executive of the Interpublic Group, delivered the commencement speech.

Other programs include The Center for Excellence in Advertising at Howard University, a historically black university; Adcolor University, a program for training entry and midlevel minority professionals; the Torch program for training high school students, and the Hyper Island Master Class training sessions, which help executives navigate the challenges of changing technologies and business practices.

Heide Gardner, the director, senior vice president and chief diversity and inclusion officer at the Interpublic Group and a member of the Advertising Club board, said that the advertising industry was doing “a reasonably good job of getting talent into the pipeline,” but that it’s at the “senior levels where we lose our footing.”

Man freed after 17-years in jail for murder