By SARA MALM
PUBLISHED: 04:34 EST, 28 January 2013 | UPDATED: 10:31 EST, 28 January 2013
With racist and sexist graffiti scrawled all over the walls, you would find it hard to believe that this is a construction site at Ground Zero.
One World Trade Center, built on the spot where 2,800 people died in the 9/11 attacks, is rife with ethnic slurs referring to African Americans, Irish and Jewish people written in black marker pen.
The writings on the toilet walls throughout the 104-story tower is believed to be the effort of builders working to finish construction this year. 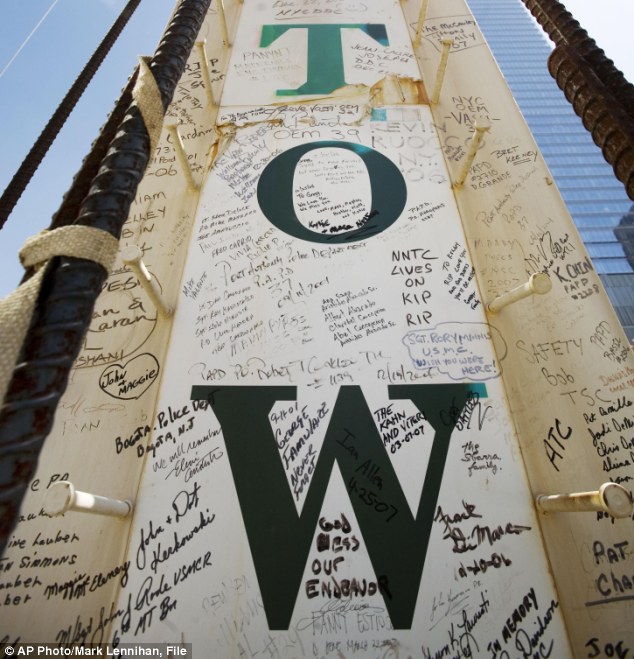 In honour: A photograph showing non-offensive graffiti and personal messages left by construction workers and visitors at the site of One World Trade Center, much unlike what can be found inside the tower

Many of the anonymous messages use the N-word and women are frequently targeted on the provisional plywood bathrooms located on every fifth floor of the 1,776ft tower.
‘Lame n**** be queit (sic),’ reads one racist and misspelled remark recorded by the New York Daily News.

‘Woman (sic) don’t belong in construction! Maybe painting, that’s it,’  directed at female construction workers on the site, was replied to with: ‘Then who’s gonna **** us?’

Not only African Americans and women are subjected to the offensive comments, with one worker demanding Irish people to ‘take a bath ya smelly f****’.
One urinal welcomes builders with ‘None whites only’ written in capitals, whilst another urinal is marked with the contrary ‘Whites Only’. 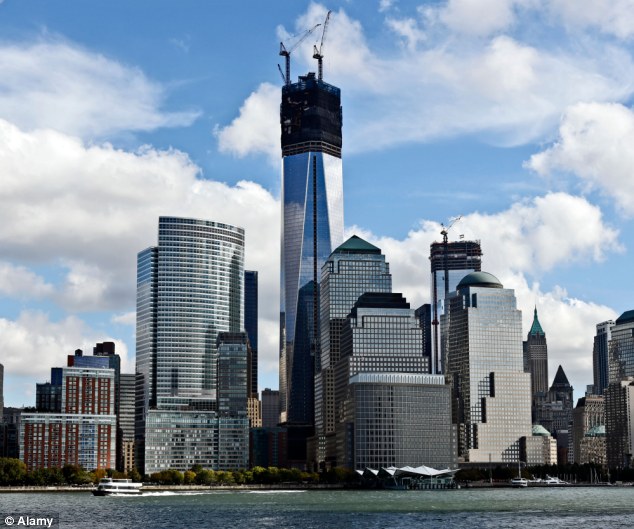 Disgrace: The offensive remarks were left on the walls of provisional toilets inside One World Trade Center, most written with black marker and believed to be the work of the builders on the site

‘Most of it’s racial,’ an insider told NYDaily.
‘Most of it – I mean, there’s a lot of stuff with the N-word. But pretty much every race is covered: Spanish people, Irish people, Jewish people, women.’
The N-word, he added, ‘is written all over the place, to be honest with you. That’s a big deal. It’s there.’
The inside source told the paper that although some of the writings on the wall are positive remarks, ’99 per cent’ of the graffiti is insulting and vulgar.
‘We’re all supposed to be there as one, the whole 9/11 thing’ another worker told the newspaper.

He said the graffiti ruins his sense of pride of working on the 1WTC, commonly known as Freedom Tower, saying it should not be on its walls. 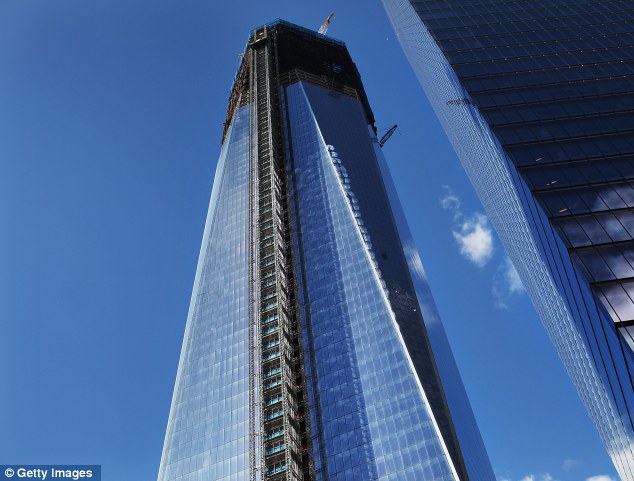 Shocking scribbles: The walls inside 1WTC are rife with sexist remarks and racist slurs including attacks on African American, Irish and Jewish people

One World Trade Center is at the heart of the complex to be built on the site of the two towers destroyed in the 9/11 terrorist attacks on Lower Manhattan, New York.
The $3.8 billion construction is part of the effort to memorize and rebuild the World Trade Center, a promise made by then-president George W. Bush shortly after the Al-Qaeda-led attack in 2001.

With its antenna reaching the symbolic height of 1,776ft to commemorate the signing of the U.S. Declaration of Independence, 1WTC will become the tallest building in North America upon its completion.
The building itself, minus the antenna, will stand 1,368 feet tall, the height of the original World Trade Center north tower where 1,526 people died, not including the 479 rescue workers who perished trying to save them.
When President Obama visited the site in June last year he too scrawled on the construction, writing the inspiring and appropriate ‘We remember. We rebuild. We come back stronger!’ on a steel beam.
Read more: http://www.dailymail.co.uk/news/article-2269433/The-shocking-sexist-hate-filled-graffiti-walls-World-Trade-Center.html#ixzz2JIbE1vnR
Follow us: @MailOnline on Twitter | DailyMail on Facebook