Back in the Seventies, someone at McDonald’s HQ clearly thought this advertisement would appeal to ‘groovy’ African-Americans who wanted to ‘get down with good food’.

But the copywriter – possibly white and with a jive-talking fixation – didn’t quite hit the mark with the newly coined term dinnertimin’, or anytimin’, neither of which caught on.

Showing a smiling black family gathered around a table at the fast food chain, the ad also proclaims: ‘You don’t have to get dressed up… there’s no tipping.’

When the poster re-surfaced on web forum Buzzfeed recently, it sparked a debate over the possible racist undertones of the 1976 campaign. 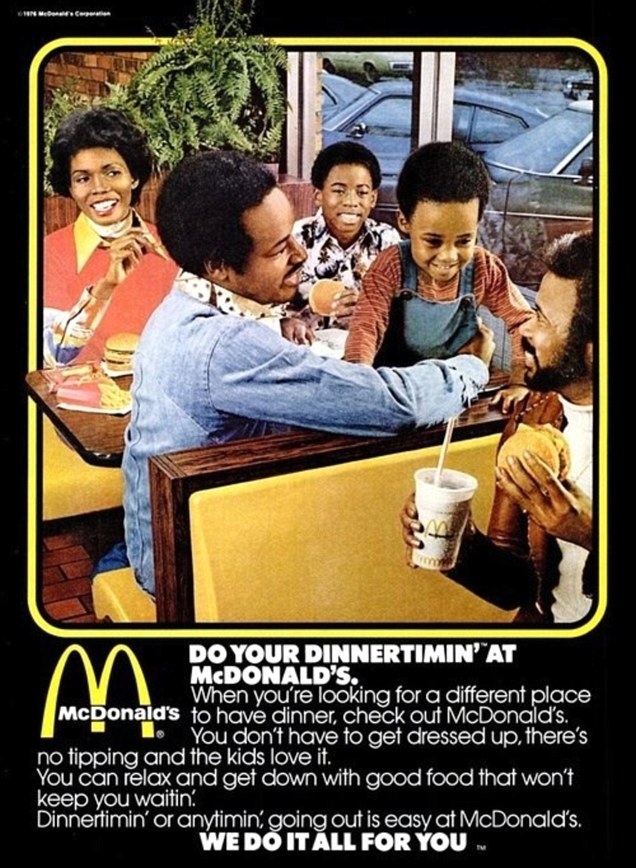 When this McDonald’s ad from 1976 recently re-surfaced on a web forum, it sparked a debate over the possible racist undertones of the fast-food campaign

Inherent in the message is the idea that black Americans of the time were less likely to eat out at a smart restaurant – and it also plays on a working-class stereotype that could equally apply to caucasians.

Among the comments appearing on debate forums, from Twitter to Fark, was this from Mister Pike: ‘McDonald’s thought talkin’ down to African Americans would score them points. Hell, Obama does it all the time.’

However, jdb2 said: ‘How is this racist against blacks? I’m not black and I hate dressing up and tipping!’

And aleica f commented: ‘If this ad were run today, it would totally speak to urban hipsters.’

To this day, ads for the Golden Arches continue to set tongues wagging, as well as salivating. 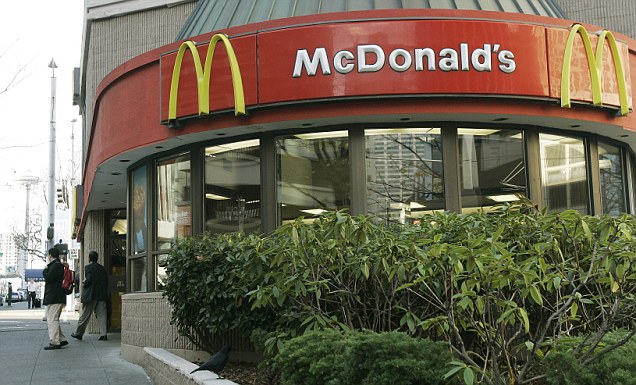 To this day, ads for the Golden Arches continue to set tongues wagging as well as salivating

Last December, a campaign which was meant to show giant fries reaching up into the sky bore an uncanny resemblance to one of America’s most cherished memorials.

Commentators said it looked like Tribute in Light, the poignant annual event in memory of 9/11.

McDonald’s version however was part of the fast food giant’s new marketing campaign ‘Best Fries on the Planet’.

This February, the fast food chain apologised after an advert that annoyed dog owners came back to bite it.

The ad said eating a Chicken McBite was less risky than petting a stray pit bull, shaving your head, naming your son Sue or giving friends your Facebook password.

It enraged pit bull owners and their supporters.

The radio ad for Chicken McBites only ran for a few days in the Kansas City area before the complaints started.