A Philadelphia man mercilessly taunted a barely conscious woman he had raped, telling her that he had just infected her with HIV, according to the family of the female victim.

Philadelphia police are now searching for a suspect they say jumped the victim from behind, pushed her into an alley, beat her unconscious and then repeatedly raped her, in northeast Philly shortly after midnight on August 29. 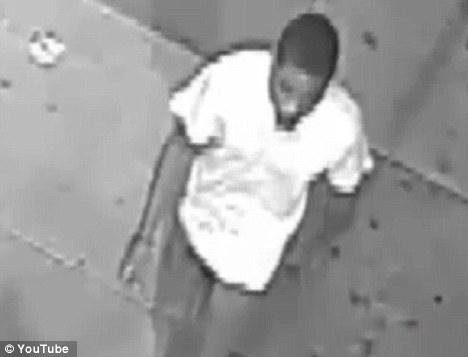 Suspect: Police are searching for this man in connection with the brutal sexual assault

The victim was beaten and was barely conscious when she was raped repeatedly over what could have been a period of several hours, police say.

Hours after the vicious attack, that occurred near Griscom & Church Street in Philadelphia, a neighbor saw the woman, bloodied and stumbling down the road.

She was hospitalized for several days and was tested for HIV but the results have not been released.

The victim’s sister told the local news station that the assailant told her sister that he had infected her with HIV. 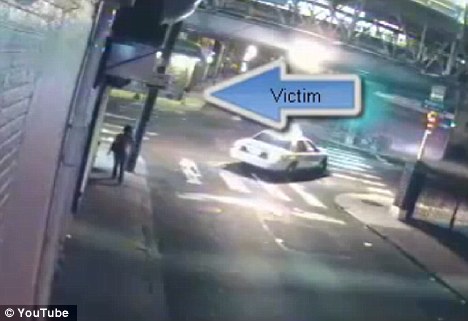 Victim: Footage shows the young woman walking down the street, shortly after midnight on August 29 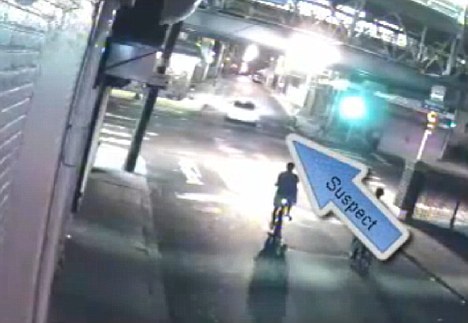 Attack: Grainy surveillance video shows the barely visible suspect crossing the street, moments before he jumps up behind the victim

The victim remains unidentified but she told the local news station that she wants justice to be served.

Police are now turning to the public to help find the suspect, who is described as a thin, black man in his 20s around 5 feet, 9 inches tall.

Surveillance footage showing the suspect walking down the street and approaching the victim was released on YouTube on Tuesday.

The Mayor’s Office is offering a $10,000 reward in the arrest and conviction of the man. 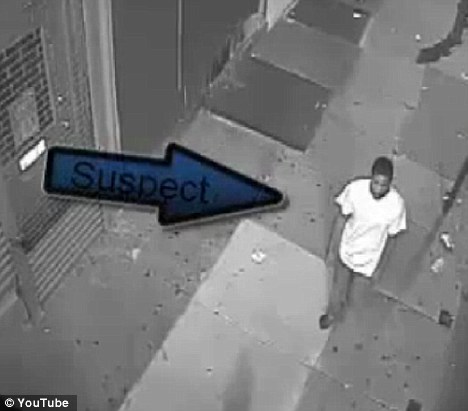 Hunt: The victim says she wants justice to be served and police are turning to the public for help in finding the alleged attacker