Shots were allegedly fired on Saturday night outside the taping of the BET Hip Hop Awards in Atlanta following a shoving match that broke out backstage between rappers Young Jeezy and Rick Ross.

According to TMZ sources, the two performers exchanged heated words during the ceremony and started pushing each other before their bodyguards and BET security intervened and separated the two men.

But that was apparently not the end of the incident. According to eyewitnesses, soon afterwards a member of Ross’s entourage went to the parking lot of the Boisfeuillet Jones Atlanta Civic Center and pulled out a gun, firing several shots. 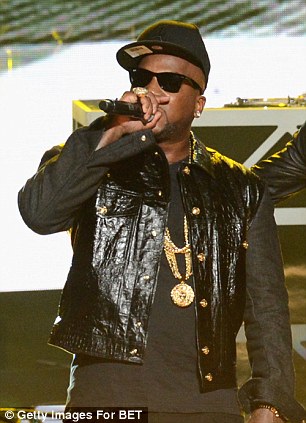 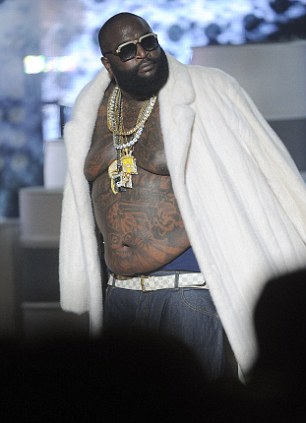 Fisticuffs: Rapers Rick Ross, right, and Young Jeezy, left, allegedly got into a shoving match backstage at the BET Hip Hop Awards, which resulted in shots being fired

No injuries were reported, and police have denied that shots were in fact fired.

Sources said that the concert venue was temporarily shut down during a musical tribute to the late hip hop mogul Chris Lighty. The building later reopened and the taping of the awards show continued with heightened security.

According to the Atlanta Police Department, neither Young Jeezy nor Rick Ross was arrested in connection to the altercation.

Rick Ross, 36, and Young Jeezy, 34, have not enjoyed a good relationship in the past, but lately the two appeared to be on good terms. 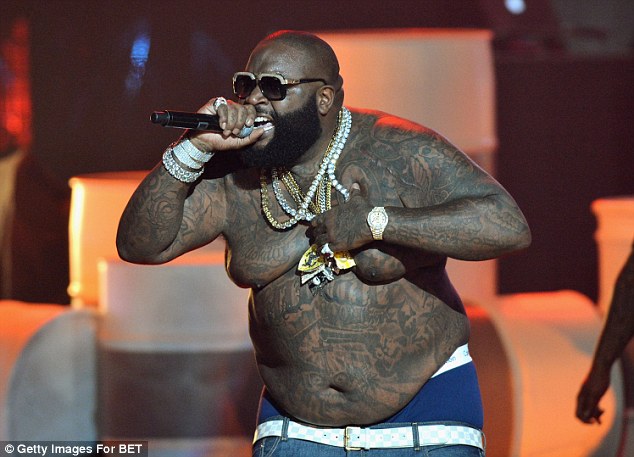 Escalation: Sources said a member of Rick Ross’ entourage went to the parking lot after the backstage altercation and fired shots

But on Saturday, Hot 97 DJ Funkmaster Flex tweeted that things between the rappers came to a head when members of their cliques crossed paths backstage.

At around 9.30pm, the DJ tweeted: ‘Jeezy and Rick Ross just had words backstage!! Pushing and shoving!!!’

Minutes later, he posted an update, telling his followers: ‘Beef just spread to the parking lot!!!’ before tweeting, ‘Shots fired in parking lot!!! Gunman arrested!!! Back to the show and the Club later!!!’ 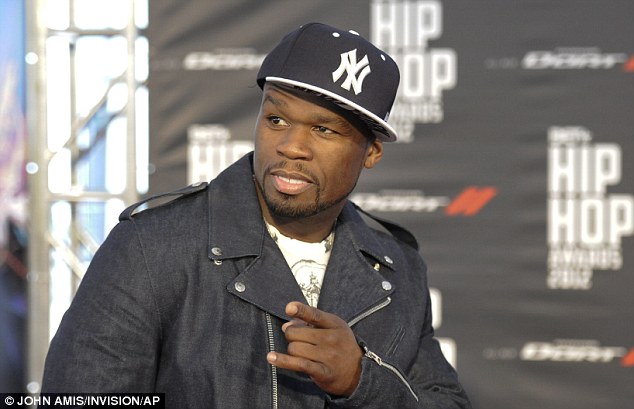 More trouble: Eyewitnesses said that Ross’ protégé Gunplay was involved in a fight with members of 50 Cent’s (pictured) G-Unit camp

Multiple sources confirmed to MTV News that Ross’s protégé Gunplay was also involved in a fight with members of 50 Cent’s G-Unit camp.

The BET Hip Hop Awards will air on October 9.