Two alleged killers awaiting trial on murder charges are on the run after breaking out of an Arkansas jail early on Monday morning.

Cortez Rashod Hooper, 23, and Quincy Vernard Stewart, 36, used a hacksaw to cut through the metal bars covering the window of the cell they shared, then smashed the glass pane and crawled out, county dispatcher Vanessa Schaeffer said.

Two mattresses had been pushed through the broken window to soften their fall. 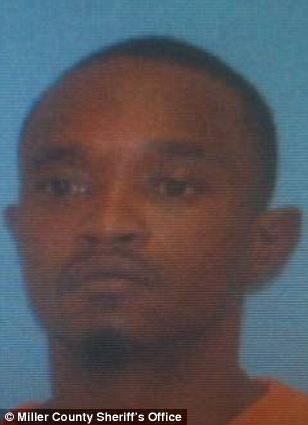 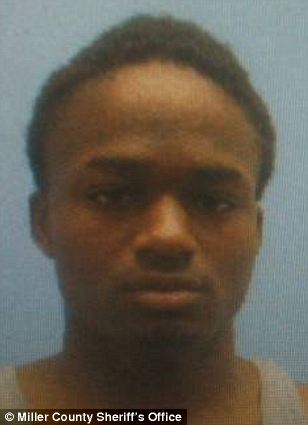 Hooper and Stewart were discovered to be missing at about 4am by prison guards at the Miller County Jail in Texarkana who found the hacksaw in their empty cell.

But staff remain baffled by how the pair managed to scale a 10-foot razor wire-topped fence that surrounds the prison.

They are also mystified by how the alleged murderers got hold of the hacksaw in the first place.

‘The only videotape we have is showing them running along the fence line outside the fenced-in area. 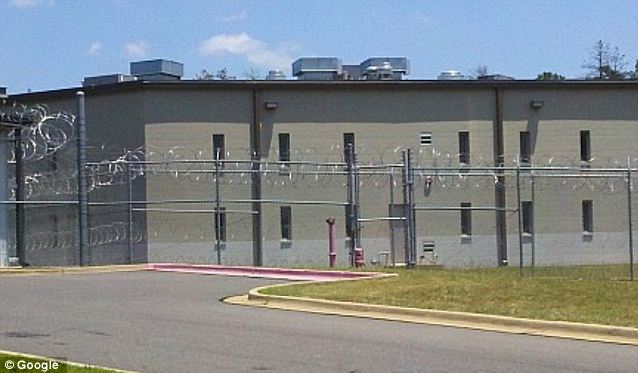 Puzzling: Staff at the Miller County Jail are baffled by how the pair managed to get over the 10-foot razor wire-topped fence

‘We have no substantial leads to pass on to the state police at this time. We don’t have anything concrete to go on right now.’

A K-9 unit was brought in but failed to track the men. Local and national authorities have been notified and members of the public are warned to stay away from the suspects if they see them.

Hooper is described as being about five feet tall and weighing 130 pounds. He is charged with first-degree murder and aggravated assault.

Stewart is 5 foot 7 and weighs 169 pounds. He was being held on a capital murder charge from Bowie County, Texas and is also charged with possession of a controlled substance.

(Nudity Warning!!!)Brothers bullied and beaten for having full-grown breasts have surgery to remove them