An Oregon school bus driver has won the right to fly a Confederate Flag emblazoned with the word ‘redneck’ from his truck  as he drives to work – after a court ruled school administrators who banned it were violating the Constitution’s First Amendment.

Kenneth Webber, 28, filed a freedom-of-speech suit against Oregon’s Jackson County School District 4, and reportedly won the first round of legal sallies when a federal magistrate  recommended on Thursday the case proceed to trial.

‘The law governing Webber’s First Amendment rights is clearly established,’ Magistrate Judge Mark Clarke reportedly concluded. ‘The display of a flag is an act of symbolic expression protected under the First Amendment.’ 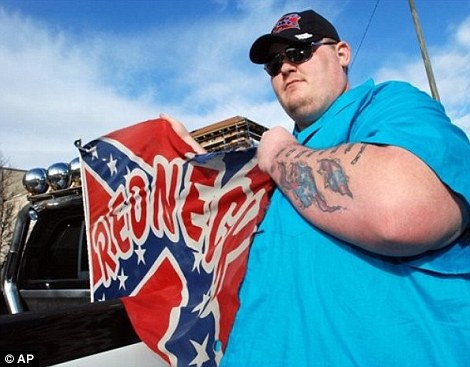 A second federal judge – who will potentially preside over Webber v. First Student, Inc. at trial – must now decide whether to accept Clarke’s recommendation and schedule the matter for a courtroom proceeding, The Christian Science Monitor reported.

As for Webber, he defiantly declared to The Associated Press, ‘My flag will fly. No one here is gonna tell me what I can and can’t believe in.’

The maker of the flag had emblazoned the word, ‘Redneck’ across its breadth. Webber reportedly said his father had made a birthday gift of it to him in 2009.

‘My flag will fly. No one here is gonna tell me what I can and can’t believe in.’

Webber, who resides in Medford, is an affable, portly sort and married father of four, who had driven for First Student, Inc., a contracted bus provider to the K-to-12 school district in Jackson County, for the previous four years. Specifically, Webber drove a kindergarten bus for Talent Elementary School.

He attends nearby Rogue Community College and harbors hopes of one day getting a degree in juvenile corrections.

On one of his ample arms, he sports an American flag and the words ‘100 per cent American.’ On his other, beefy limb, a second tattoo features tears bleeding into a Confederate flag along the words ‘Pure Redneck.’

‘I believe in God and know he’ll get us through this,’ he reportedly said last year.

After noticing the flag, Superintendent Bergreen ordered First Student, Inc. bosses to force Webber to surrender it, or else park in a public spot somewhere off school grounds. The district owns the bus yard where Webber had been parking his personal vehicle, and leases it to First Student, Inc. 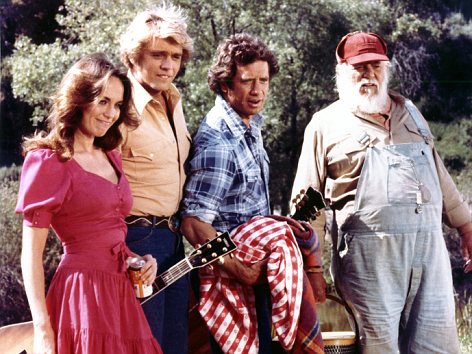 Like the classic characters on the hit T.V. show, The Dukes of Hazzard, Webber claims he is a tried-and-true ‘Red Neck’

‘The fact is, our district is about 37 per cent minority students,’ Bergreen told the AP in 2011. ‘It’s fairly common knowledge that the Confederate battle flag is perceived by folks as a racist or negative symbol. The Southern Poverty Law Center said more than 500 extremist groups use it as one of their symbols.

‘We have a policy,’ he added. ‘It’s about displaying symbols on school property that were racist, or had (the) potential to be seen as racist.’

But Webber complained that the nearest public spot was one mile’s walk to the bus yard, and so he refused.  Supervisors first suspended him for his intransigence; then fired him over it. Webber feels the issue is one of principle.

Born in Riverside, Calif., Webber regaled an AP reporter about how his family moved around the country as his father was transferred from Air Force base to Air Force base, until they settled in Southern Oregon when he was 11. 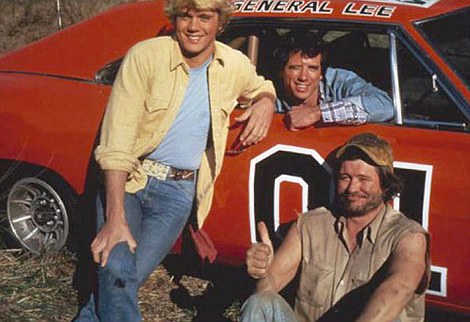 As children, he and friends considered themselves ‘backyard rednecks.’ They hunted, fished, roamed the mountains, and drove ATVs in the mud. He dropped out of high school before tackling corrections in college.

Webber said flying the flag had nothing to do with racism, extremist groups or politics.

‘When you’ve got the word ‘Redneck’ going straight across (the flag), it takes away that whole thing (about racism),’ Webber said. ‘It’s just about standing up for what you believe in. This is one thing I’m doing. It ain’t coming down.’

Magistrate Clarke said in his ruling that he found no evidence the flag had disrupted school operations, or that any of the district’s students had even laid eyes on Webber’s flag while it flew atop his parked truck in the bus yard.

‘When you’ve got the word ‘Redneck’ going straight across (the flag), it takes away that whole thing (about racism). It’s just about standing up for what you believe in. This is one thing I’m doing. It ain’t coming down.’

‘The U.S. Supreme Court has held that it is ‘a bedrock principle underlying the First Amendment… that the government may not prohibit the expression of an idea simply because society finds (it) offensive or disagreeable,’’ said John Whitehead, whose Rutherford Institute is representing Webber in his legal plight, to theAP.

‘Ken Webber’s case is a clear example of what happens when free speech and political correctness collide.’