A school cafeteria worker in Missouri lost her job after giving away free food to a student in need.

Dianne Brame, 60, had been sneaking hot meals to fourth grader who always came without money to lunch at Hudson Elementary in Webster Groves, St Louis County.

The boy had previously been on the free lunch program but Brame believes his parents didn’t understand how to reapply for the new school year. 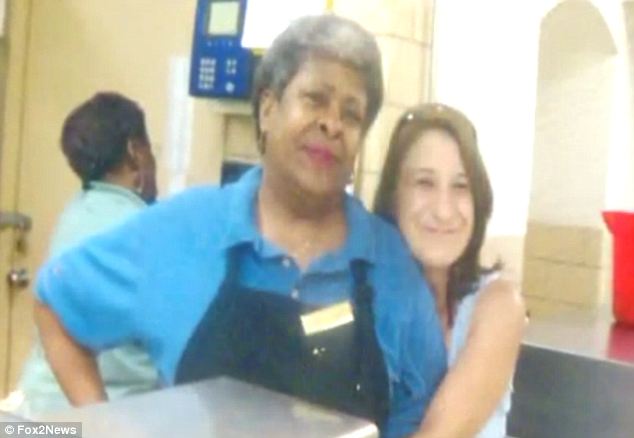 Popular: Dianne Brame continues to be a popular member of staff

When Brame’s employers found out that she had been giving out food against regulations she lost the job she had loved for the past two years.

Brame told Fox2now how much she enjoyed her work: ‘I knew kids by their names, I knew their likes and dislikes, so it was just fun.’

When she noticed the one boy always had the standard plain cheese sandwich, which is given to children with no lunch money, Brame began to worry. 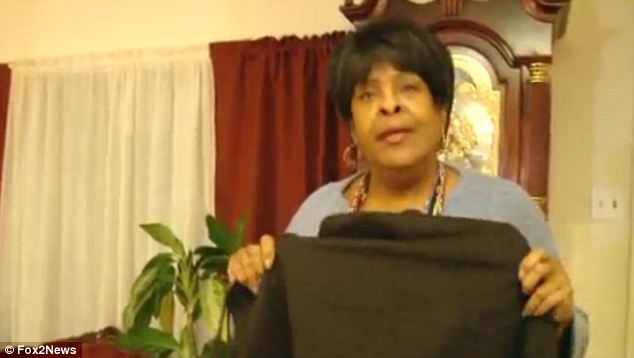 So Brame began bending regulations to feed the boy hot meals. But this was dimly viewed by her employers, Chartwell’s School Dining Services.

Brame explained: ‘I let his account get over $45 which I’m only supposed to let it get over $10, and I started letting him come through my lunch line without putting his number in, and they look at that as stealing. I thought it was just taking care of a kid.’

Her supervisor gave Brame a stark choice – to take a demotion at another school or lose her job. As she explains, she could only take a job within walking distance so told her supervisor to sack her.

‘My husband died in February, I lost my home, car got repo’ed,’ Brame told Fox, ‘Hudson is in walking distance from me, so I took the firing. Fire me.’

When this story was first reported Brame said she wouldn’t have changed a thing about her dismissal.

But following a huge response from the local community, on Friday Brame was reinstated to her job.

Higher-grade Chartwells’ employees overruled Brame’s supervisor and the company has described the incident as ‘an unfortunate misunderstanding.’

A statement said: ‘Chartwells is pleased to have resolved this misunderstanding together with the employee and she will be at work, as usual, this coming week.’

With news of Brame’s rehiring, her son wrote an emotional tribute on Fox2now, claiming: ‘What she was doing at the school for that little boy did not surprise me at all. It is who she is.

‘A strong, beautiful, and compassionate woman. When my brother and I asked her about lawsuits and tightening the screws on her employer in typical Mom fashion she said no but I would like to have my job back because even though I broke the rules I did not do anything wrong.’

Back to work: Brame has been reinstated and will return to the school on Monday