Scientists have discovered a new way of administering oxygen to the blood which could allow people to stay alive without breathing.

The amazing breakthrough could change medical science by eliminating the need to keep patients breathing during complex operations.

The procedure, which works by injecting oxygen molecules enclosed in fatty molecules directly into the bloodstream, could grant people an extra 30 minutes of life when they cannot breathe. 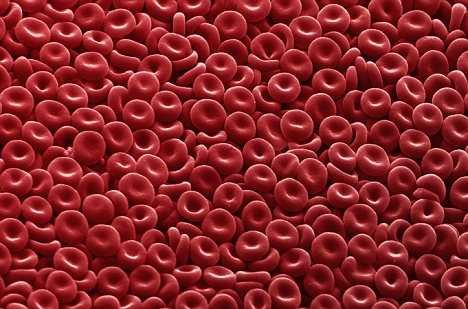 John Kheir, of the Boston Children’s Hospital, was inspired to begin his groundbreaking research after he experienced a patient’s tragic death, according to ScienceDaily.

He was operating on a young girl whose pneumonia led to fatal brain damage after doctors were unable to place her on a breathing apparatus in time to save her.

In response, Dr Kheir started working on the idea of bypassing the pulmonary system and inserting oxygen directly into the blood.

Early experiments showed that the intervention could in theory be very successful, he said: ‘We drew each other’s blood, mixed it in a test tube with the microparticles, and watched blue blood turn immediately red, right before our eyes.’

However, injecting pure oxygen into the bloodstream in gas form failed miserably when it was attempted 100 years ago, as it formed dangerous bubbles in the veins. 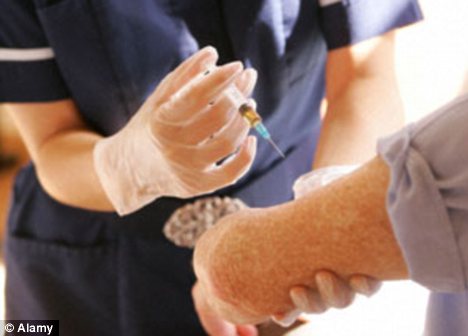 Injection: The procedure could become routine, its inventor predicts

Much of Dr Kheir’s research therefore involved finding a substance which could enclose the oxygen and allow it to be suspended in a liquid for injection into the body.

He found that using fatty molecules called lipids was the best way to retain oxygen after using sound waves to trap the two substances together into particles so small they can only be seen with the help of a microscope.

The particles were then made up into a liquid which is very heavily oxygenated – carrying ‘three to four times the oxygen content of our own red blood cells’, according to Dr Kheir.

When the liquid solution was injected into animals with abnormally low levels of blood oxygen, their blood returned to normal within seconds.

And when it was administered to animals which were entirely unable to breathe, they remained alive for 15 minutes and were at lower risk of health complications.

When used on humans, the oxygen could probably last for up to 30 minutes, though injecting it for any longer could damage the patient’s blood.

‘This is a short-term oxygen substitute – a way to safely inject oxygen gas to support patients during a critical few minutes,’ Dr Kheir said.

He added that he thought the technique could become routine for doctors and parademics dealing with emergency situations.

‘Eventually, this could be stored in syringes on every code cart in a hospital, ambulance or transport helicopter to help stabilise patients who are having difficulty breathing,’ he said.