Scientists believe they are close to creating a single-dose cure for all strains of malaria.

A team from the University of Cape Town said a recently discovered compound, called MMV390048, may also be able to block transmission of the parasite from person to person.

Conventional multidrug malaria treatments only work for a short period of time as the malaria parasite becomes resistant to them. 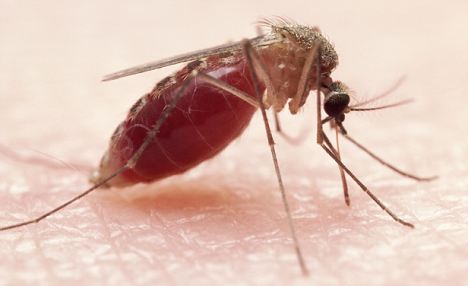 A mosquito gorged with human blood: The insects carry the life-threatening malaria parasite

However, the UCT team led by Professor Kelly Chibale said their new treatment ‘killed these resistant parasites instantly’ in more than 18months worth of trials.

Naledi Pandor, the Minister of Science & Technology in South Africa, said: ‘This is a significant victory in the battle to alleviate the burden of disease in the subcontinent.

‘Clearly the war on this disease is not yet won, but I am excited by the role that our excellent scientists have played in this milestone in finding a potential cure for malaria and possibly preventing its transmission.’

The promising new compound shows potent activity against multiple points in the malaria parasite’s lifecycle, which is why it could stop the parasite from spreading between human populations. 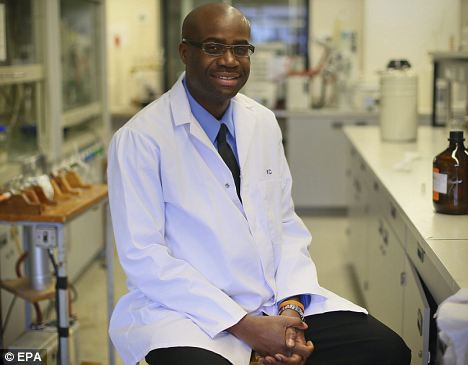 Symptoms of malaria include fever, headache, and vomiting, and usually appear between 10 and 15 days after the mosquito bite. If not treated, malaria can quickly become life-threatening by disrupting the blood supply to vital organs.

The compound is being developed by scientists at the University of Cape Town in collaboration with the Medicines for Malaria Venture based in Switzerland.

So far it has displayed a complete cure of animals infected with malaria parasites in a single dose given orally, and thus has the potential to cure millions of people. It is also active against a wide panel of resistant strains.

‘We are very excited that this promising compound, researched by African scientists, has been selected by MMV for further development,’ said Dr Chibale.

‘Our team is hopeful that the compound will emerge from rigorous testing as an extremely effective medicine for malaria – a disease that accounts for 24 per cent of total child deaths in sub-Saharan Africa.’

The Order Of Myths: Film on the history of Mardis Gras from Mobile, Alabama