The first-ever complete computer model of a tiny, sexually transmitted bacteria is now ‘living’ inside a computer.

The ‘complete’ model of the ‘Mycoplasma genitalium’ bacteria behaves exactly like the real thing – based on data from 900 scientific papers.

The discovery could pave the way for scientists to design new bacteria in the same way we design cars or 3D models now.

Every chemical change inside the bacteria is simulated at the molecular level – a breakthrough that could be a a stepping-stone towards creating tailor-made life forms. 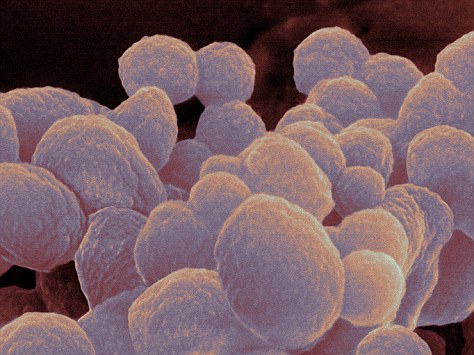 It’s alive! The ‘complete’ model of the ‘Mycoplasma genitalium’ bacteria behaves exactly like the real thing – based on data from 900 scientific papers

The field  of ‘synthetic biology’ came into being in 2010 when billionaire scientist Craig Venter addedsynthetic DNA to a bacteria cell to create a ‘new’ life form. An Oxford ethicist warned that it opened the door to ‘the most powerful bioweapons imaginable’.

Since then, the field has changed.

Worryingly, enthusiasts calling themselves ‘biohackers’ – and calling the field DIYBio – have begun experimenting with their own ‘synthetic biology’ projects, such as MIT graduate Kay Aull’s reprogramming of E Coli’s genome.

The Stanford discovery will have impact in the longer term – but could lead to artificial life being ‘designed’ as easily as cars are now.

Stanford bioengineering graduate student Jayodita Sanghvi says, ‘You don’t really understand how something works until you can reproduce it yourself.’

Mycoplasma genitalium is a humble parasitic bacterium known mainly for showing up uninvited in human urogenital and respiratory tracts.

But the pathogen also has the distinction of containing the smallest genome of any free-living organism – only 525 genes, as opposed to the 4,288 of E. coli, a more traditional laboratory bacterium.

‘Comprehensive computer models of entire cells have the potential to advance our understanding of cellular function and, ultimately, to inform new approaches for the diagnosis and treatment of disease.’

Being able to ‘simulate’ life will allow researchers to perform far more complex experiments than were previously possible.

By ‘mutating’ virtual life forms, scientists can answer questions that would be impossible with other methods. 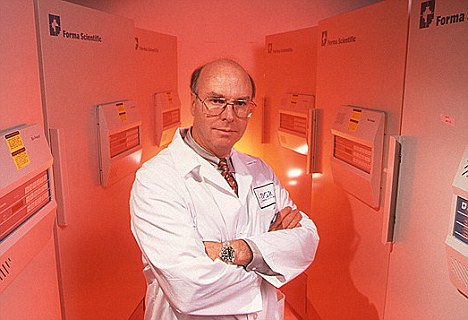 ‘Many of the issues we’re interested in aren’t single-gene problems,’ said Covert. ‘They’re the complex result of hundreds or thousands of genes interacting.’

Even at this small scale, the quantity of data that the Stanford researchers incorporated into the virtual cell’s code was enormous.

The final model made use of more than 1,900 experimentally determined parameters.

Much of the model’s future promise lies in more applied fields.
CAD – computer-aided design – has revolutionized fields from aeronautics to civil engineering by drastically reducing the trial-and-error involved in design.

But our incomplete understanding of even the simplest biological systems has meant that CAD hasn’t yet found a place in bioengineering.

Computational models like that of M. genitalium could bring rational design to biology – allowing not only for computer-guided experimental regimes, but also for the wholesale creation of new microorganisms.

Bio-CAD could also lead to enticing medical advances – especially in the field of personalized medicine. But these applications are a long way off, the researchers said.

‘This is potentially the new Human Genome Project,’ Karr said. ‘It’s going to take a really large community effort to get close to a human model.’

Did sexual equality fuel the evolution of human cooperation?