Experiments with echoes of Frankenstein suggest electricity could one day be used to regenerate tissue and regrow lost limbs.

In the distant future they may even help people with severed limbs, such as victims of industrial accidents or soldiers, to grow new arms and legs. There is also evidence that bio-electric fields play a role in regenerating lost fingertips, especially in children.

But the importance of electricity in wound healing and tissue repair has been largely overlooked because of its association with Victorian quackery and Frankenstein, according to Dr Ann Rajnicek.

‘Electricity is key; its something that has been under-appreciated,’ she said. ‘But people still think of Frankenstein and the Victorian age. Even when you try to sell the idea to a research funding agency, they say ‘oh no, I’m not sure about that’.’ 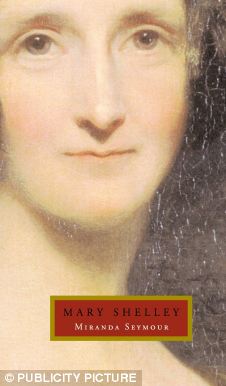 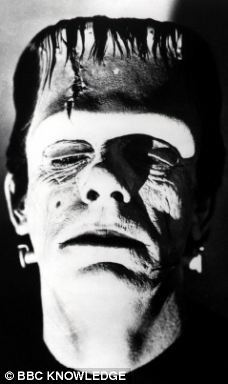 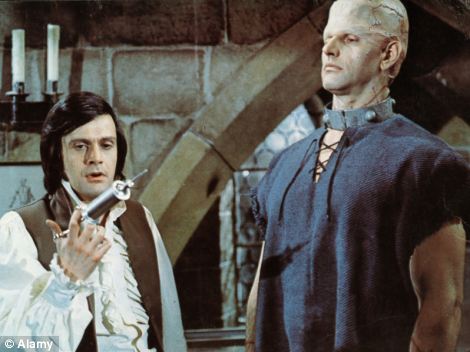 During the Victorian era, when the novel was written, electricity and its biological effects gripped the public imagination.

Electrical devices were built that were supposed to treat all manner of ills, from depression to kidney disease and impotence.

In a show conducted in Glasgow in 1818, the corpse of a man hung for murder suddenly sat up, causing members of the audience to flee in terror. One man fainted.

Dr Rajnicek’s research at the University of Aberdeen has demonstrated the effect of electricity on flatworms rather than human corpses.

‘We’re using flatworms that multiply asexually by spontaneous fission,’ she said. ‘The worm snaps itself in two like an elastic band so you have one end missing a head and other missing a tail. 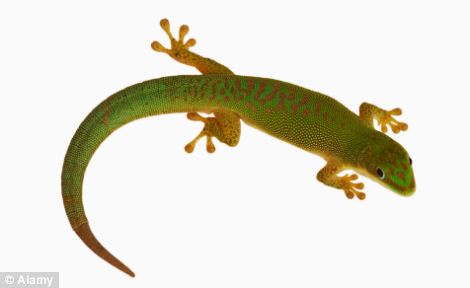 ‘We believe the natural electrical field that’s associated with the wounding process acts like a compass to tell cells where to migrate. You get a field that points towards the wound and directs cells there.

‘We’ve also found that there’s a gradient – the electrical field is positive but at the very tip of the head of the worm its much less positive, so the animal has natural electrical polarity. We think the stem cells are being directed to build either a head or tail because one end is more positive and the other end is more negative.’

When a flatworm is cut, electricity leaks out of the wound – and the same thing occurs in all other animals, including humans, said Dr Rajnicek. ‘The skin [is] like a battery,’ she said. 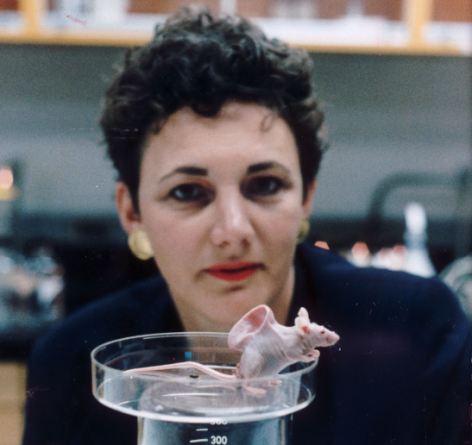 Earmouse: MIT Scientists managed to graft a lab grown human-like ear onto the back of a mouse in 1995

In animals that regenerate limbs, such as flatworms and amphibians, the leakage produces an electrical potential that causes cells at the ‘stump’ to regress to an embryonic state. They can then mature into different kinds of new regenerated cells.

By reversing the polarity of the electric field at the wound site, Dr Rajnicek was able to produce worms with heads where their tails should be, and vice-versa. Manipulating the field led to worms with two heads or two tails.

The scientists know there is much more to the story because flatworms are not completely simple creatures. They have complex nervous systems with two parallel nerve cords and a brain, eyes, a gut, and around 40 different cell types.

‘We are still at the early stages, but we want to look at the genes that are switched on or off by the presence or absence of this field,’ said Dr Rajnicek, who gave a presentation on her work at the British Science Festival at the University of Aberdeen.

There is evidence that the leakage of electricity from wounds aids healing in humans, she added.

In the 1980s, researchers studied cases of children who regrew the tips of their fingers after having them sliced off in car doors. 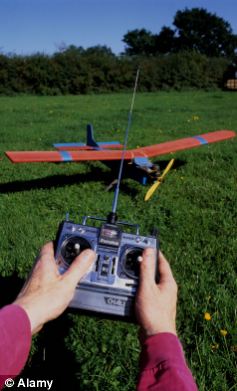 They found that younger children healed better, and also leaked the most current from their wounds. When the wounds were sutured and sealed up, it prevented regeneration.

Another case in 2008 involved American Lee Spievak who chopped half an inch off the end of a finger in the propeller of a model aeroplane. The finger tip was lost, but Mr Spievak treated himself with a powder obtained from a tissue engineering lab at the University of Pennsylvania where his brother worked. The media described the regrowth of his finger tip as a ‘medical miracle’.

Mr Spievak put his recovery down to the powder, prepared from pigs bladder cells, which he called “pixie dust”. Dr Rajnicek believes growth factors in the powder may have worked in conjunction with the electrical effect of the open wound.

Covering up open wounds might help prevent infection, but could also hinder recovery, she suggested.

A team from the University of North Texas improved sensory nerve function in 10 patients using electrical stimulus, although no effect was seen on motor function.

‘We’re not saying electricity is the only thing that matters, but it is one piece of the puzzle that has been neglected,’ said Dr Rajnicek.