The Secret Service is investigating a mentally unstable Florida man who made threats against Barack Obama and former President Bill Clinton while both men were in the state, according to officials.

Federal and local agents stormed the suspect’s apartment complex early Thursday evening, which is just four miles away from where Obama paid a surprise visit to a Cuban restaurant in central Florida.

The suspect, who has not been named by authorities, was taken into custody in his apartment and taken away strapped down on a gurney, reported ABC News. 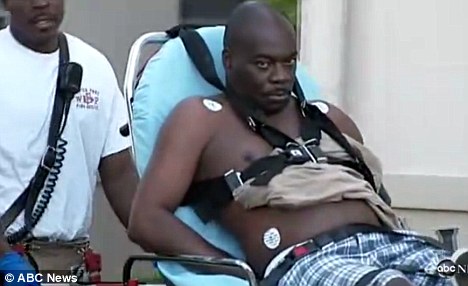 Under surveillance: U.S. Secret Service took this mentally unstable man into custody Thursday after he made threats against either Barack Obama, Bill Clinton or both men 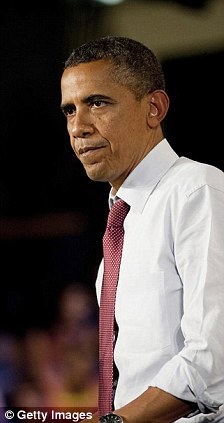 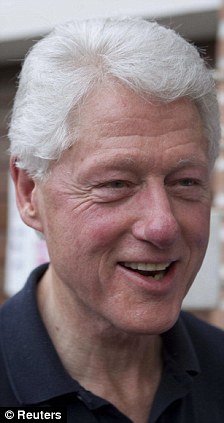 Threatened: Both President Barack Obama, pictured left during Thursday’s Florida campaign rally, and Bill Clinton were in the same state as the suspect

‘They [secret service agents] were all over the place with guns drawn, looking for someone,’ Stanley Saunders, a resident of the apartment complex, told the station.

It is not clear if the verbal threats the man made to the Secret Service were against Obama, Clinton or both men.

The threats, reported to the Department of Veteran Affairs, prompted a quick response, especially because the President was still in the area.

Shortly after 6pm Thursday authorities descended on the Winter Park Pointe apartments, which are just four miles from where Obama made a unscheduled stop at a Cuban restaurant. 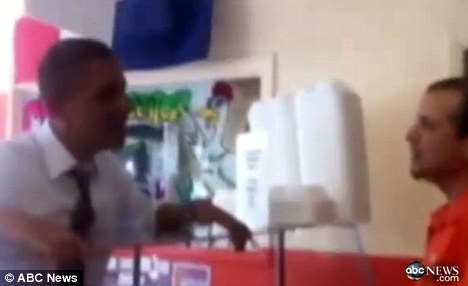 Threatened: The threats were taken seriously and dealt with quickly as the suspect lives just four miles away from where Barack Obama visited a Cuban restaurant 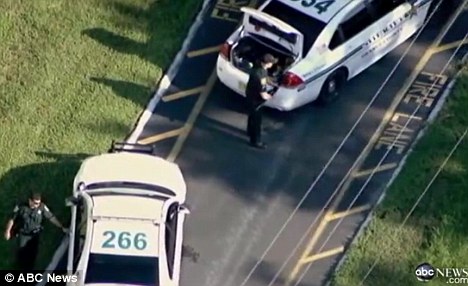 Mission: Both federal and local agents raided the suspect¿s apartment complex around 6pm on Thursday 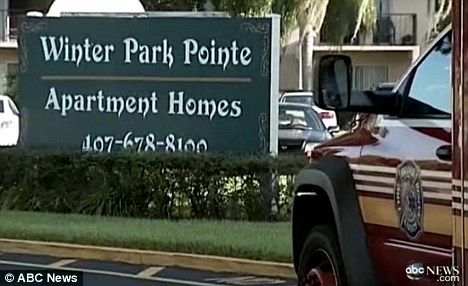 Detained: The suspect, who was taken into custody at his apartment in Winter Park, will be monitored by health experts for three days and then he may be arrested

However, the man did not attempt to attend Obama’s campaign event at Rollins College in Winter Park, near Orlando or get close to the President or Clinton.

A Secret Service Spokesman described the suspect as mentally unstable and told ABC that he had been hospitalised.

‘During the interview with the subject it was determined he was in need of assistance,’ Orange County Sheriff’s department spokesman Jeff Williamson told ABC News. ‘Deputies transported the subject to the location for the evaluation and turned the case over to the U.S. Secret Service.’

The suspect’s landlord, Dennis Abriola, told WFTV that the man was ‘a complete gentleman’ who never caused any problems.

Rick Williams, another resident from the complex, described his scare at seeing a gun-wielding deputy..

According to officials, the suspect will be monitored by health experts for three days and then he may be arrested.