An Ohio sheriff’s deputy has been caught on camera brutally beating a prison inmate.

Horn and another officer, Deputy Kip Danks, have been suspended with pay while the incident is being investigated. 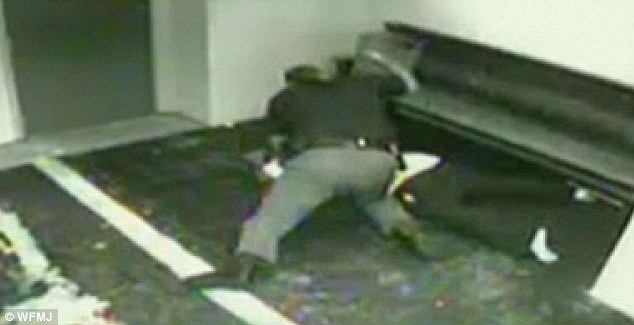 Danks was standing outside the cell during the August 1st beating, along with six other officers who are being questioned.

‘I was horrified when I seen (sic) the film,’ Mahoning County Sheriff Randal Wellington toldWFMJ.com, adding that Deputy Horn could face assault charges.

‘Somebody’s going to have to pay the consequences of what happened there’. 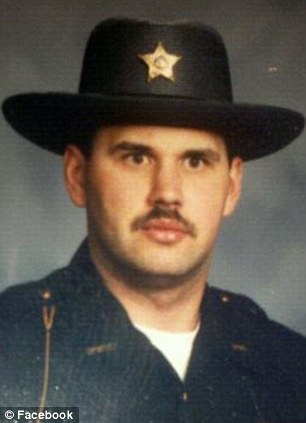 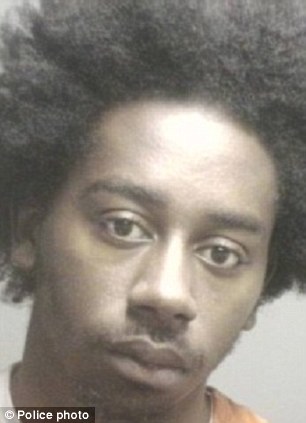 Retrial: Duniek Christian, 27, pictured, was in the Mahoning Court a case he was found guilty of is being retried

The sheriff’s office isn’t revealing the motive for the beating, which left Horn with a broken finger.

‘It looks like someone, the deputy, might have lost his cool and got upset and took it out on the inmate,’ Engler told WFMJ. 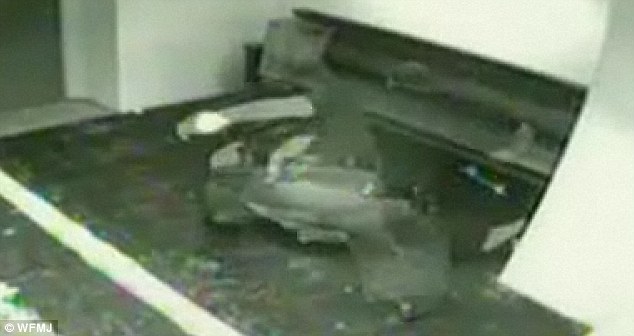 Punching: In the video, the sheriff’s deputy, pictured, can be seen repeatedly striking Christian

‘It’s sort of shocking and very surprising to me, because I know the deputy.’

The incident took place as Christian was changing back into his prison jumpsuit in the basement of Mahoning County Courtroom.

He had just appeared for a pretrial hearing in his role in a 2008 case that is being retried, according to WYTV.

Christian was found guilty of seven counts of felony assault of a police officer for allegedly driving a car and shooting at law enforcement with automatic weapons. 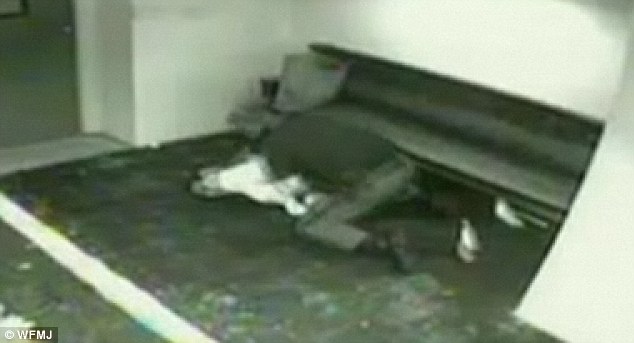 Injuries: Christian’s lawyer claims the 27-year-old suffered injuries that were not treated while Horn broke his finger in the beating

But the 7th District Court of Appeals reversed the decision and sent it back to court.

The new trial is planned for September 24.

According to WYTV, while facing an obstructing justice charge in January 2011, a Youngstown Municipal Court judge ordered his mouth duct-taped shut because he continuously argued with the judge.