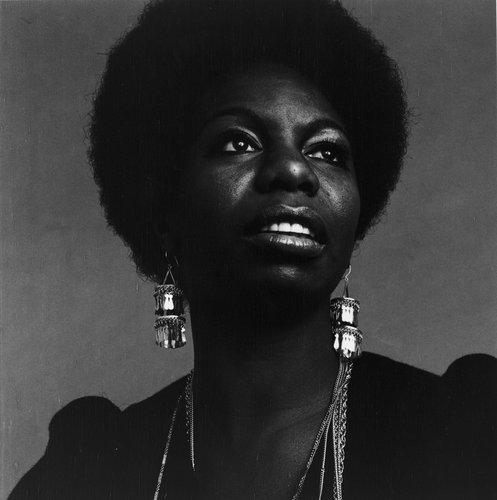 A portrait of Nina Simone.

In the digital age Hollywood casting decisions leaked from behind closed doors can instantly become fodder for public debate. And when the decision involves race and celebrity, the debate can get very heated.

The online media world has been abuzz with criticism for nearly a month now over the news — first reported by The Hollywood Reporter — that the actress Zoe Saldana would be cast as the singer Nina Simone in the forthcoming film“Nina” based on her life.

Few have attacked Ms. Saldana for her virtues as an actress. Instead, much of the reaction has focused on whether Ms. Saldana was cast because she, unlike Simone, is light skinned and therefore a more palatable choice for the Hollywood film than a darker skinned actress.

“Hollywood and the media have a tendency to whitewash and lightwash a lot of stories, particularly when black actresses are concerned,” said Tiffani Jones, the founder of the blog Coffee Rhetoric. Ms. Jones wrote a blog post titled “(Mis)Casting Call: The Erasure of Nina Simone’s Image.”

“When is it going to be O.K. to not be the delicate looking ideal of what the media considers blackness to be?” Ms. Jones said in an interview.

Ms. Jones’s post linked to an online petition at the Web site Change.org that calls for Cynthia Mort, the writer and director of the film, and Jimmy Iovine, executive producer, to “replace Zoe Saldana with an actress who actually looks like Nina Simone.” The petition had gathered more than 2,100 supporters as of Wednesday morning. A representative for Ms. Saldana said the actress was not available for comment.

Controversies over casting are now common, with a result that choices for popular films like “The Hunger Games”become events in themselves. (Some viewers took to Twitter to express their anger over the casting of black actors in the roles of Rue, Cinna and Thresh.) But the proposed choice of Ms. Saldana to play Simone has reignited the conversation of colorism — Alice Walker’s term for discrimination based on gradations of skin color. 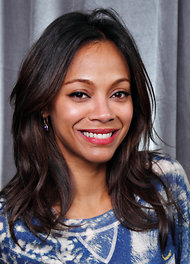 Recently an online petition was circulated to protest the casting of the light-skinned actress Thandie Newton in the film based on Ngozi Adichie’s novel “Half of a Yellow Sun,” which centers on the Nigerian Civil War (1967-70); there was some criticism of the casting of the biracial Jaqueline Fleming as Harriet Tubman in the film “Abraham Lincoln: Vampire Hunter.”

The disagreement over the Simone biography has resonated in part because of her place in music and social history. In addition to being a classically trained pianist, Simone, who died in 2003 at the age of 70, was a musical powerhouse known to her fans as the High Priestess of Soul who combined the styles of folk, jazz and blues with her deep, velvet voice.

She also became a major figure in the civil rights movement of the 1960s and a fixture at protests like the Selma to Montgomery March. In addition to her popular renditions of “I Loves You, Porgy,” and “My Baby Just Cares for Me,” she also wrote songs that addressed racism facing African-Americans, including “Mississippi Goddam,” composed in response to the killing of Medgar Evers, and “Four Women,” which described the histories and skin tones of four black women. Simone celebrated her looks, which were unconventional by show-business standards, with a personal style that included tribal inspired jewelry and hairdos.

Casting an actress who does not look like Simone is troubling, said Yaba Blay, a scholar of African and diaspora studies and the author of a forthcoming book called “(1)ne Drop: Conversations on Skin Color, Race, and Identity.”

“The power of her aesthetics was part of her power,” Dr. Blay said. “This was a woman who prevailed and triumphed despite her aesthetic.” Dark-skinned actresses, she added, are “already erased from the media, especially in the role of the ‘it girl’ or the love interest.”

The film is the brainchild of Ms. Mort, who wrote the script and will direct as well. Her credits include writing and producing television shows like “Rosanne” and “Will & Grace” and the 2007 film “The Brave One” starring Jodie Foster. The new film is scheduled to begin shooting in mid-October in Santa Barbara, Calif.

According to Ms. Mort, who is white, the film was not intended to be a biography in the strict sense, but instead “a love story about an artist’s journey unto herself,” she said.

“There’s a difference,” she added, “between telling a story that includes and involves emotion and experiences and doing a biopic — she was born here, she did this, she did that. That is also a great story, but that’s not what we’re telling in that kind of linear fashion.”

Ms. Mort said that she was still in the process of confirming whether Ms. Saldana would play Simone. David Oyelowo will play Simone’s companion and love interest, a composite character based on Simone’s manager and caretaker, Clifton Henderson.

The singer Mary J. Blige was first cast to play Simone until she had to bow out for what Ms. Mort described as “scheduling issues,” though Ms. Blige said publicly she had spent years preparing for the role. The rumors of Ms. Saldana’s casting prompted Simone’s daughter, Simone Kelly, to write a note to her mother’s fans on the official Nina Simone Facebook page. Ms. Kelly, who was born Lisa Celeste Stroud, said that the project was unauthorized, and that Simone’s estate had not been asked permission or been asked to participate in the film.

“My mother was raised at a time when she was told her nose was too wide, her skin was too dark,” Ms. Kelly said in an interview. “Appearance-wise this is not the best choice,” she added, referring to Ms. Saldana.

Ms. Kelly, who described herself as a fan of Ms. Saldana’s work, said she would have preferred to see actresses like Viola Davis or Kimberly Elise. She added that her mother’s own choice to play her was Whoopi Goldberg.

Ms. Kelly also took issue with the creative license taken by Ms. Mort’s script, particularly the story line that Simone had a romantic relationship with Mr. Henderson. In the Facebook post Ms. Kelly wrote: “Clifton Henderson was gay. He was not attracted to women. So, the truth is … Nina Simone and Clifton Henderson NEVER had a relationship other than a business one.”

Ms. Mort described Mr. Henderson’s character as “a composite of many different loves and aspects of love in Nina’s life.”

Vic Bulluck, the executive director of the N.A.A.C.P Hollywood Bureau, believes the issue is the director, not the proposed star.

Dana Polan, a professor of cinema studies at New York University Tisch School of the Arts, said the issues of casting for a biopic are complicated, especially when it comes to involving the family of a celebrity. “Family don’t always know what’s best for the historical record, even if they may want to protect an image,” Mr. Polan said.

“It’s clear that Hollywood often operates from a model that lighter skin is more marketable than darker skin and this idea that anyone of color can play any character of color,” Mr. Polan said. “Allowing creative freedom is something we should encourage in filmmaking. On the other hand, Hollywood will claim creative freedom when its simply a matter of business as usual.”